Windows Live Mail, previously known as Windows Live Mail desktop, is a collection of services offered by Microsoft to digital users. It is a user-friendly desktop email program that helps you simplify the process of sending and receiving emails. It was a successor to Outlook Express in Windows XP and Windows Mail in Vista.

Windows Live Mail was initially designed to run on Windows 7 and 8 but was also compatible with a later version. It is a part of Windows Essential, which is a collection of freeware applications that aims to offer integrated services, such as forwarding messages, instant messaging, and sharing photos.

Since 2013, many people have complained about serious problems with Windows Live Mail 2012. One problem is that deleted emails keep coming back day after day, and they keep duplicating and appearing several times in the Windows Live Mail folder. This article addresses this significant concern by first exploring the causes of this technical glitch and helping you solve this issue manually or through an automated approach using Windows Live Mail to PST converter. 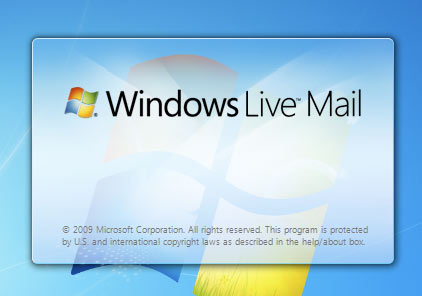 When Windows Mail crashes, it can cause several issues, the chief of which is that it keeps downloading old emails to recover email data. This issue also occurs when the email is corrupted because of malware infection, power loss, or bad encoding. So, when Windows Mail attempts to recover the corrupted mail, it creates a cluttered storage folder and a messy directory structure.

Another reason why this problem occurs is that there might be at least one message in the webmail inbox that can’t or won’t be downloaded by WLM. When this issue takes place, the POP3 protocol goes into fail-safe mode and presumes that the download session has failed and starts the whole downloading mail process again. So, either instantly or the very next minute, there’s a poll of new messages in your folder.

Moreover, this issue of continuously downloading old emails also occurs when a wrong system time is set on your computer that mismatches with the email server, resulting in the WLM downloading emails all over again and again.

It’s crucial to set the correct time and date because if your system’s time is incorrect, Windows Mail will continue to download the duplicate emails repeatedly over again in an attempt to sync to the server time. That’s why ensure that you set your system time and date correctly.

The above-stated procedures in methods 1 and 2 are the easiest manual ways to stop Windows Live Mail from downloading old emails. But if this procedure fails, the user could take the help of an automated approach, i.e., the Windows Live Mail to PST Converter tool.

Windows Live Mail converter tool has many progressive features that are useful for eliminating specific issues, such as:

To use the converter tool, simply select the “Convert” option and choose the location where you want to save your converted files. Once you’ve done that, the process is automatic — your old emails will be downloaded and saved as new files, leaving your inbox clean and free of clutter. Best of all, this process only takes a few minutes, so you won’t have to waste hours deleting old messages manually.

Most digital users have encountered various flaws when using the WLM application. So, next time, whenever thousands of old or duplicate emails are been downloaded, consuming too much space and creating a mess in your folder, you can firstly try changing the account setting and enables only the New messages option. If it doesn’t work, ensure your system’s time and date are set correctly.

If none of those methods works for you, try using the Windows Live Mail to PST Converter tool, which has numerous progressive features which will resolve issues such as duplication of emails in the mailbox or backing up thousands of old emails in storage.