Everything a PC streamer needs to start on Twitch 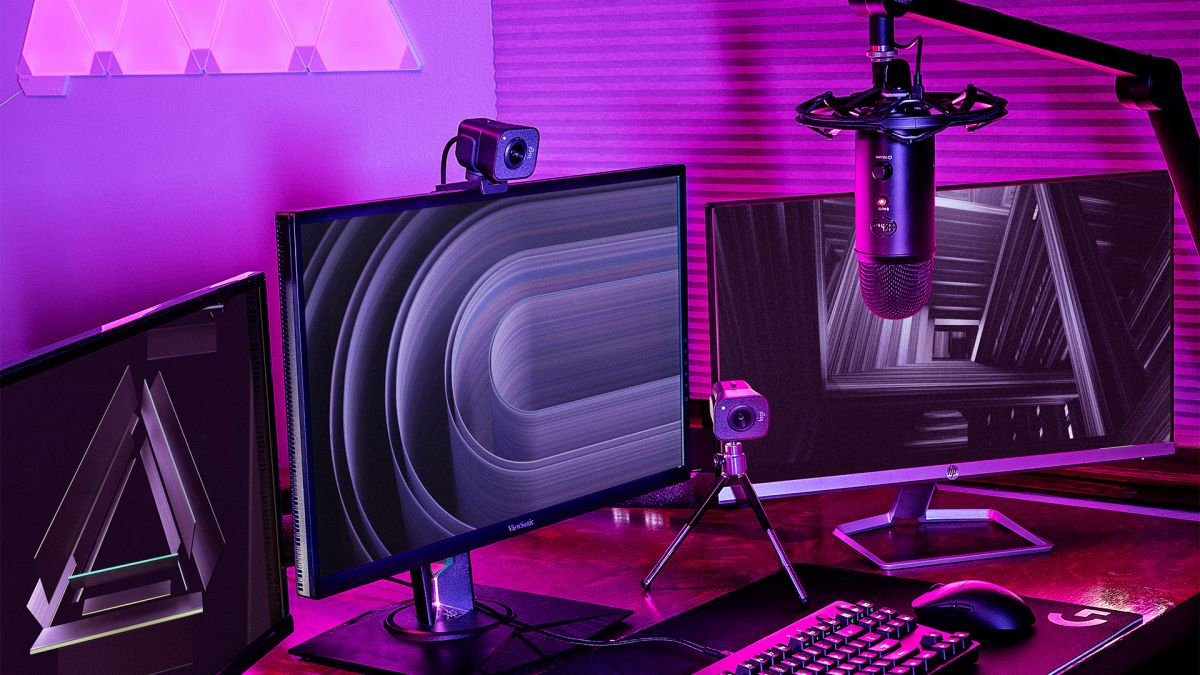 Money and video games appeared to be one-way streets at the beginning of the 2000s; you saved your salary or pocket money and bought the game you wanted to play. If you bought it second-hand, you might be able to get it a little cheaper, but you were still exchanging money for games regardless.

With the rise of Esports and Twitch, that one-way street now goes both ways. Some of the kids that dreamed of making money playing video games are now making six figures plus a year.

This is a lifestyle that appeals to a lot of people. Since you’re reading this guide, you’re probably one of them. So, how does someone get started streaming on Twitch? We spoke to one of South Africa’s leading

Millions of kids (and a fair number of adults, too) dreamed of making money playing video games, and now eSports and streaming platforms like Twitch are making their dreams come true.

Since you’re reading this guide, you’re probably one of them.

So, how does a PC streamer get started on Twitch.

Here are some pointers from Titan-Ice, one of South Africa’s leading gaming PC providers, based on the setups and stories of the world’s biggest streamers.

The first two recommendations are intangibles, but as important as any piece of technology you’ll buy.

The fact that some streamers make millions doesn’t mean you’ll get there immediately. There are thousands of people on Twitch who stream their games; you need patience to build something that stands out.

You will have nights when your viewers are few. You will have weeks when you want to give up because the pounds and dollars aren’t stacking up quickly enough. Before you begin this journey, ask yourself if you have the patience to see it through.

Just because you like video games doesn’t mean you have what it takes. There are thousands of people on Twitch and many have a viewer count in the single figures.

To separate yourself from the crowd, you may need a gimmick. For some, just being charming and entertaining is enough; banter with the audience can go a long way. For others, they play a character or have an extravagant lighting system that could be used for a rock concert.

Some people also find their ‘special sauce’ in the games they play. Maybe you could build a niche playing untranslated games, or playing games blindfolded; the possibilities are endless. At the end of the day, though, it isn’t essential – just recommended, and how some of the biggest streamers have found their success.

Let’s talk about the exciting part now – the technology.

For a Mac, a lot of the newer models should be able to run the platform fine. However, Twitch has gone on record as recommending having at least 8GB of RAM, Windows 7 or newer and an Intel Core i5-4670 processor (or an AMD equivalent) installed. Want to step up your stream and take it to the next level? Then you may need to increase your spec in line with your ambition, but when you have the freedom to do what you want, then you’re close to the magic.

Some areas simply do not have good internet connections, so this could be a bit trickier. In spite of this, fast internet speeds are becoming increasingly common with the advent of ultrafast networks and services such as Google Fiber. You must have fast internet speeds if you plan to stream on Twitch.

You may want to consider disconnecting other devices that are accessing your internet to improve your connection, since there are thousands of live streams available at any given time and people may leave quickly if the stream gets choppy.

The chances are that if you are reading this article on a laptop, it probably has a webcam built into it already. Are you holding a phone? It most likely has a front-facing camera that can capture your face as well.

These won’t cut it.

Twitch has a huge viewer base on consoles and televisions, so if your 0.8 megapixel camera footage is blown up to a 60-inch screen, the quality will take a nosedive.

Nevertheless, don’t be afraid to make a small investment as you will be surprised at the visual quality you can get for such a small fee. We will avoid making specific recommendations for cameras and instead provide you with a list of features that you can pick and choose from depending on your budget:

Streams can be watched without a Twitch account, but you need one set up to start your own. Over time, Twitch has made the process incredibly straight forward, so even technophobes can handle it.

All you need is a username that hasn’t been taken, a password that meets their requirements, a date of birth and an email address. Then, you just need to accept their terms and conditions and you should be ready to start your streams!

A mobile app is also available, which is a popular way to watch and create Twitch content. The Apple version has a 4.7 out of 5 rating, while the Android version has a slightly lower 4.4.

Building a connection with your audience is a huge part of succeeding on Twitch. Many viewers see these creators as their friends, so that banter and dialogue is a huge foundation for so many fan bases on the platform. How can you build that rapport?

You need to have a microphone that can capture what you’re saying clearly, so the audience can pick up on every heartfelt line or silly joke you’re making. Pristine audio will be a great way to separate yourself from others that aren’t taking this as seriously as they could.

Similar to a camera, you can get a quality piece of audio equipment without breaking the bank. Rather than recommending specific models, we have provided a list of premium features you may want to consider in your microphone choice:

Just like how they say you only notice referees in sports when they have a bad game, you only notice lighting on a stream when it’s done poorly. You want your stream to stand out, but not for this reason.

Typically, the light you’d naturally have in your room won’t be enough; whether that’s from the overhead bulb or an Ikea lamp stashed away to the side. You’ll likely want lighting gear that is designed for streaming, so you’re lucky that there are so many. Ring lights have become one of the most popular options, but there are many more available.

How can you know what’s good enough? Below are some of the features we’ve handpicked as being important for a budding streamer:

When it comes to a green screen, your imagination is one of the only limits you have. Whether you want to immerse yourself in a new world, plaster your branding behind you or simply share information with the readers, there are plenty of use cases for a green screen.

Not only that, but it’s incredibly easy to set up. With screens that are cheap to buy (you may even have enough materials lying around the house already), Twitch Studio makes the set up easy as well.

Our hope is that this guide has been helpful to you, regardless of whether you want to earn millions using the platform, or whether you’re just looking for a new hobby. At the end of the day, it doesn’t matter what microphone or camera you use, it’s about your passion and patience. With both of those things, you’re sure to succeed.