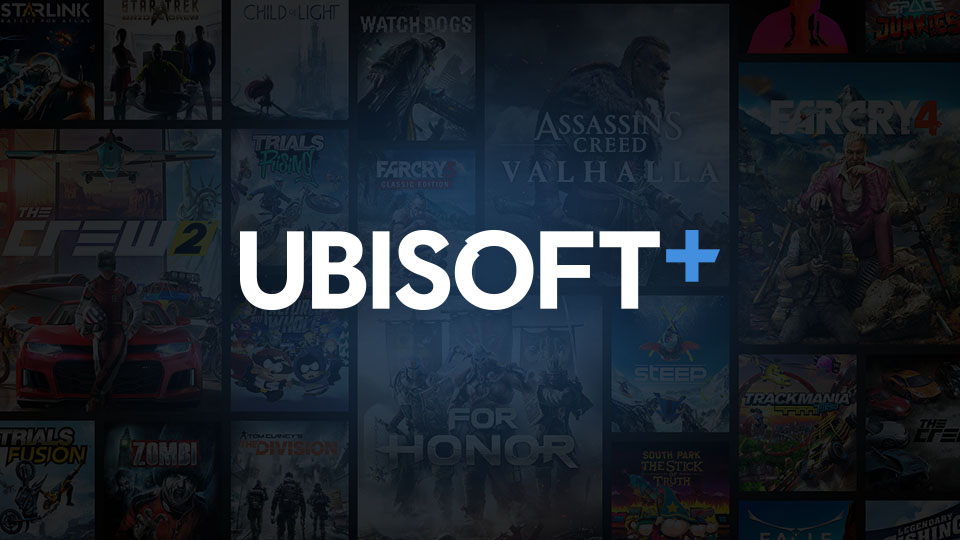 Ubisoft has announced that its Ubisoft+ game subscription service will soon be available on Xbox. It is currently available on PC and Stadia, and for a monthly fee, users can play more than 100 games from Ubisoft+ back catalogue as well as new games, downloadable content, and in-game goods.

So, what can gamers on Xbox expect, and what does Ubisoft+ offer users of PC and Stadia who are considering purchasing a membership?

Ubisoft+ is the French video game publisher’s very own membership service, and it functions in a manner that is analogous to that of EA Play and Xbox Game Pass. A single monthly charge grants access to more than one hundred different PC games, in addition to their Stadia versions. These include both new and older games, as well as a lot of downloadable content and prizes that can be won in-game.

All of the games can be downloaded and played locally on your personal computer (PC), but there is an additional payment tier that adds Stadia compatibility as well. This makes it possible for some of the games to be played over the internet on any device that is capable of accessing Google’s service.

When will Ubisoft+ be available on Xbox, and will it be included in the Xbox Game Pass Ultimate subscription?

Up to this point, the only thing that Ubisoft store has stated is that Ubisoft+ will be offered to Xbox “in the future.” On the other hand, a logo for the service was found in August. This was made possible by the Twitter user @alumia_italia, who can consistently get leaks from the backend of official Xbox sources. This indicates that it is moving closer to launch, and an announcement on it could take place in the third quarter of 2022.

It is currently unknown whether Ubisoft+ will be included as part of Xbox Game Pass Ultimate (similar to how EA Play is available) or whether it will be a stand-alone service on Xbox. It’s possible that it will become part of Microsoft’s membership plan, but it won’t include games that have just come out.

How much does it cost to subscribe to Ubisoft Plus?

Ubisoft+ on the personal computer offers two different levels of monthly subscription fees. A PC access package costs £12.99, $14.99, or €14.99 per month. It includes the full library of games; new games as they come out; downloadable content (DLC); and in-game goods that can only be played on a PC system. 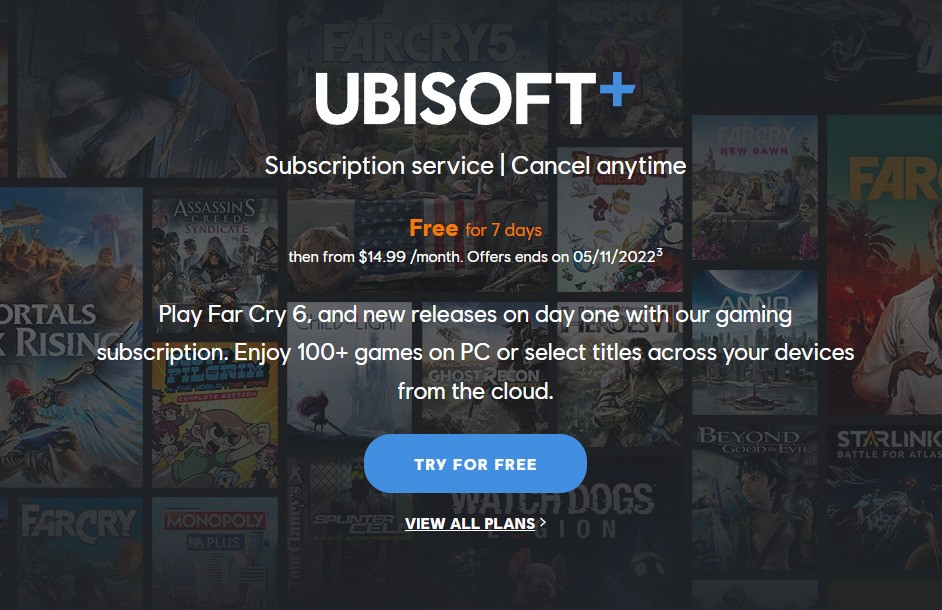 The addition of Stadia support is included in the multi-access plan, which has a monthly cost of £14.99, $17.99, or €17.99. So, a small number of games can be played through the cloud instead of having to be downloaded and installed first. As was said earlier, it is not yet known whether Ubisoft+ will be included in Xbox Game Pass Ultimate when it is released on Xbox One and Xbox Series X/S (similar to how EA Play will be), or whether it will be offered as a separate service.

However, several Ubisoft games are currently included in the PS Plus Extra and Premium tiers, so it is possible that it will be brought to PlayStation in the future. However, there has been no official confirmation of this.

The scope of Ubisoft+ extends across the globe. The service is available in close to one hundred different countries. You can find a comprehensive list of countries and regions here. You have arrived at the proper location if you are interested in finding something to play on your Xbox One S or Xbox One X console. The following is a list of the top games currently available for the Xbox One. Follow this link if you want to learn more about Ubisoft+ and how to sign up for it.

You can see a full list of regions here.

It’s possible that Ubisoft+ will be available on Xbox very soon. There’s a chance that Ubisoft store will soon offer its game subscription service to Xbox console owners. Paid users of the Ubisoft+ service can play more than 100 games, download content, and win prizes every month. It can already be played on personal computers and on Stadia.

Daniel O’Connor, who is the corporate community manager at Ubisoft store, made the announcement in January of this year that it would also be “coming to Xbox in the future.” Now, a Twitter user with the handle @ALumia Italia seems to have found a logo for Ubisoft+ in the Xbox backend, which suggests that the service will be out soon.

It is not yet clear whether Ubisoft+ will be offered as part of Xbox Game Pass Ultimate, like EA Play, or whether it will be available on console as a standalone subscription service. However, it seems likely that the former option will be used. On the PC, it costs £12.99, $14.99, or €14.99 per month, and it grants access to the entirety of Ubisoft’s game collection, in addition to brand-new games as they become available. It’s possible that if an Xbox Game Pass version is released, it will only feature games from the Xbox archive.

In that way, it would be similar to EA Play, another service that gives subscribers to Game Pass Ultimate demos and early access to a number of Electronic Arts games. Even though many Ubisoft games have recently been added to the new Extra and Premium tiers of the PlayStation Plus subscription service, there is no information about when Ubisoft+ will be available on the PlayStation platform.