What Is Serial Entrepreneur — Characteristics & Examples 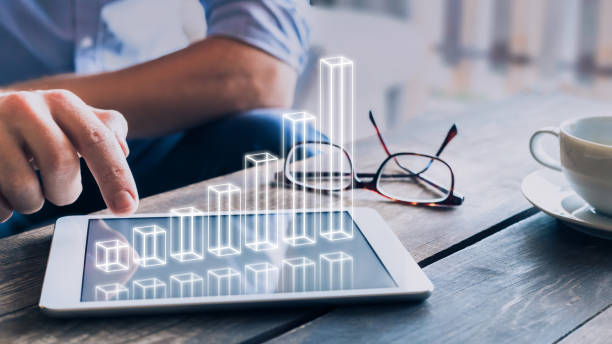 Many people dream of launching a startup and building their business, but some ambitious entrepreneurs or serial entrepreneur are far more interested in igniting new ideas that establish enterprises over and over again.

Every day, we hear the term “entrepreneur.” However, few people understand what it means, and even if they do, they frequently mix it with businesspeople. A serial entrepreneur has founded multiple businesses. Some were unsuccessful, while others were sold. Serial entrepreneur is more interested in new prospects and the thrill of producing than in the day-to-day running of a business.

What Exactly Is a Serial Entrepreneur?

A serial entrepreneur consistently takes steps to transform ideas into several new companies throughout their career, taking on more than typical financial risks in the process. In layman’s words, a serial entrepreneur takes the business of various opportunities and launches multiple companies over their lifetime.

Serial entrepreneurship refers to an individual’s mindset and ambition to launch new enterprises, regardless of whether they have previously succeeded or will succeed in the future. A regular entrepreneur may start a business and continue with it until the finish. In contrast, a serial entrepreneur does the same but does not limit himself to a single startup or endeavor. Instead, they look to start something else after that, sometimes selling the present company at the first opportunity and launching a new one with the proceeds.

How they handle the many endeavors is determined by the individual and their capacity to manage operations of completely diverse firms simultaneously. They may operate it independently or assign someone to handle the functions – the latter allows them to focus on launching a new business – but serial entrepreneurs are always looking to start new companies and enterprises, which distinguishes them as such.

“The desire to begin something new” This is one of the few distinguishing features shared by “the majority” of serial entrepreneurs.

Serial entrepreneurs incur enormous risks. By launching many businesses, they expose themselves to a greater financial risk. Existing projects may also conflict with new ones in specific instances.

By defining defined goals and practising strong time management, serial entrepreneurs can avoid the risk of managing many ventures. They take their time to prioritise and focus on the most critical aspects first, before moving on to the less crucial ones.

Serial entrepreneurs might be thought of as mobile think tanks. They are frequently on the cutting edge of things, assisting in the production of successful ideas and initiatives one after the other. Serial entrepreneurs rarely dwell on the past, preferring to focus on what they may accomplish in the future. They are constantly on the hunt for fresh ways to launch their new business and ideas that will help them find the next new project to work on.

Most serial entrepreneurs are innovative multi-taskers who can juggle multiple operations, projects, and goals at once or on short notice. Aside from that, serial entrepreneurs are disciplined enough not to let their multitasking have a detrimental impact on the condition of affairs. They want to get their ideas off the whiteboards and into the real world, thus they are willing to go to any length.

Many serial entrepreneurs work alone or in collaboration with one other individual. However, in the end, they are all skilled at bringing people together and managing them (if not at the beginning, they become good leaders soon after). You can’t grow several enterprises if you can’t lead and manage yourself and a group of others. Serial entrepreneurs can efficiently find, lead, and assign the correct positions to the right people in each new firm they launch. Failure to do so directly results in the demise of the company that they founded.

Serial entrepreneurs are more concerned with inventing fresh ideas and seeing them through to completion than with monetary objectives. While financial success is essential for any business, serial entrepreneurs do not prioritise it.

Instead, they are more interested in assembling a functional team and bringing their ideas and projects to fruition. Serial entrepreneurs are motivated by the adrenaline rush that comes from beginning new enterprises and seeing them succeed.

Example of a Serial Entrepreneur

Elon Musk is a true serial entrepreneur. In 1995, Elon Musk founded his first company, Zip2 Corporation. Zip2 was designed to be a city guide and was purchased by Compaq Computer Corporation in 1999 for $341 million (stock and cash).

Elon used the funds to launch X.com, an online financial services and payments company. X.com took off fairly well and evolved into the PayPal we know today. Elon’s net worth increased to $1 billion when eBay acquired PayPal for $1.5 billion in stock in 2002, owing to his ownership of 11% of PayPal stock at the time.

Musk had also founded a new firm, Space Exploration Technologies Company, a few months before to the PayPal acquisition. The very next year, in 2003, Elon started Tesla Motors, which has gone to become the most valuable automobile manufacturers in the world in 2020. In 2017, Elon Musk launched The Boring Company, a company devoted to tunnelling and boring.

In short, Elon Musk has helped co-found the companies PayPal, Tesla, SpaceX and The Boring Company one after the other while also working on bringing other projects and ideas such as – Starlink the low latency satellite-based internet service and Hyperloop the fast transportation system – to life.

While Elon still manages most of the companies he helped launch, he also sold a few and most importantly, he has always been starting new companies and businesses one after the other, making him a serial entrepreneur in the truest sense.

Serial entrepreneurs may or may not – stick till the end or remain in charge of their startups but one thing is for sure – serial entrepreneurs are always on the lookout for new ideas and opportunities to launch a new company or startup.