The Ultimate Guide to Securing Your Mobile Apps with SSL Certificates 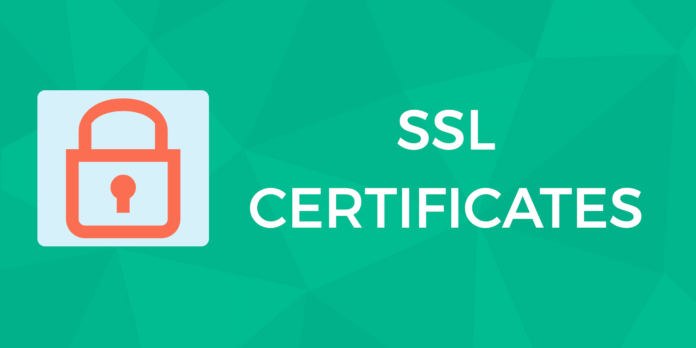 Most people will think of desktop and WordPress website vulnerabilities when they hear about a code signing certificate or SSL certificates. However, it is important to realize that securing mobile apps with SSL certificates is crucial today.

This will allow mobile app developers to ensure the safety of users who are downloading and installing the app on their mobile devices. It is safe to say that mobile applications have become an integral part of our lives. We use mobile apps to stream movies, hear music, shop online, video conference, and more.

A 2019 report by Mary Meeker indicated that the time spent on the internet is on the rise every year. The report revealed that Americans spent just two hours on laptops or desktops every day, but they spent nearly 3.6 hours on their mobile devices every day.

It is no surprise that a major percent of mobile internet users spend their time on mobile apps. A recent study conducted by experts suggests that mobile apps will generate more than 935 billion dollars by the end of the year 2023.

The above stats indicate that mobile apps have become an essential part of our society. Smartphone users will not be able to survive without using their favorite mobile apps. Unfortunately, most smartphone users do not care a lot about mobile app security.

Most internet users tend to trust the company launching mobile apps. As a result, they do not think a lot when entering sensitive and personal information like credit card numbers, addresses, background details, and more.

Most mobile app developers will have the best interest of users when building an app. That said, we can’t be certain that developers have taken essential security measures to ensure user safety. Due to this, mobile apps have become a common and easy target for cyber attackers and hackers.

Fortunately, choosing the right and best security measures will help you to prevent yourself from cyber attacks. This includes the usage of wildcard SSL certificates and SAN (Subject Alternate Name) SSL Certificates. Let us now take a quick look at why security testing is essential and important for mobile applications.

Most mobile internet users often fail to realize that mobile applications have access to almost everything from passwords to banking information. This is why mobile app developers need to use TLS/SSL certificates to ensure that user data will remain uncompromised and protected.

The significance and relevance of SSL certificates have considerably increased over the last few years. This is mainly because the search engine giant Google has been pushing for HTTPS Everywhere. However, several web browsers still do not indicate whether a website is secure or not to internet users.

Most internet users will be using multiple online mobile applications on their smartphones. Unfortunately, these users fail to realize that an app that they use to browse the web or play games can put them at a higher security risk.

If one of the mobile apps you have downloaded and installed on your mobile app fails to follow proper security protocols, your chances of getting hacked are relatively higher. This means that your sensitive and private information might get in the hands of a hacker or cyber attacker.

Likewise, most of us would probably have at least one mobile application on their smartphone. If the app does not have essential security features, then malicious third parties may get access to your banking details or password. This is a situation most internet users do not want to be in.

This is why it is important to ensure that all the apps you are downloading come with security certification. Being a little bit more vigilant will help mobile internet users considerably reduce the chances of hacks and data breaches.

Most mobile app developers will try to do everything to ensure that their mobile application is safe and secure to use. Still, cyberattacks and data breaches can happen from time to time. This is why it is important to implement mobile app security measures right from the beginning stage of development.

Static Application Security Testing (SAST) and other testing methods are slowly becoming a mandatory requirement for most IT organizations. This is an excellent move because it will surely guarantee the security of mobile applications.

SAST tests will not just penetrate the source code of mobile applications, but they will also decipher minor security loopholes. Developers will be easily able to find several suitable tools for conducting penetration testing of mobile apps.

Mobile app developers should sign and encrypt the code of their mobile application with a Code Signing Certificate. Encrypting the code will prevent third parties from spoofing the mobile app.

It is important to publish the developer’s name because it will help the end-users decide whether the app is genuine or not. So, if you are not yet using a Code Signing Certificate, it is high time to buy and use it.

However, if you are keen on using libraries, it should be done only after extensive testing. Several issues have been recently reported due to the use of insecure third-party libraries.

Encrypting every bit of data transmitted to the user’s phone is another excellent security measure that can guarantee mobile app security. If you have encrypted the data, then you won’t have to worry about a data breach.

Even if a cybercriminal or hacker manages to get access to your data, he or she will not be able to use it. It is best to use 256-bit AES encryption and other unbroken protocols to ensure higher security.

It is crucial to remember that there aren’t any 100 percent secure platforms. No matter how hard you scrutinize at different stages of the app development process, there will surely be a few dark spots left behind.

This is why the testing process doesn’t stop when it comes to mobile applications. You will keep finding flaws and issues after each testing, which means that you should release new updates to ensure users do not face any security issues.

You should only give the essential access or privilege to mobile apps on your smartphone. If you feel that the app does not need access to your phone contacts or messaging, it is best to deny the app request to access them. You need to restrict mobile app access to a bare minimum.

The percent of mobile internet users all over the world is expected to increase in the coming years. This will put tremendous responsibility on mobile app developers who will need to use the best mobile app security measures discussed above.