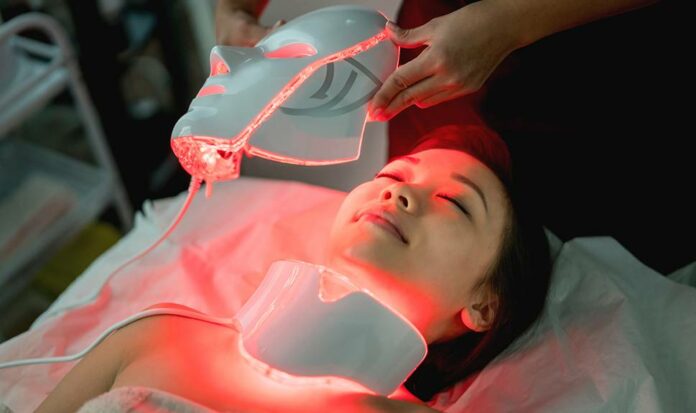 Red Light Therapy (RLT) is a noninvasive treatment solution that can help the muscle, skin and other sections of your body. The therapy exposes you to low levels of red light. According to Red Light Therapy Home, Red Light therapy also goes by the name of photobiomodulation. I have been using it at home for several years when it comes to restoring my skin’s elasticity.

In the midst of using it, I realized that my appetite was different from what it used to be. That led time to dig deeper in a year long journey as to what red light therapy was and some underlying medical evidence that could back the claims some manufacturers were making. This is the conclusion on what I found.

Back in the 1990s, it was used by researchers to grow plants outside of earth’s atmosphere on the International Space Station. Back then, they discovered that it had the ability to stimulate cell growth and photosynthesis in plant cells. Since then emerging studies have been demonstrated that exposure to red light can provide several different benefits.

How Does It Work?

Throughout my research efforts, I learned that there were 2 critical mechanisms behind red light therapy as to how it provides benefits to overall health and cellular function:

Throughout the years, numerous researches have independently found that these types of wavelengths of light penetrate our cells and cause the mitochondria in our cells to experience an increase in energy which leads to the release of ATP. In fact, several experts have noted that the mitochondria is a key player as to why red light affects our cells the way they do.

This in itself has been remarkable for scientists because the mitochondria is linked to our overall health, our ability to ward off diseases, energy levels and longevity. The best way to describe the mitochondria would be that they are essentially the batteries which propels all processes of our organs. Therefore, things which lead to higher cellular energy in the mitochondria, will enable our organs to work more efficiently, which leads to a wealth of benefits and improved health.

What makes red light therapy so effective at providing benefits is that it basically encourages the mitochondria to say NO, when it comes to slowing down energy production and kicks it into overdrive. This boost in mitochondrial function helps to improve the function of every organ in our system.

Another critical mechanism as to why exposure to red light leads to improved health is because of Hormesis. Hormesis can be best described as the process by which a metabolic stressor encourages adaptation which helps to improve health. The concept seems odd at first, but said in another way, hormesis is anything that can stress you out but make you stronger at the same time. For instance, exercise is a perfect example of what hormesis is. Exercise works by causing metabolic stress as well as to stress the tissue fibers out. This leads to the tearing of muscle fibers. But, once the body repairs these muscle fibers they become more stronger and resilient to tearing. This is how we build muscles.

The second key mechanism of red light therapy is that it causes metabolic stresses on the mitochondria in our cells. In response to this added level of temporary stress, the mitochondria sends signals to the nucleus in the cell to increase its anti-inflammatory and antioxidant defense system. The end result is that the cells become more resilient to stress and more capable of fighting inflammation which in turns makes your cells healthier and more energetic themselves.

As a result of the impact that the 2 primary mechanisms of red light therapy has on the cells, it leads to numerous benefits such as:

Of the numerous benefits that RLT has to offer, I gravitated towards it because I wanted to improve the elasticity of my skin. Red Light therapy is able to stimulate the production of elastin and collagen. Increased collagen levels can help to reduce the appearance of scars, acne, wrinkles and varicose veins. One of the various things that cause wrinkles and damaged skin is UV ray damage. UV penetrates our skin and damages cells. But, red light is able to penetrate our cells and encourage DNA repair. A study which was conducted by Harvard professor Michael Hamblin, PHD, showed that red light therapy can:

One of the more interesting benefits this therapy provides is that it can help to increase fertility. Two recent studies demonstrated that it could improve pregnancy rates as well. During a study which was conducted in Japan, 22% of the participants who were classified as being severely infertile, were able to have successful live births. In several other studies, it was also determined that it could make improvements in sperm mobility.

One of the more interesting benefits RLT has to offer is improved sleep quality.

A Study which was conducted in China, demonstrated that it had a dramatic impact on sleep patterns for people who were diagnosed with insomnia. The study was conducted back in 2001. During the study 38 patients who were diagnosed with insomnia were subjugated to multiple therapy sessions over a span of 10 days. By the end of the study, the researchers noticed that their melatonin levels had increased.