Will the Smartwatch Remain the Most Popular Wearable Device? 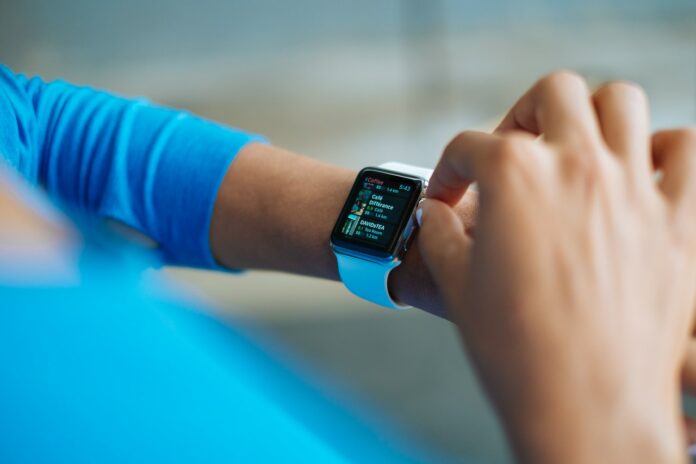 For anyone born within the last forty years or so, it’s quite difficult to remember a time before the internet existed. Website and e-mail addresses had already become ubiquitous on television and in newspaper adverts before the year 2000. This ensured that even if you didn’t own a computer yet yourself, you could not fail to be aware that this fast-emerging new technology was exploding in popularity.

It seems nearly impossible to believe today, but Apple was close to bankruptcy in 1997. The widely told story is that Microsoft chief Bill Gates saved them from going under completely by investing $150 million in the company. History has shown things were rather more complex than the Time Magazine cover of the day would have you believe, however, and many other factors were at play. 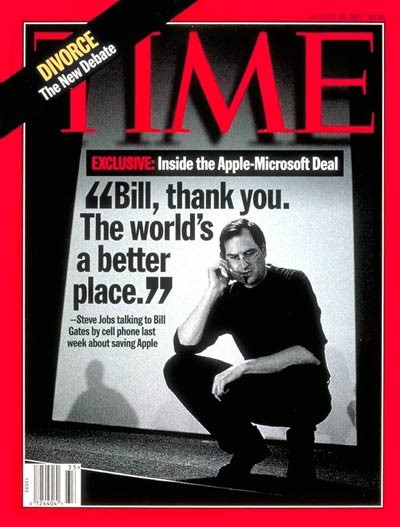 The August 1997 Cover of Time Magazine

Without wanting to get too far off-topic, one anecdote that is simply remarkable was the decision to allow Apple’s engineers to work side by side with Microsoft’s own internal Office development team to create Office 98 for the Mac. This (amusingly for Mac fans) resulted in the Mac having a far superior version of MS Office than Microsoft’s own Office 97 for Windows, until the release of Office XP several years later.

Contents hide
1 2007: The Internet Truly Goes Mobile
1.1 The iPhone: The Ultimate Destructive Technology?
2 Apple’s Next Move – Wearables
2.1 The Beginning of the Watch Revolution?
3 All That Said – Is It Enough for Apple?
3.1 Smart Jewelry
3.2 Fitness Trackers
3.3 Smart Clothing
3.4 Heads Up Displays
3.5 Implanted Devices

Prior to the release of the first iPhone in 2007, Nokia, the current leader in mobile communications at the time, had been struggling to shoehorn the internet into it’s latest N9x range of mobile phones. The company became complacent, however, and failed to make any real investment in R&D past around 2003.

This became strikingly evident when the company followed up it’s incredibly popular N95 handset with the N96, which was nothing but a design refresh, despite being release a year after Apple’s iPhone. Nokia weren’t the only ones caught out by the potential of the new handset technology, however.

A now legendary video clip of then-new Microsoft Chief Exec Steve Ballmer mocking the iPhone for its lack of a physical keyboard regularly appears in documentaries discussing the impact Smartphones have had on our lives. Despite their skepticism, it wasn’t long before Apple’s competitors were on the backfoot.

The iPhone: The Ultimate Destructive Technology?

It’s regularly said that a disruptive technology takes ten years to fully come to fruition. It could be argued that the iPhone completely rearranged the entire mobile phone industry in roughly half that time. You might also argue that the iPhone was simply a continuation product – a natural successor to the iPod.

Whether or not you believe that to be the case, the iPod sold four hundred million units throughout its two decades in production. The iPhone regularly sells half that number in a single year, and in what must surely be the biggest turnaround in business history, this has made Apple the world’s most valuable company.

The Apple Watch was the company’s first brand new product since Tim Cook took charge following the death of Steve Jobs in 2011. Released in 2015, the first-generation Watch could make calls and texts via a companion iPhone and had an NFC chip for making payments, but not much else.

The second release pivoted towards the health and fitness market in a big way, stealing market share from the likes of FitBit who’s wearable fitness devices had been proving a big hit with consumers. The addition of a GPS tracker was a boon for running enthusiasts, whilst ISO 22810:2010 water resistance was a huge upgrade from the IPX6 rating of the series one product.

Whilst Watch was unsurprisingly popular amongst Apple fanatics, its an open secret that Tim Cook was less than impressed with early sales figures – just 4.2 million units were sold across all three SKUs. It’s worth noting that one of these SKUs was the 18-karat gold Apple Watch “Edition”, which sold for a minimum of $10,000.

The Beginning of the Watch Revolution?

The third iteration of the Apple watch finally squeezed in an independent CPU and LTE data connection, allowing developers to create apps specifically intended for the smaller screen and unique control scheme that the watch provides. The LTE data connection meant that you no longer needed to have your iPhone within Bluetooth range of the watch for it to connect to the internet.

This was a real boon for workers in jobs which did not allow smartphones to be kept on their person, whilst a device such as a watch was seen as much more acceptable. The ability to read (and even reply) to incoming text messages, read the news, or even a game of baccarat whilst stuck on a quiet shop floor towards the end of a late shift increased the potential market for Watch dramatically, leading to an almost five-fold increase in sales over the generation one product.

All That Said – Is It Enough for Apple?

Considering there are estimated to be roughly three billion iPhone owners around the world in 2021, total shipments of Apple Watch have yet to hit one hundred million after seven generations of the product. This translates as less than one in thirty iPhone owners having taken the plunge and invested in an Apple Watch, despite an ever-increasing feature set and a steadily lowering price in nominal dollars.

This begs the question – is the Smartwatch the future of wearable tech, or could the real disruptive wearable technology still be waiting in the wings? Interestingly, Apple has filed numerous patents in recent years that suggest they may have a few more ideas left to try:

In the United States, a major segment of watch owners uses these devices for the health monitoring features that they offer. You don’t need a whole watch to collect this kind of data on heart rate, blood sugar levels and so forth, and this has led to the development of products such as the Oura Smart Ring and a forthcoming earring accessory named Joule which can replace the traditional clasp on the back of any standard earring to provide health monitoring functionality.

If you need a little more functionality than a smart ring could provide, then the traditional fitness band such as those produced by FitBit remains a profitable middle ground. These modern successors to old school pedometers are quickly catching up with the functionality offered by full-on smartwatches.

Whilst we are unlikely to see Apple launch one of these, there is a real possibility that older generations could soon be offered the option to wear such a tracker in return for lower health insurance premiums. Presumably this would work in much the same way as the black boxes offered to young motorists when they first start driving, though it is unclear how many people would see this as a step too far towards a “Minority Report” style future.

There are numerous ideas currently being examined for incorporating some form of technology into items of clothing. Samsung has been looking into shirts that can monitor for respiratory diseases, and both Smart Socks and Smart Pants are already available – the former intended to detect foot ulcers whilst the latter are designed to produce vibrations to help with achieving better posture whilst practicing exercises including Tai Chi and Yoga.

On the slightly creepier side is Tommy Hilfiger’s “Xplore” clothing line, which are, as with many of Hilfiger’s fashion items, emblazoned with huge company decals. Wear the clothing more often, and you could receive special discounts and offers of on further Tommy Hilfiger products.

Whether ideas such as this will take off as a concept remains to be seen, as does the prospect of clothing with GPS location tracking built in. As a security precaution for children this seems a great idea, however for adults I suspect the idea will be far too intrusive for most.

Several attempts have been made to bring optical head mounted displays to market, with varying degrees of success. Google released their Glass product way back in 2013 to much fanfare, before a publicity backlash caused them to discontinue the product citing privacy concerns.

Enterprise editions have been brought back in recent years, after Microsoft received a much warmer reception to its HoloLens product. This was a very similar device in many ways, although Microsoft’s focus on Augmented Reality and overlaying information on top of the real world felt much more useful and less invasive than the purely camera-based original Google Glass.

We’ll finish off with what must be the least likely category of “wearable” to catch on – physically implanted devices. These can range from simple microchips implanted under the skin – something every cat or dog owner should already be familiar with – all the way up to Elon Musk’s much vaunted “Neuralink” technology, which he says could allow the disabled to play video games with their mind someday.

But on a final note, some parents reading this will probably have joked at some point that their teenager’s smartphone may just as well be implanted to their body. Perhaps the generation who will value wearable technology the most – and find it the least intrusive – have yet to come of age and achieve the kind of purchasing power that brands look for in a customer. By the time they do, the perfect wearable devices will no doubt be available on the shelves, just waiting for them.