What Devices Are Supported by Peacock TV to Access in Australia? 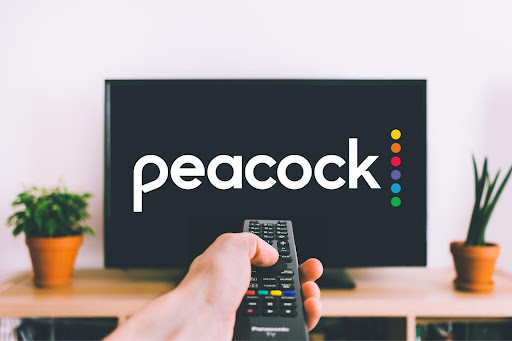 Peacock TV is a relatively new online streaming platform of NBC Universal. It hosts several super hit TV shows, box office hits, and live coverage of mega sporting events. Under its umbrella, you can watch The Office, One of Us Is Lying, and Love Island USA Season 4. The movie catalog includes Downton Abbey: A New Era, John Wick, The Resort, The Bad Guys, and the complete series of Harry Potter.

Unfortunately, Peacock streaming Australia is prohibited due to geo-restrictions, but you can access the streaming platform using a premium VPN app. Before starting to go through the unblocking procedure, you must be thinking about what devices are supported by Peacock TV to access in Australia.

Initially, Peacock TV was only supported on Flex Comcast and Xfinity X1 devices. However, with a rapid surge in subscriber numbers, it was the need of the hour for the streaming service to expand its compatibility. Now, you can access Peacock TV on several major streaming devices, web browsers, and smart devices.

Without further ado, let’s explore which devices you can stream Peacock TV in Australia.

Contents hide
1 What are the Peacock Supported Streaming Devices?
1.1 Web Browsers
1.2 Smartphones and Tablets
1.3 Smart TVs, Streaming Devices, and Gaming Consoles
1.4 Cable Set-Top TV Boxes
2 How Many Simultaneous Screens Peacock TV Offers?
3 Peacock TV Account Sharing
4 FAQs
4.1 Can I watch everything on Peacock TV on all of my devices?
4.2 Can I download my favorite shows and movies on Peacock TV for later viewing?
5 Conclusion

What are the Peacock Supported Streaming Devices?

Android Smart TVs: Peacock TV is compatible with several models of Android-based Smart TVs. Some of these devices include Sony Bravia, Android TV boxes, and NVIDIA Shield among others.

You can stream Peacock TV on three different devices at a time per account. It is a wonderful feature, especially if you have a small family or are living with a bunch of friends. It enables you to watch a variety of content, including films, TV shows, and live sports simultaneously on three various devices.

Unlike many other streaming platforms such as Netflix, Peacock TV doesn’t have the feature of making separate profiles. This makes account sharing among your friends and family even easier. You will just need to give your login credentials to whom you want to share your subscription.

However, there’s a drawback; users, with whom you are sharing your account will be able to see your watch history and the content you are currently watching.

Can I watch everything on Peacock TV on all of my devices?

Yes, you can watch everything offered by Peacock TV on all of your devices. However, keep in mind that you can only use one account on three devices simultaneously.

Can I download my favorite shows and movies on Peacock TV for later viewing?

Yes, you can download your favorite TV shows and movies on Peacock TV to watch later. However, offline streaming is only available with the Peacock Plus subscription plan which costs $9.99/mo (14.34 AUD).

Peacock TV is a wonderful option to binge-watch some of the most acclaimed TV shows, flicks, and even live sports events. So, no matter if you are a big fan of the dating show Love Island, or the Harry Potter series, Peacock TV has it all. In addition, sports junkies can watch WWE events, the 2022 MLB Season, and English Premier League.

You can watch all of this on multiple devices, thanks to three simultaneous streams offered by Peacock TV. And with cross-platform compatibility, you can now stream content on several popular devices, including smartphones,  gaming consoles, web browsers, streaming devices, and smart TVs.

On which device do you like to stream Peacock TV films and TV shows and which device offers the best compatibility? Share your experience in the comments section!