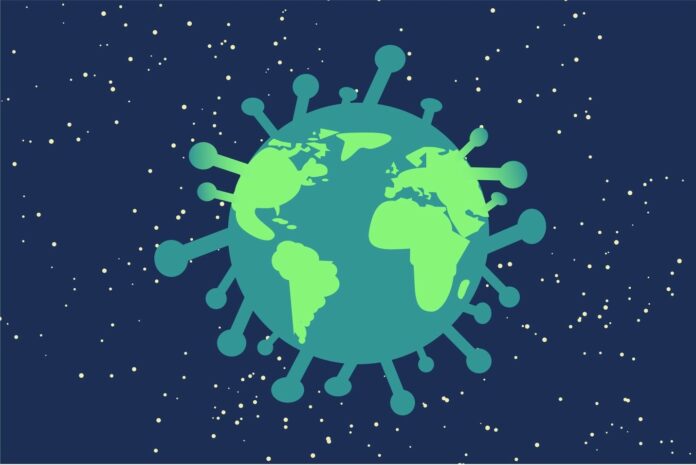 The COVID-19 pandemic has had an overwhelming impact on different industries since being declared a global pandemic. One such industry that has felt its impact firsthand is the video game industry.

It has felt the sting of the pandemic in several ways, most often due to travel concerns to and from China and related destinations. This has significantly slowed down the manufacturing processes within China. It has also shaken major plans within the industry, making major events that gaming fans looked up to become a thing of the past.

At the start of 2020, the expectations for the game industry were high with the anticipated launch of next-generation PlayStation consoles and Xbox, as well as several groundbreaking events and game releases throughout the year. In the beginning, you could already sense that the COVID-19 outbreak was something more severe than most of us expected.

It all began with disturbing announcements hinting that the highly anticipated events such as the Game Developers Conference (GDC) would be pushed to later dates. Hoping that the situation won’t culminate into something that is hard to contain; organizations such as the Entertainment Software Association (ESA) sent messages of hope to the gaming fans.

ESA for example assured gaming fans that they’d still have major events running despite the COVID-19 pandemic. To be specific, the annual E3 event in the summer was to go on as usual. Needless to say, they promised to be vigilant, giving the health, safety, and wellness of their attendees and exhibitors the first priority.

It didn’t take too long, though, before the continued impact of the COVID-19 pandemic broke the hearts of those who looked forward to the major events that were coming up that year. The developers and publishers rued the implications of the pandemic, which did not only cause delays but also raised concerns about the physical productions of the anticipated games.

Therefore, there were fears that the production of the next-generation consoles would be limited. In regards to safety, major events also had to be held virtually, if at all they were to go on as planned. The GDC, for example, made it clear that the planned event would proceed as usual, but then, the whole of it would be in digital format.

ESA followed suit, announcing that the E3 2020 too won’t be there, hinting that they would explore the idea of making the event virtual. Even though the cancellation of the physical events was a big blow to gaming fans who were concerned about the media coverage of the game demos and news, the gaming industry wasn’t really the biggest losers.

They had a significant increase in sales had within this period. The biggest losers, in this case, are typically the companies in the business-to-business (B2B) space, relying on such physical events for job opportunities.

Unlike a significant percentage of most economic sectors, most of which have also been forced to shut down, the game industry has been one of the most resilient. They’ve been cruising through the waves of the coronavirus even though some of its most critical events couldn’t go on as planned. Many video game publishers, developers, and operators have still maintained most of the essential operations with employees working from home.

This has made it easy to sustain the ever-swelling demand through continuous game development and digital releases, even as online gaming had a record-high number of players amidst the pandemic. There has been an uptick in interest in gaming during the pandemic, which is believed to have been fueled by the lockdown rules.

It is estimated that by the end of this year, the industry will amass over $160 million in revenue globally. Statistical analyses show that there was a massive increase in video game hardware and video game sales.

The pandemic may have forced people to limit contact, but it hasn’t cut off the human connection. With critical services like learning being limited, forcing students to study online, and most benefit from coursework writing services to help with studies, there has been an enormous shift in how loved ones or colleagues spend time together, socialize and even play.

For instance, public figures and groups use games such as Animal Crossing to interact with followers and even hold actual events. Study mates use games like HouseParty to play trivia and even connect with professional essay writers together and buy assignments.

With all these shifts, it is already visible that people use the games for fun and creative ways to foster existing relationships and build new connections. Therefore, it won’t come as a surprise within the next few years if more innovation is injected into connected games, giving players the extended capabilities to play and build stronger connections.

The impact of the pandemic on the gaming industry has made the trade expos and conferences that give this industry its identity not possible but it hasn’t killed its spirit. With the gaming community still thriving it is only a matter of time before we fully get acclimatized to the ‘new normal.