Hanjie: A Brief History Of Nonograms and Logic Puzzles 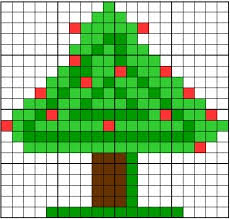 Logic puzzles are a great way to have fun and have an added challenge at the same time. Many types of logic puzzles, including hanjie, come in countless shapes and sizes. You can either choose to play them online or the old fashioned way using paper and pencil. But first, it would be great to know the history of these logic puzzles, including the nonograms, and the circumstances under which they were created.

The Origin Of Logic Puzzles

Charles Lutwidge Dodgson, better known as Lewis Carrol (his pen name), first produced the logic puzzle. The famous author of Alice’s Adventures in Wonderland developed a problem-solving game that needed confirming at the conclusion. These are puzzles that involve being asked what you can deduce from the list of premises given. They’re also called syllogisms.

Dodgson didn’t stop there but went on to develop even more complicated puzzles with eight premises. Raymond M. Smullyan dug deeper and expanded the puzzle branch to develop other perspectives of logic puzzles with some of his books, such as Alice in Puzzle-Land. His most popular puzzles were the ‘knights and knaves,’ where the knights always stand for the truth while the knaves are the serial liars.

Some logic puzzles are also totally non-verbal. The most popular forms include;

These mazes use the principle of deduction in figuring out the rules in the game.

This logic puzzle requires you to place numbers in a grid correctly. It also involves using the principle of deduction.

Also known as ‘Paint by Numbers,’ this puzzle requires you to use deduction in filling a grid with black and white squares to produce a perfect picture.

More About The Nonogram

Playing nonograms is exciting and simple because, in the end, you’ll come up with a picture. Nonograms were invented in Japan in the 1980s and published as ‘Window Art Puzzles.’ Later they became popular in the UK and renamed the ‘nonograms.’ Wondering how they got their’ paint by numbers’ name? That’s the name that the Game magazine used when first publishing the nonograms in the US. Now, nonograms have more than 20 different names, including picross puzzles, griddlers, and hanjie puzzles.

Nonograms are picture logic puzzles, commonly known as Paint by Numbers, Picross, Griddlers, Pic-a-Pix, and various other names, in which cells in a grid have to be coded or left blank to show a secret picture according to numbers on the side of the grid. The numbers are a kind of discrete tomography in this type of puzzle that calculates how many unbroken lines of filled-in squares occur in any given row or column. A hint of 4 8 3, for instance, would mean that there are sets of four, eight, and three filled squares, in that order, between consecutive sets of at least one blank square.
These puzzles, representing a binary image, are mostly black and white, but they can also be coloured. The number hints are often coloured when lit to signify the colour of the squares. There may or may not be a space between two differently coloured numbers.

The rules in nonograms are not hard to crack. The grid provided has no specific dimensions, and all you have to do is draw the picture in it. However, you can also find a 10×10 dimension grid. There are several numbers alongside the grid, which tells you the number of squares to be filled along the grid’s top – column and along the left side of the grid – row. The filling in should be done consecutively – first the row, and second, the column.

The numbers indicate the black squares, and the general rule is that they have to be separated by not less than one space. While playing this game, you need to know that there’s a reason for each move, so guesswork doesn’t apply.

By 1995, on hand holding electronic toys such as Game Boy and on other plastic puzzle toys, colour by number puzzles were introduced. Nintendo picked up on this puzzle fad and published two games for the Game Boy “Picross” (Picture Crossword) and nine for the Super Famicom (eight of which were released in Japan for the Nintendo Power Super Famicom Cartridge Writer as the “NP Picross” series in two-month intervals).
One of these, Mario’s Picross, was released outside of Japan for the Game Boy.
In 2007, another version, the Picross DS, was released. For Nintendo eShop’s Nintendo 3DS, named Picross e & Picross e 2, both released in 2013, another digital version has also been released. New publications were introduced in Japan with expanded success there were many monthly magazines by now, some of which featured up to 100 puzzles.

Logic puzzles have become more and more popular and are a great way of having fun and challenging the mind. Playing them is just as important as knowing their history so that you can understand under which circumstances they were developed.