Comparing Node.js and React.js in 2022, which is better? 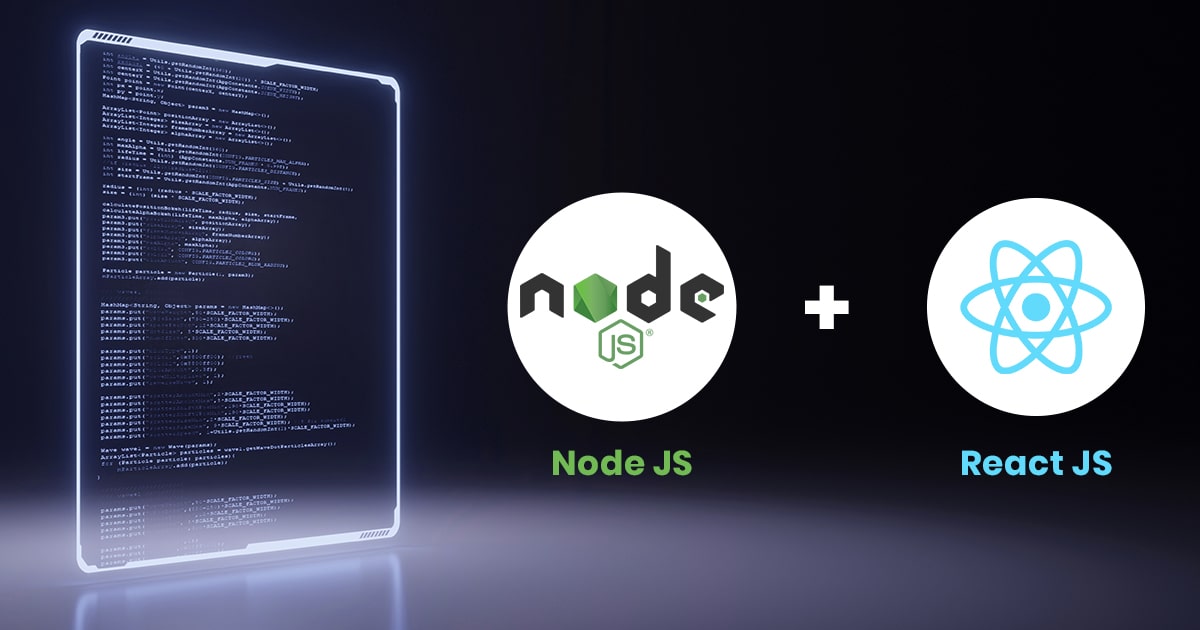 React.js and Node.js are freely available and they can be publicly accessible. Node.js is specifically utilized for flourishing or developing server-side applications. On the other hand, React.js is used for building user interfaces.

Let’s discuss the key differences between Node.js and React.js so that you can effectively decide which open-source JavaScript can help you to accomplish your project goals.

Brief description of Node.js versus React.js

Node.js is not a framework and not a programming language. It is a cross-platform for executing JavaScript codes. It is used for creating or developing server-side (backend) and networking applications. Popular frameworks for Node.js are as follows – Express.js, Nest.js, Hapi.js, etc.

React.js is the JavaScript Library that is used for building user interfaces. React.js is a front-end library that has become the go-to framework for web development within the JavaScript community. It is helpful for creating reusable UI components. For example, the “button” on a webpage is a reusable UI component and React.js helps in displaying different texts on different buttons or pages to make it more interactive.

Node.js – It only uses JavaScript language.

React.js – It makes use of two main computer programming languages such as:

Both are stable due to different reasons

Node.js – Node.js is a stable framework and programmers can easily scale up their operations. It was previously created to overcome issues that are linked with asynchronous programming.

React.js – Providing stability in code is one of the key features of React.js. Due to single-way data flow, if you made any changes in the child structure then it doesn’t affect the parent structure. A developer can easily change or modify any object’s state, this data bunding structure provides code stability and makes an app performance consistent.

Node.js – As per the information published by Upwork, development charges for Node.js are $20 to $90+ per hour.

React.js – The cost for react.js is depended upon the specific types of functions – like the cost for API integrations is $5000 (approx.), for IoT integration $30,000 per integration, and for admin panel $4,000.

Which is easier to learn for beginners?

Node.js – From the beginner’s perspective, it can be evaluated that Nod.js is easier to learn because it is entire writing in JavaScript.

Currently, the majority of the developers are highly familiar with JavaScript. Thus, it is claimed that Node.js can be easily adopted by beginners.

React.js – React.js incorporates a vast library of tools that are easy to understand. Although, due to the Edu-tech digitalization there are different key learning platforms available that can help an individual to learn about react.js and its tools.

Node.js – Node.js take use of Google’s powerful v8 engine. Thus, it is highly effective and performs in an effective way. For example: with Node.js, an individual user can process 1000 system requests per second.

React.js – While working on React.js, it can be analyzed that many times large data sets generate slow loading speed.

To overcome this issue, it is important that the user should evaluate in the beginning how much data they need to load into memory at once. Evaluating the load in advance will help speed up the loading speeds.

Below are a few suggestions that can be used for performance optimization for React applications. It is entirely dependent upon the project management team which specific optimization they find appropriate to implement in their project.

React.Pure Component provides two different ways to optimize the performance functions – such as:

Webpack 4 module bundler is used for application development in the webpack method.

The use of nt.js effectively incorporates different localized files for the purpose of multiple-language support-based systems. In case, if individual users do not require any support for multiple languages – then it is advisable to remove the moment-locales-webpack-plugin.

The use of the inline function in React.js effectively eliminates call-linkage overhead which results in providing different optimization-based opportunities to the users.

People who belong to the programming profession can understand that a bad query can decrease the probability of the high performance of an application. Thus, it is important to develop query databases to optimize APIs in Node.js.

It is utilized for the purpose of an indication of the responsiveness of a web server. For example, TTFB is used for measuring the duration of the user or client after making an HTTP request.

[Important note: before implementing any of the suggested optimizations in React.js/Node.js, it is important to first analyze whether your current system’s requirements are capable of handling new extensions or not. Many times, people claim that adding an extension makes their framework slow due to the heavy load of operations.

So, you need to conduct detailed research before implementing any performance optimization tool].

If your team members want to develop any server-side applications (such as PayPal, Uber, GoDaddy, Amazon Prime, etc.) then node.js needs to be utilized. For example, if you want to create a website in which both (server and client) can initiate communication with each other then node.js is a perfect choice. However, if you want to create or modify a fascinating user interface (UI) to catch the attention of your users then you need to select react.js.