Microsoft Access or MS Access is a basic database application that is nearly thirty years old and has been exhibiting its age for at least a decade. You most likely believe Access died a long time ago.

But you’d be mistaken. In reality, MS Access shuffles along like a zombie, its use neither increasing nor decreasing. Microsoft has tried to destroy MS Access on many occasions, but the consumer community has successfully battled to keep it alive — even when other legacy items like FrontPage and Visual Basic 6 have been abandoned and buried in the trash.

It’s all too convenient to overlook MS Access as yet another legacy tech nightmare. However, any software designer can learn from the story of MS Access. It reveals what makes a product live, survive, and then linger even after it has passed its expiration date.

Contents hide
1 How well-known is MS Access?
2 How to Attempt to Terminate a Program
3 When Microsoft came after Access, however, they seemed to blink
4 Lessons learned from Access and its long Existence
4.1 1. The chasm between power users
4.2 2. Real Strength comes from Inspiring others
4.3 3. Never put too much stock in the phrase “it just works.”

Let’s get one thing straight right now. Access isn’t extinct, and it’s not about to die. This may seem to be a breach of all that is right and proper in the world of database software, but it is the harsh reality. Access is used by a limited but loyal number of enterprises, according to data consulting firms.

According to HG Insights, 140,000 businesses use MS Access, which is half the number that uses the much more technical SQL Server. A similar count is held by Infoclutch. Access is the world’s ninth most common database, according to DB-Engines, which rates database software based on how often it appears in searches, social media, and sites like Stack Overflow:

In the DB-Engines list, MS Access squeaks into the top ten, alongside a slew of other powerful databases.

These figures almost certainly exaggerate Access’s popularity. Many companies use more than one database program, and the programs they run with Access almost certainly have a narrower reach, deal with less data, and aren’t regulating a mission-critical part of daily operations unless the CEO has a death wish. It’s also true that corporations use tools they aren’t aware of. Any company that has a WordPress website, for example, relies on MySQL, even if it is hosted by someone else.

How to Attempt to Terminate a Program

All who have worked in technology have seen a beloved piece of software die prematurely. There’s a whole cemetery of Google ventures that have been abandoned.
Microsoft is also known for killing off its children — often multiples at once, such as when it retired Expression Studio, a family of web, design, and media-encoding tools aimed at competing with Adobe.

When Microsoft came after Access, however, they seemed to blink

The first error was not executing Access in a single stage, as they had done with Silverlight, PhotoDraw, Minecraft, and a slew of other applications. Instead, Microsoft attempted to nudge Access into obscurity. They first attempted to marginalize Access by blatantly denying it. Microsoft had no official response a few months before the release of Office 2013 as to whether or not there will be an Access 2013.

Then they started hacking away at its features, eliminating old, but still common, favorites. Importing old formats like dBASE was no longer possible. The ability to build pivot tables was lost. The ability to build an Access front end for a SQL Server database — and the upsizing wizard for migrating MS Access databases to SQL Server — were both removed.

It was like something out of the Hostel series. Microsoft hacked off another piece of Access anatomy with each update, but the software remained. The efforts to include an improvement route out of the Access world were the most dramatic of all. Microsoft developed — and then abandoned — three separate systems for placing Access databases on the web in fast succession.

This was something we hadn’t seen before in miscellaneous apps. We were watching Microsoft try and fail to provide an upgrade route out of Access before finally giving up.
The maker had abandoned the project, just like Frankenstein’s monster, but was still unable to destroy it.

It’s no wonder that in the world of technology, old items remain. After all, COBOL is still around. But what makes Access unique is that it has survived despite the corporation that produced its not-so-gentle negligence. 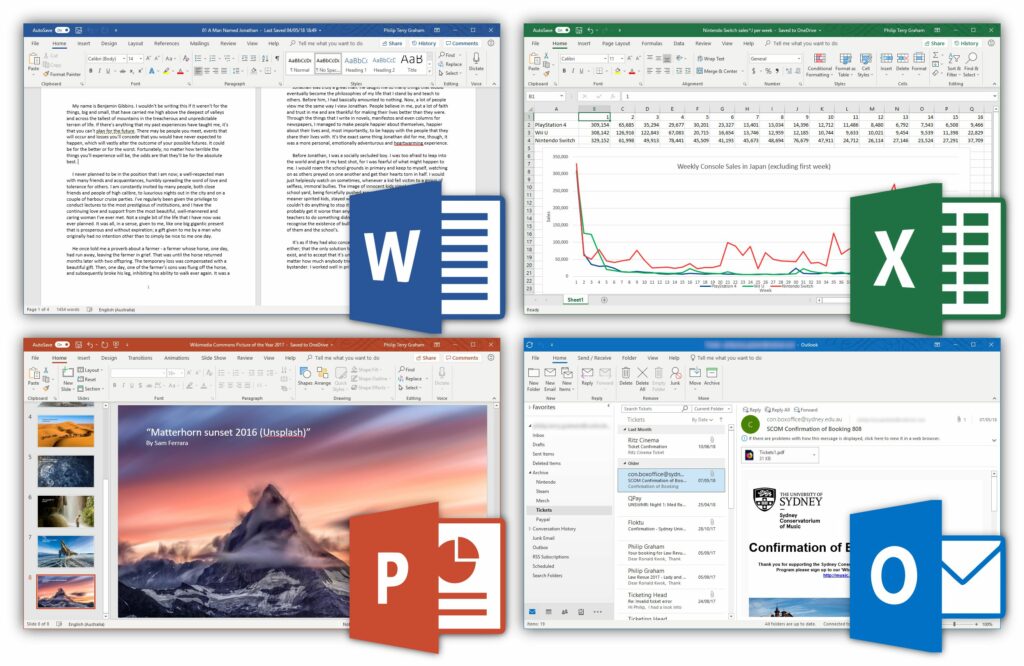 What makes Access, despite its flaws, so popular? There are many cultural and practical explanations for this, but three stand out.

1. The chasm between power users

The Access audience is a unique demographic that is seldom targeted these days: non-technical coders. They may be familiar with Office macros, but they lack a structured programming experience. This type of person was once referred to as a “power user.”

Power users may be a hazardous party to assist. You can make an effective weapon for shooting yourself in the foot with just a little experience. However, there is considerable untapped potential here.

Give a technical individual a way to solve problems that don’t require them to write pages of code, and they can make a difference by automating small tasks, maintaining their own data islands, and contributing to the organization and effectiveness of their local environment.

There is still a market for codeless or code-light tools today. People who are inspired want to do their work without having to pay a specialist for each semicolon. But the only tools we’ve provided them so far are a generation-old VBA macro language and expensive tools like PowerApps, which only work if your company signs up for a stack of Microsoft cloud products.

2. Real Strength comes from Inspiring others

If there’s one secret to Access’s popularity, it’s that it gave people a sense of control. Another example of Access in the workplace. For a small music school with several sites, my partner keeps track of families, teachers, classes, and attendance.

There’s no risk of several people editing the database at the same time, and there’s no need to share the information across platforms. Is a full-fledged SQL Server program preferable? Yeah, and I could do it with SQL Server Express for free.

Even though creating such an application is a simple process, it cannot be completed in a single day. And, unlike Access, the user of that program has no simple way to customize it with their forms and reports.

3. Never put too much stock in the phrase “it just works.”

Consider what it takes to set up a professional database solution for a moment. To put together the SQL Server Express example I just described, you’ll need to do the following:

This series doesn’t produce any results. It’s exactly what you need to get your atmosphere ready. When you compare it to the expense of getting started in Access, it’s a no-brainer. There’s almost no way to start Access and build a database that doesn’t work.

It’s difficult to put a price on ease, but the allure of something that “just works” has propelled a slew of commonplace gadgets into overnight sensations. So the answer to why Access is still alive, albeit as an embarrassment in the corner of a party to which it was not invited, is plain. Ordinary people can use access. The fact that it encourages bad habits and that scaling it up leads to near-certain disaster is irrelevant.

MS Access can shamble along, unwanted and all-but-disowned by its founder, but still with a mission to serve, as long as no one tries to create a tool that gives ordinary people as much control with as little complexity as possible. The real question is whether we can attempt to replace it with a database-for-everyone toolkit.