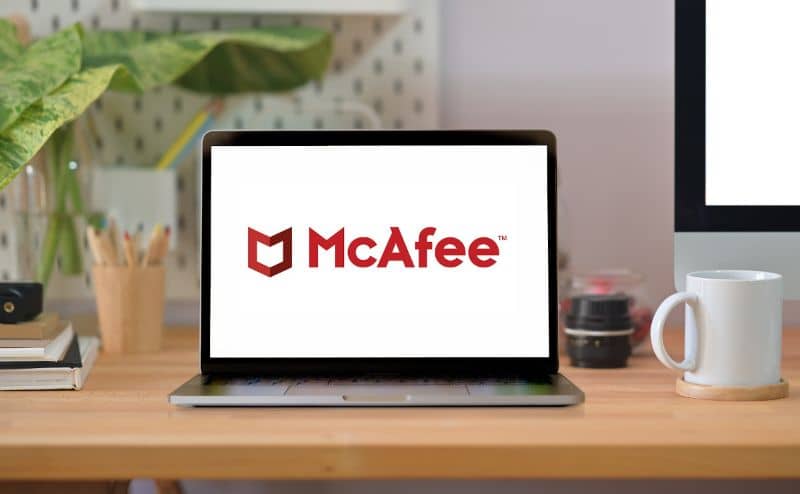 Did you know that McAfee Antivirus was one of the first firms in the United States to create antivirus software and that this software is still in use today? Granted, we now use a much more advanced version of it, but the fact that it has stayed trustworthy for over 30 years says a lot.

For this evaluation, we put the McAfee Antivirus Total Protection software to the test. It was an excellent investment for us, with robust digital security protections encased in a user-friendly UI. So, what precisely do we mean when we say that? Continue reading to learn more about McAfee Antivirus.

Total Protection is one of McAfee’s most popular digital security suites. It includes three types of protection: 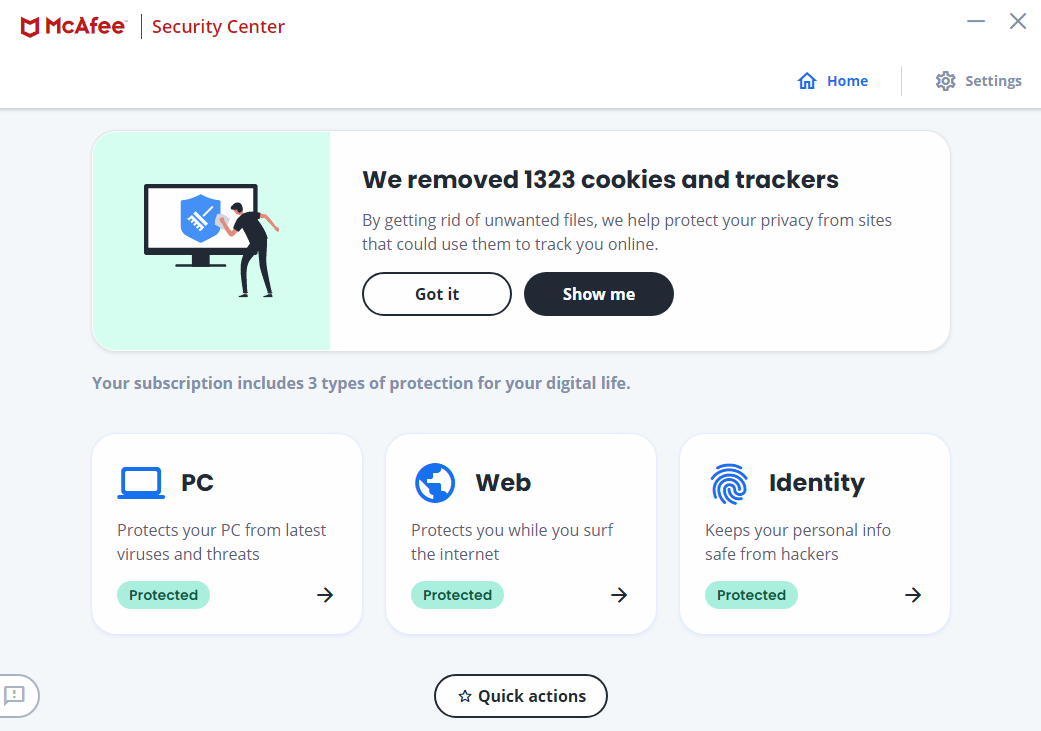 We concentrated on PC security since we wanted to discover how effective McAfee antivirus was. For our tests, we used an Acer Aspire 5 laptop with Windows 10 Pro and an Android smartphone. Also check kaspersky antivirus.

As an antivirus, McAfee Total Protection accomplished its job, which was to keep our PC virus-free. Real-time scanning deserves the majority of the credit. It ran a real-time scan of our computer and stopped viruses before they could do any harm. But how did it function in practice?

McAfee Total Protection did a short scan of each file we viewed, including downloads and email attachments, to check for viruses and malware. It stopped questionable files from opening and quarantining them so they couldn’t damage anyone. We wanted to see the functionality in action, so we went to EICAR and downloaded an anti-malware test file. When we opened the file, a message said that McAfee had found a virus and that “no action is required.”

Total Protection: It also includes full, rapid, custom, and scheduled scan options. The desktop client provided easy access to these features. ran a full scan of our computer’s hard drive, looking for every folder and file. Each scan took many hours, as predicted. Our initial scan took five hours and 22 minutes, during which we checked over 460,000 objects and removed four threats. Following that, thorough scans took an average of less than two hours.

Quick scans: Took less time, averaging only eight minutes during our tests. This is because they only looked at regions where viruses are known to infest, such as system files and registries. McAfee didn’t say how it decided which files to examine or how it customized the scope of the scan, but the reports indicated that it scanned over 12,000 things. For eight minutes, that’s not terrible!

A Custom Scan: A custom scan looks for specific files, folders, or drives. It was quite simple to use. We only had to right-click on the things we wanted to scan and pick Scan from the menu. It operated on a single file, a folder, or even a complete disc.

Scheduled Scan: This was an automated, complete scan that was performed according to the schedule we set. There were pre-programmed programmes, such as every second Monday of the month, but users could also construct their own by adjusting the frequency, day, and time of each scan. Keep in mind that full scans might slow down your PC, so make sure to run them when you don’t have anything else on your computer that requires a lot of RAM.

Is Your Virus Detection System Up To The Task?

We conducted a controlled experiment to see how successfully the McAfee antivirus software recognized various threats. We installed five viruses on our computer and ran a thorough scan to test how many antivirus programmes could identify them.

We ran the test on 40 different pieces of software, and here’s how McAfee Antivirus did. McAfee found three of the five viruses. That’s very typical, but on the plus side, McAfee found infections one and three. Only roughly a third of antiviruses discovered the files, so McAfee came out on top. When it comes to virus detection, though, McAfee Antivirus is at the centre of the pack.

Total Protection also uses a firewall to protect us against network-based dangers. It kept track of incoming and outgoing network traffic, blocked access to potentially dangerous apps, and assisted us in managing the Wi-Fi networks we joined on our laptop. The firewall tool NetGuard was one of our favorites because it kept an eye on our network and stopped us from connecting to suspicious URLs or IP addresses. This was one of our favourite things about it.

It also kept track of the apps that were operating in the background. When the security camera companion software tried to connect to a server that looked to be in Russia, for example, the firewall shut it down instantly. If the malware had been spyware, McAfee had just rescued us from a possible identity theft. Because the software was only trying to connect to a cloud server in Russia, we had to change the firewall settings to let it in, so we did that.

Of course, no review would be complete without a thorough examination of the user experience, from installation through use of the features. The installation process assessed our system to see whether it fit the criteria and if there were any other applications that would interfere with the installation once it was launched. It found Bitdefender VPN, which we were testing at the time, so we turned it off and kept going.

The rest of the process went without a hitch, and McAfee Antivirus Total Protection was up and running in no time.When we first started the software, we were met with a clean and straightforward home screen. At the top, there was a brief status report. The shortcuts to the PC, Web, and identity protection functions were underneath it. At the bottom, there’s also a button that takes you straight to the scan interface.

The features were well-organized, but if you’re in a hurry, the gear symbol in the upper right corner of the window exposes the settings for all of them. We also appreciated how the features were color-coded, with a green “on” indicator next to turned-on functions and a red “off” sign next to turned-off features. It was simple to identify which aspects required attention, much like reading traffic signals.

McAfee gathers a lot of information from its users, including the following: It’s also worth noting that they disclose some of the information they gather to third parties, notably marketers. They claim to share the information with their partner advertisers so that consumers may see relevant advertisements while on their website or using their services. During our tests, there were no pop-ups, but the Secure Search search engine did show adverts alongside our search results.

To say the least, the quantity of data acquired by McAfee is alarming. However, many antiviruses, believe it or not, acquire exactly as much data from their consumers as well. While we don’t agree with McAfee’s data collection procedures, it’s an industry standard over which we have no influence.

We evaluated the mobile app version of McAfee antivirus in addition to the Windows version. McAfee Mobile Security is the name of the iOS app. It’s called Mobile Security: VPN Proxy & Anti Theft Safe WiFi on Android. Both apps maintained McAfee’s typical simplicity while offering advanced digital security against viruses, spyware, and other dangers. As a result, both applications have received great ratings from users—4.7 stars on iOS and 4.6 stars on Android.

The apps’ great scores were backed up by lab test results from AV-Test, an independent IT security firm. They revealed that McAfee antivirus for Android detected 99.6% of malware attacks in real-time and 100% of prevalent Android malware discovered in the preceding four weeks at the time of the test. That’s the best there is for Android antiviruses, so kudos to McAfee!

McAfee Total Protection is a good value for the money because it contains antivirus, firewall, web protection, identity protection, and a VPN. To learn more about McAfee’s subscriptions, see our McAfee antivirus price page.

We decided to contact McAfee Antivirus after our five-hour initial complete scan to see whether this was typical or if there was anything we could do to speed things up. We chose to talk with an agent because their email and chat support were both available 24 hours a day, 7 days a week. After completing the necessary paperwork, the agent stated that the initial scans took longer than expected, but that subsequent scans would be shorter.

He also provided us with advice on how to prepare our computer for the scan, such as defragmenting the hard drive and shutting down useless and background programmes. Overall, the agent appeared to be knowledgeable, and the fact that help was accessible 24 hours a day, seven days a week made us really delighted.