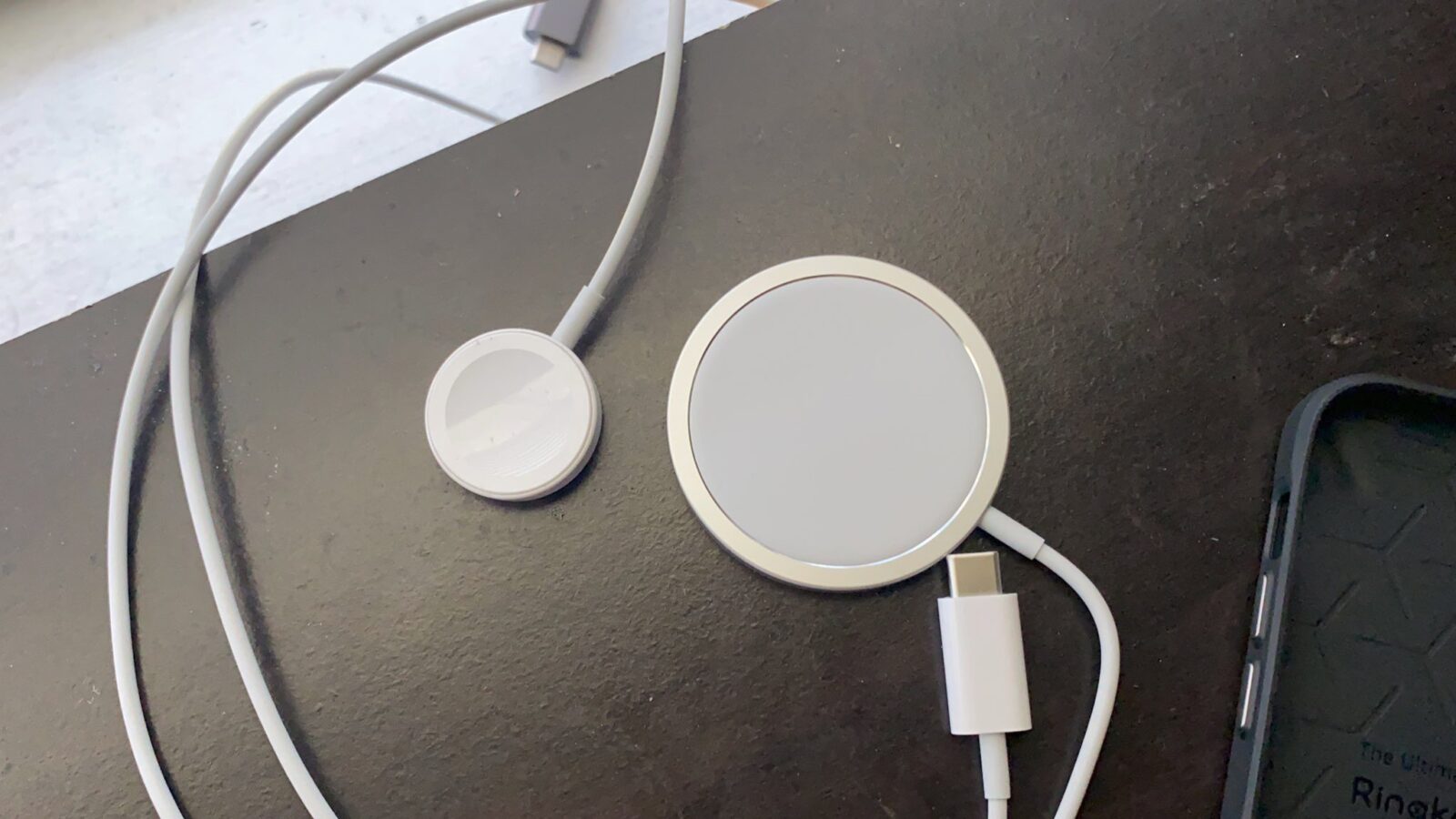 There are already a lot of Apple MagSafe charger for the iPhone 13 on the market, but which ones are worthwhile? The MagSafe magnetic charger, which came out with the iPhone 12, is a big improvement over Qi charging and other earlier wireless charging methods.

MagSafe is, here is a brief explanation of what it is and why it is the greatest type of wireless charging you can get for an iPhone 13. As we’ve already said, the MagSafe was first made available with the iPhone 12. This new technology has replaced the older, bulkier Qi chargers with ones that can charge more precisely and quickly.

Magnets included in MagSafe-equipped gadgets align and orient your devices for the best charging. This keeps the iPhone power receiver and the directed wireless charger in the same place while you charge. Even though Apple got them to give iPhones 15W of power instead of just 7.5W, which is twice as much as Qi chargers could give, position is not the biggest benefit of Apple MagSafe charger alternatives.

As with any new technology, Apple MagSafe charger choices are also available in counterfeit form, as with any new technology. Even though they are just standard Qi chargers, some wireless chargers that aren’t made by Apple will say that they work with Apple’s MagSafe. However, there is a way to tell whether a wireless charger is genuine or a forgery.

Only a few authentic MFI-certified MagSafe chargers for the iPhone 13 are available. Belkin produces the majority of these third-party chargers, followed by Mophie and Twelve South. This section of the list includes guaranteed 15W Apple MagSafe charger for iPhone 13 models. 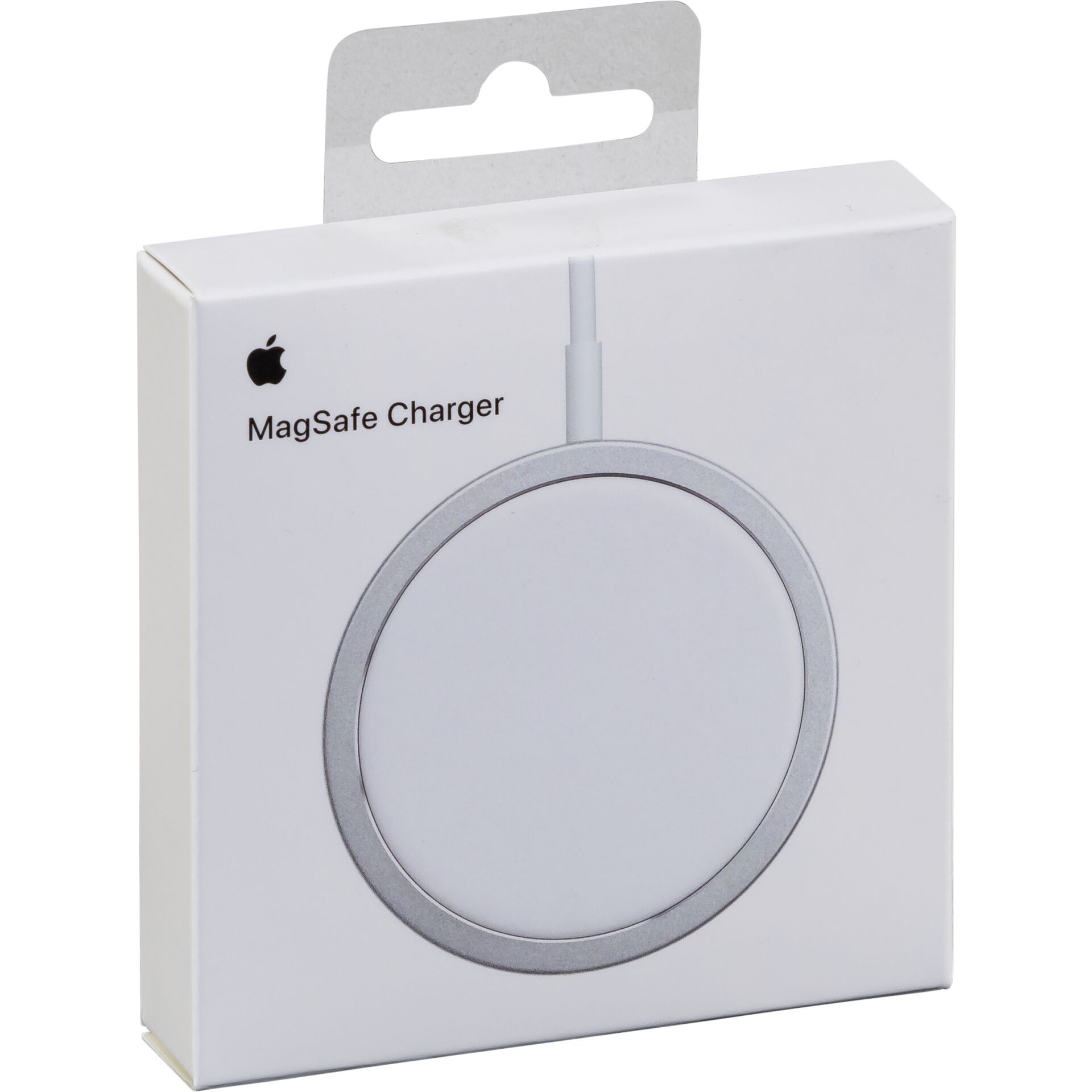 Our pick for the best value? Apple’s own MagSafe charger is, of course, the MagSafe charger for the iPhone 13. Apple chargers are the best when it comes to how easy they are to use and how well they work with other Apple products. In addition to having a straightforward look, this charger is simple to use because all you have to do to get it going is plug it in and put your phone on it. Keep in mind that this item does not ship with a wall power adaptor. It must be purchased individually. 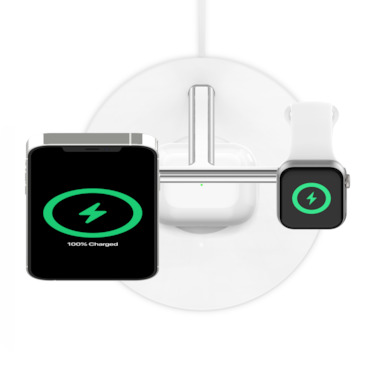 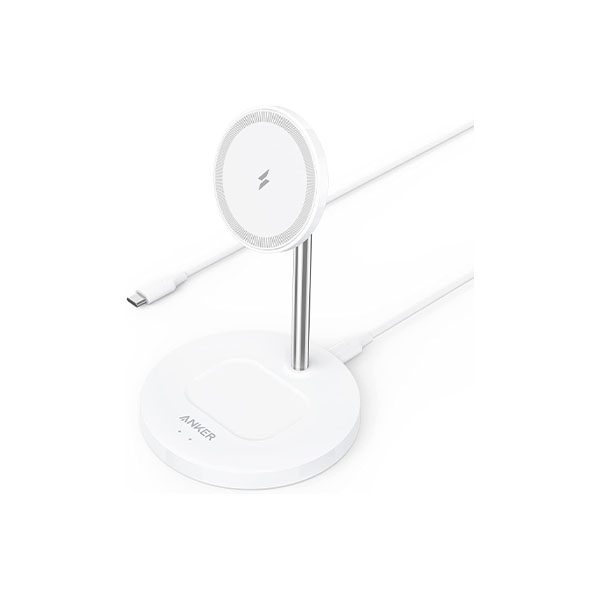 The PowerWave 2-in-1 from Anker is a good choice for a 2-in-1 iPhone 13 wireless charger. It works with MagSafe and can charge a pair of AirPods and an iPhone 13 at the same time. The Powerwave offers a few advantages, like its price of less than $50 and the ability to tilt the iPhone dock up to 30 degrees for improved viewing. If you need a MagSafe charger for your iPhone 13 and don’t mind charging with just 7.5W, the PowerWave is a good choice. 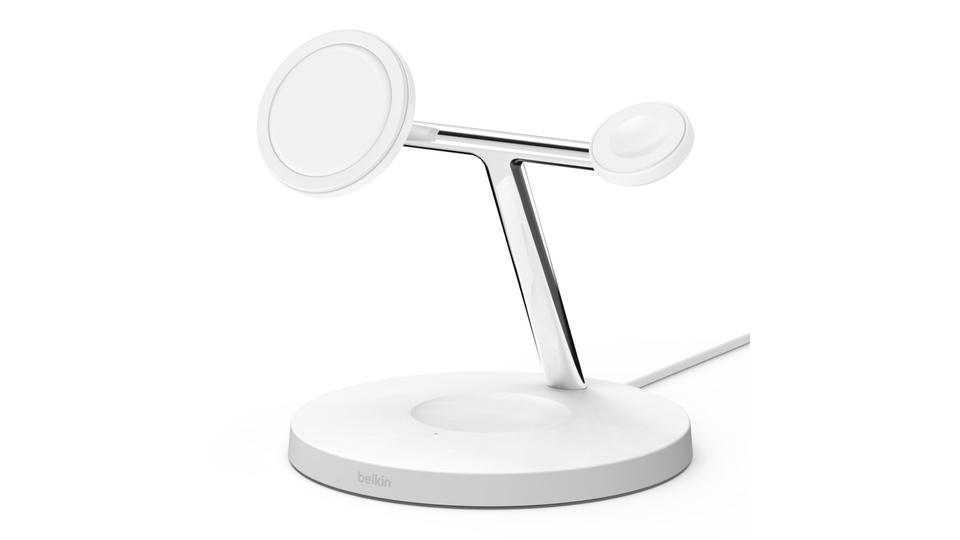 For devoted Apple users searching for a charger for several devices, our top choice on this list is the Boost Up Charge by Belki. You can charge your iPhone 13, AirPods, and Apple Watch simultaneously with the help of the MagSafe, a 3-in-1 charging station. The Boost Up Charge, a top-tier real MagSafe charger, can deliver the full 15W of power even when the watch and earphones are charging simultaneously! Because of its sturdy MagSafe locks, you can use the stand as a regular iPhone 13 stand for video calls and meetings while it charges. The best part is that Belkin also included a 1.2-meter cord and a suitable wall charger to power their charger station. 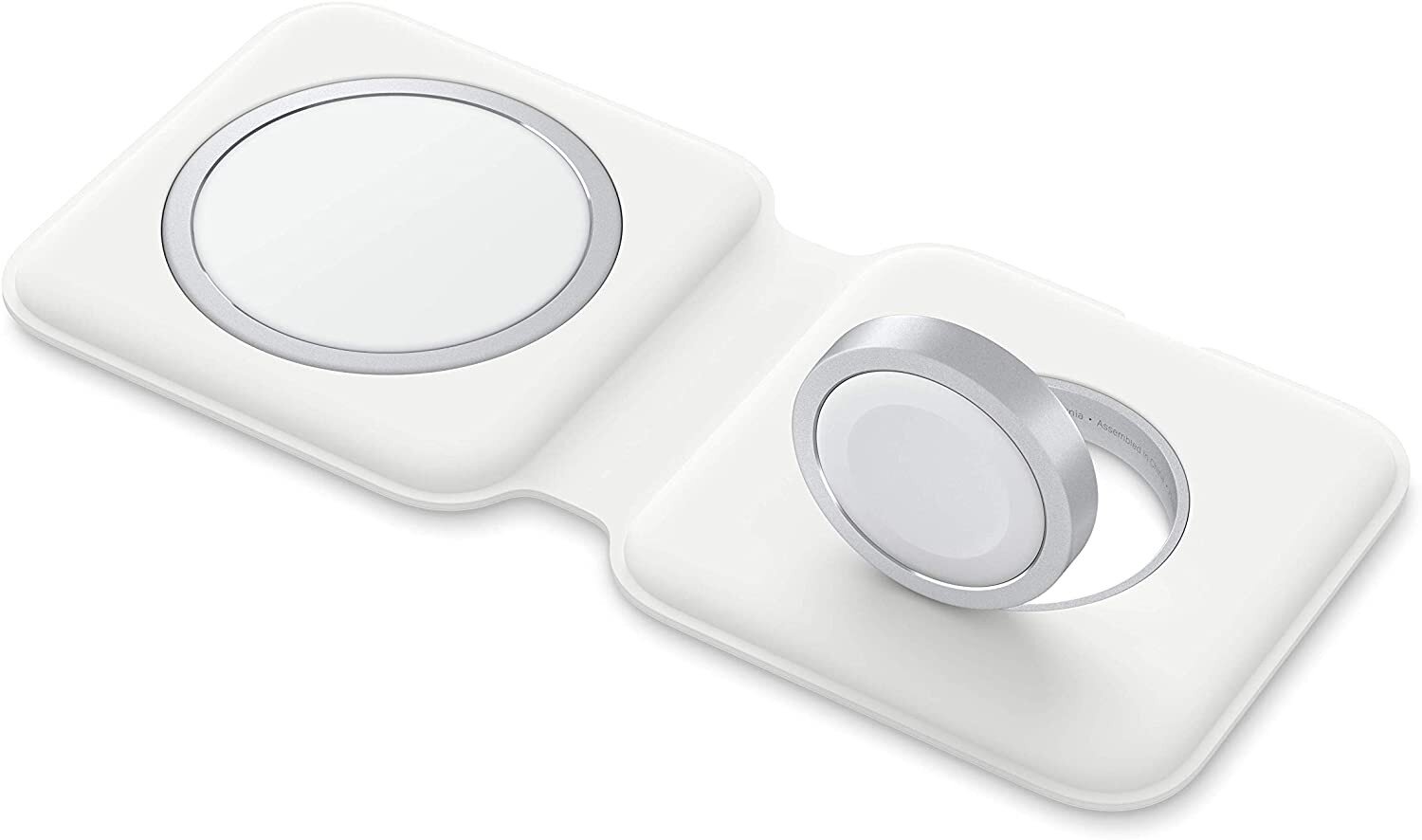 The MagSafe Duo Charger from Apple is small, svelte, and lightweight. It features two (thus the Duo in its name) MagSafe chargers and is made to be a MagSafe charger for iPhone 13 models and Apple Watches. The largest of the two charging discs is designed specifically for the iPhone. In addition, the Duo Charger is designed to be “travel-sized” and is portable enough to fit in a bag or handbag. Although it costs this much, it just comes with a charging wire and no wall adaptor. If you are on the fence, we think you should choose the Mophie 3-in-1 Travel Charger over the Apple MagSafe Duo Charger. 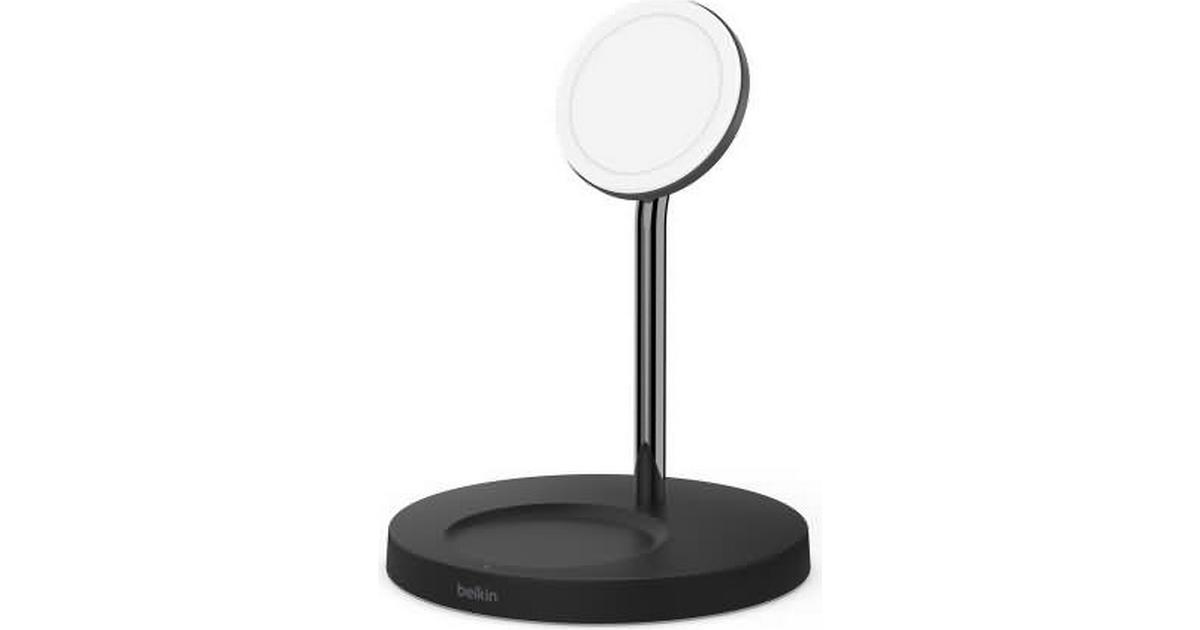 The two-in-one model from Belkin’s Boost Up Charge The MagSafe Charger Stand range is designed to simultaneously charge an iPhone 13 and AirPods. Given that it utilises the same half-ball charger architecture that can rotate and slide, there isn’t much to say about it that hasn’t already been stated about the 3-in-1 version. Its base, on the other hand, is identical to that of the 3-in-1 model and features a small recess for the AirPod case to slip into.

7. Mophie 3-in-1 Travel Charger with MagSafe 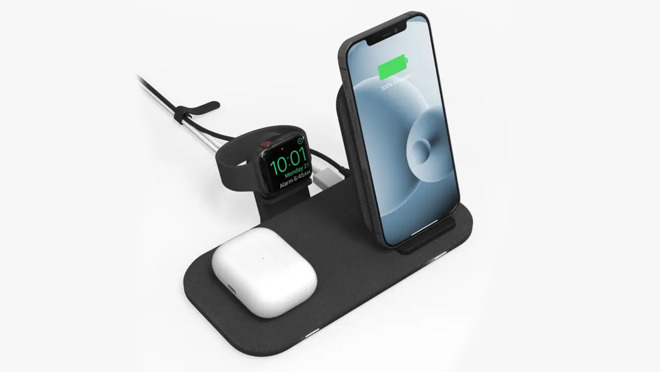 The Mophie 3-in-1 Travel Charger with MagSafe, which is only available through the Apple online store, does everything that our top pick does. Mophie’s 3-in-1 comes in a stylish and convenient travel case, and it costs about the same as Belkin’s Boost Up Charge MagSafe 3-in-1 Wireless Charger Stand! It’s never been simpler to charge your iPhone 13, Apple Watch, and AirPods while on the road. All you have to do to start charging your devices is find a table, unfold the Mophie pad, and plug in the power adapter that comes with it.

8. Otterbox 3-in-1 Charger for MagSafe 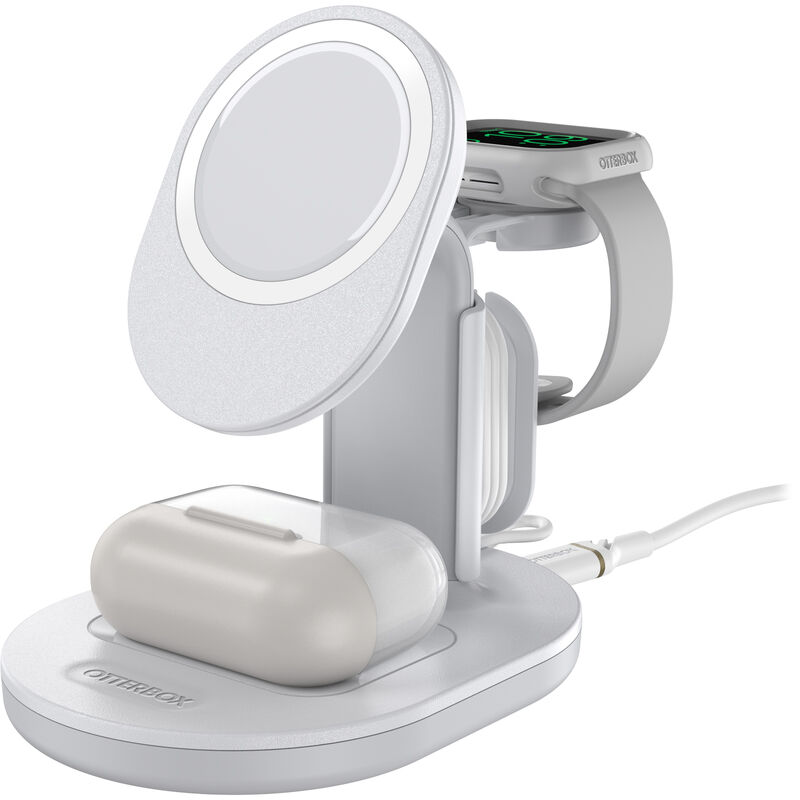 Otterbox offers a complete selection of phone chargers and accessories while being better known for their durable phone covers. This range includes a 3-in-1 Charger for MagSafe that can simultaneously charge an iPhone 13, an Apple Watch, and a pair of AirPods. Even though it only has 7.5W of power, this 3-in-1 charger is far smaller than its rivals and is just under 7 inches tall and 4 inches wide. 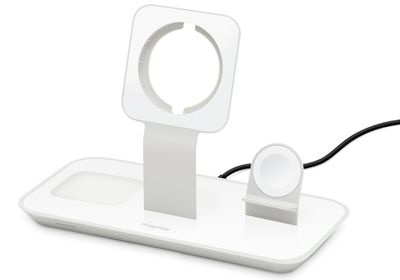 Mophie’s 3-in-1 MagSafe Wireless Charging Stand is another real MagSafe charger for the iPhone 13. This stand is a rival to Belkin’s Boost Up Charge MagSafe 3-in-1 Wireless Charger Stand, which is our top pick. While Mophie’s static stand is fairly nice on its own, we like Belkin’s adjustable and rotating MagSafe charging half-circles more.

The Belkin MagSafe Wireless Charger is Belkin’s take on Apple’s basic MagSafe charging disk. Due to two factors, this charger is preferable to Apple’s model. The first is the simple decision to make a plastic flap that can be used as a kickstand while your phone is charging. However, it features extra attachments, including a 6.6-foot charging wire, which is its second difference.

Because of how they work, MagSafe chargers can charge your iPhone 13 faster than other chargers because of how they work. If you need to tap up quickly or don’t want to wait too long to use your phone again, they are ideal. Although their pricing may appear prohibitive, you may still get a fantastic bargain.

The 3-in-1 or 2-in-1 MagSafe chargers from Mophie or Belkin will provide you with greater value if you are an Apple ecosystem aficionado. They provide a whole set that includes a cable and an AC wall power converter in addition to a specific charging pad for the iPhone, AirPods, or Apple Watch. We advise sticking with the one MagSafe charging pad that Apple sells if you only have an iPhone 13.