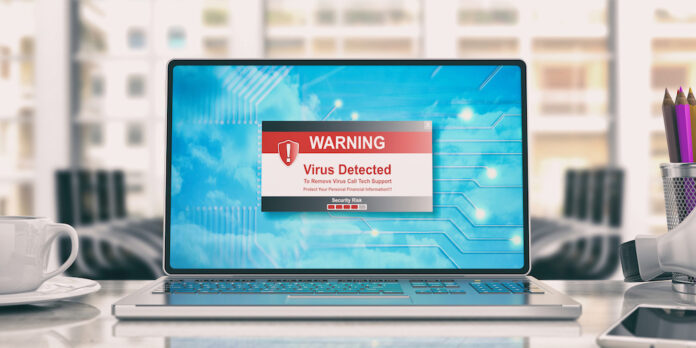 Do you know The IDP.Generic Virus – How to Remove It from PC? IDP.generic avast or Identity Protection Generic is a threat name when your antivirus program detects a malware threat on your PC.

In this article we will give you brief solutions that how to remove IDP.Generic from PC? Such viruses like IDP.Generic are designed to infiltrate your PC stealthily so, you won’t find any apparent symptoms on your PC, but in the background, the malware is doing its job and stealing your information.

Although IDP.Generic or other like these viruses are stealthy and won’t show any apparent symptoms, you will generally experience:

The Behaviour Shield of IDP.Generic Malware 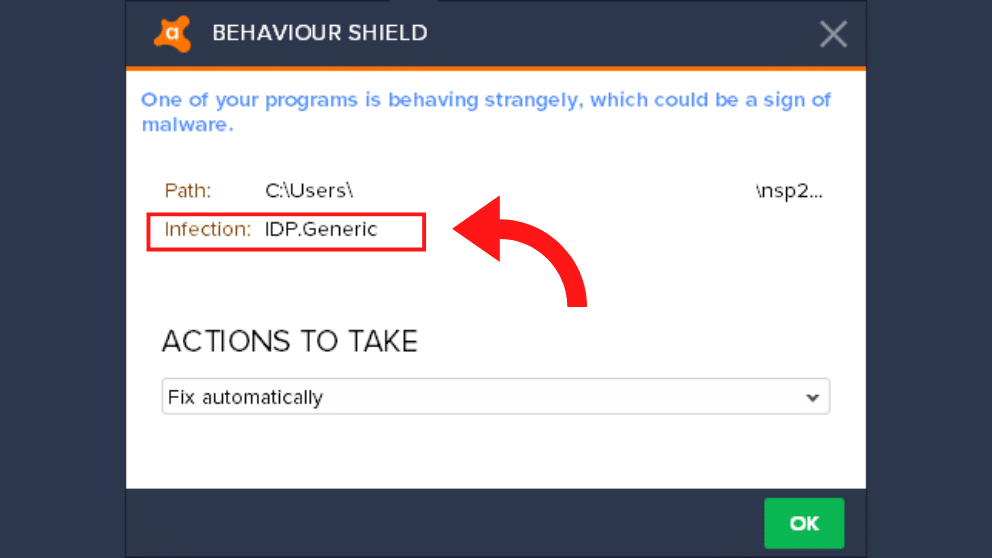 However, that is not always the case. All detection aren’t false positive. Sometimes a real threat is detected, and you get informed about a potentially malicious file on your PC.

Hackers also used the trick of disguising malicious files as legitimate by making the name of the file similar to a fair, and in such cases, it becomes hard to detect these threats. So, you should perform a double- check with another antivirus program and perform a virus scan of your PC with that antivirus program to ensure that there is no malicious file present on your PC.

Suppose more than one antivirus program detects a file as IDP.Generic malware then you should be cautious and remove it immediately from your PC to prevent any further harm as it can lead to the proliferation of other viruses and cause severe problems for you such as data loss, financial information loss, personal information loss, etc.

Infiltration of IDP.Generic to PC 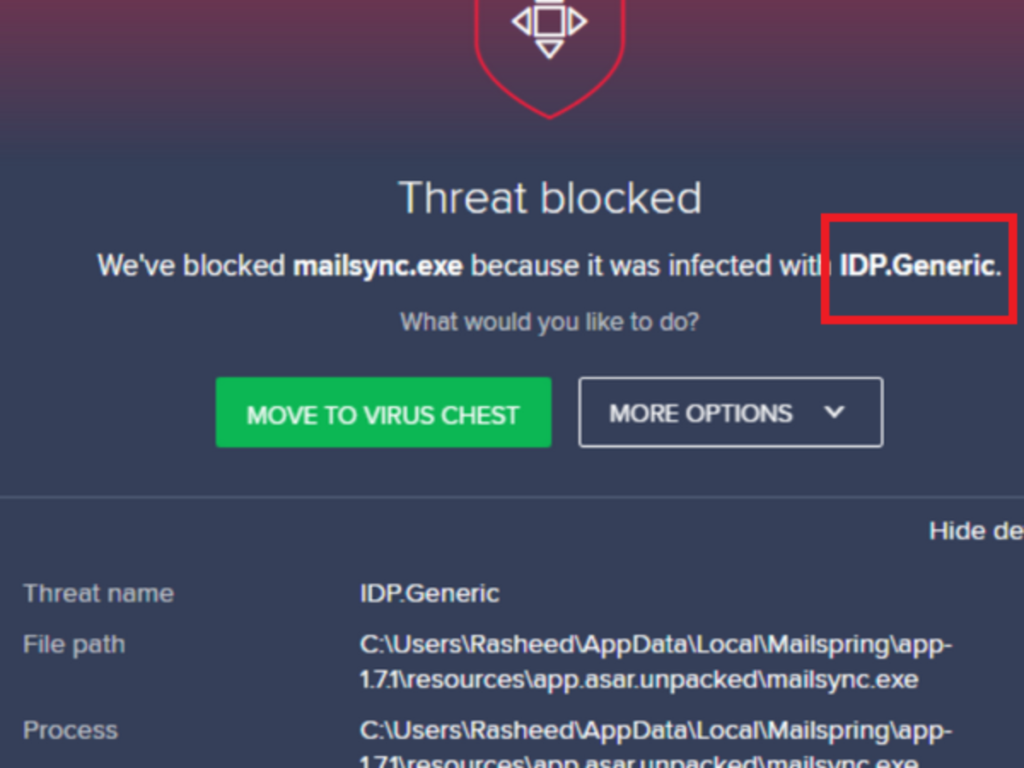 One thing that is for sure that malware such as IDP.Generic or Win32: Malware-gen can’t infiltrate your PC without user involvement. The user is involved in the infiltration of such malware, one way or another. Some standard methods by which this malware can infiltrate and enter your PC are:

So, in short, the standard method by which malware such as IDP. Generic can infiltrate your PC is by the installation of a malicious program, downloading a malware file, or opening a malicious executable file.

How to avoid the infiltration of such Malware?

Prevention is better than cure so, it is essential to avoid installing such malware, and you can do so by following these tips:

How to remove IDP.Generic Malware on Windows?

If you are can also be caused sure that the detection is not a false positive and the file/program is a malicious one, then make sure that you remove it immediately to avoid any harm or damage.

If your current antivirus program can detect this malicious, then remove it immediately.

However, suppose your antivirus program is unable to do so. In that case, you should download and install a reputable antivirus/anti malware program such as Malware-bytes which can easily detect and remove such malware and viruses from your PC.

If you can’t remove the virus from your PC with an antivirus program, then you should consider performing a system restore to a previous point or a full system restore. After doing so, your PC will be now free of the IDP. Generic malware and should work just fine. Suppose you have an antivirus installed and it still allowed this malicious file/program on your PC. In that case, you may require to consider changing your antivirus program as it is not performing its function optimally and is unable to detect such malware.

In general, you should not overlook any warnings from your antivirus program. You are now addressing IDP. Generic, most of its proceedings are false positives, but you should not entirely ignore it. Maybe, you will ask what effects IDP. Generic avast False Positive. The antiquated definition of your antivirus program endures these most common cause of this false positive flag.

This solely means that your antivirus program has not been updated. If the false positives are not reduced after the update, you should update it to the latest version or switch your antivirus utilization.

What should we take if we find false positive? 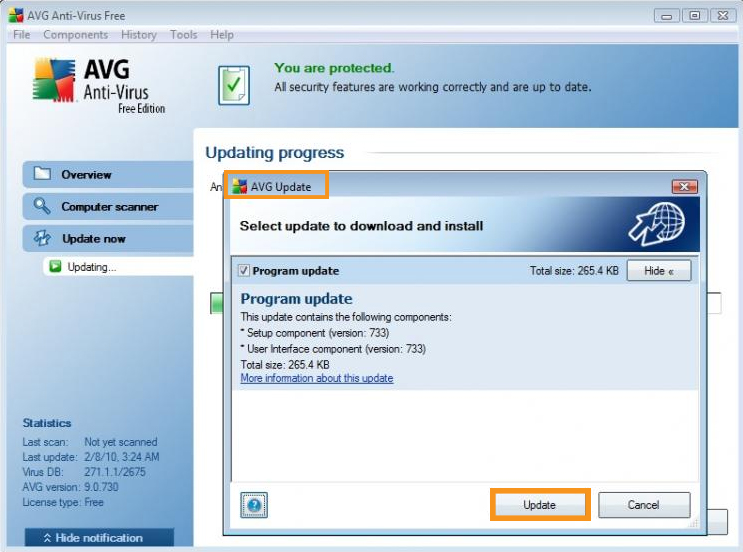 Suppose you get a false positive of IDP.Generic, you should have two things to do. First, concerning all, you should grasp some file out regarding the virus vault because your antivirus will block it. You follow the steps shown below. Here I take Avast as an instance.

Step 1: Open Avast on your processor and continue to the Avast dashboard.

Step 3: Under that tab, click ADD EXCEPTION, including a distinct window will pop up. When you bottle, type the file path that you require to continue in it.

Step 4: Click ADD EXCEPTION to save the record path.

Although these steps occur for Avast antivirus, certain steps should apply to other antivirus applications as well. Every antivirus has a virus vault including provides an advantage to restore the files from there. Next, you should go to the official web form for reporting false positive detection.

It is a minor problem and is solving by using the above methods. People surf the internet externally knowing that a lot remains happening in the experience. Often applications use any files without your consent. Hackers get the advantage of certain invisible applications.

Often unknown sites should a file attached this harms your computer. Hackers use these concealed files to harm your computer. Trojans are poisonings which if installed, download other malware. Thus further generating more harm. IDP. Generic Trojan extraction can be a long process. It may require advanced computer information. Most of the times, the alarm is false.