How To Watch The Complete Fate Anime Series In Order 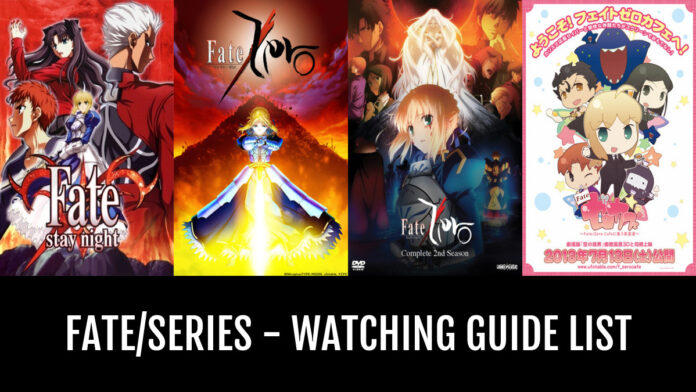 With the growing popularity of anime series, the Fate Anime series has also got a huge variety of mediums and the adaptations.

What Is Fate Anime?

Based on its first route of Type-Moon’s original visual novels, fate anime series or Fate/Stay night is a Japanese visual novel that was originally developed and released as an adult game for Windows. Later, one of the versions of fate stay night order was rated for age’s groups 15, which featured the Japanese voice actors from the anime series and that was released for the PlayStation 2.

However, later fate anime series was made available to download on Windows as a trilogy covering that of three main storylines. Realta Nua was also ported to the PlayStation Vita, iOS and Android. In the year 2005, the sequel game, Fate/hollow ataraxia was released. Soon, with the growing popularity many of its spin-offs versions, novels, manga series, and anime series were released as part of the Fate series.

In What Fate Watch Order Should I Watch It?

This season we have two anime in the Fate series on our screens. Although many of you may be big fans of Fate, I’m sure there are some of you that are new to the series and are wondering what it’s all about. I want to give you a quick overview of fate babylonia anime and the various TV anime within the franchise. What is So Good about the fate series order? 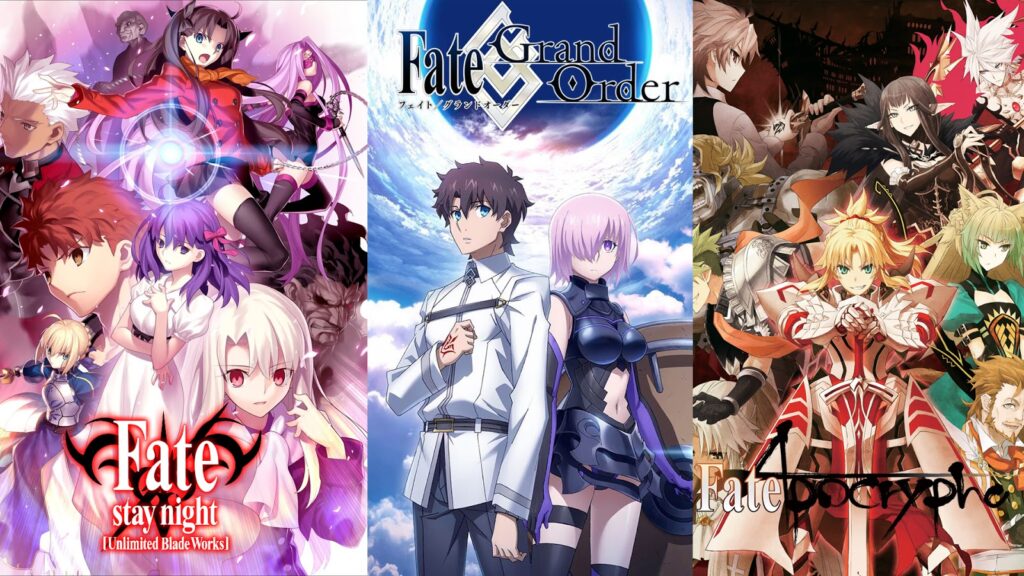 No matter what, it is a battle between people who fight for their beliefs. It features the difficulty of perseverance. The masters who fight in the war do so because they each have a wish that they want granted. The protagonist of Fate/stay night, Shirou Emiya, is an honest boy who wishes to save a lot of people.

On the other hand, the masters who try to defeat the other participants also have wishes; a wish strong enough to risk their lives in battle. Shirou gets toyed around by other people’s wishes and obstacles. There is no ‘happily-ever-after’ ending waiting for them. Even if the wish is self-serving or evil, the faith in their battle is depicted so diligently that it really is something to watch out for.

The battle action scenes are also a highlight. In battle, the Servants use weapons called Noble Phantasms (written with the kanji for ‘Treasures’). They can be anything from swords to spears but the weapon differs by servant. The camerawork that carefully follows the lively battle makes the audience feel like they are fighting with the characters.

The bond between Master and Servant is also something to pay attention to. There are different relationships and it’s really interesting to watch each one and realize whether it’s a use-and-be-used relationship and how that changes.

Gen Urobuchi is heavily involved in the fate watch order. He wrote the Fate/Zero light novels, which act as a prequel to Fate/stay night. They were also adapted into anime. Gen Urobuchi is known for Puella Magi Madoka Magica and PSYCHO-PASS, among other works. I won’t spoil anything for those series, but if you know them, then you know what I’m talking about if I say what kind of touch he lends to the Fate universe.

A Fierce Battle over the Holy Grail

Something that ties almost all works in the fate watch order together is a battle royal known as The Holy Grail War. The Holy Grail is an omnipotent existence that can grant any wish and is the subject of the war. Each of The Holy Grail Wars usually revolves around seven Masters chosen by the Holy Grail and the seven Servants that they summon. Each Servant is a Heroic Spirit based on a real historical or legendary figure, such as King Arthur, Hercules, or William Shakespeare, but are usually referred to using the name of their class.

There are seven classes of Servants, which are as follows: Saber, Lancer, Archer, Rider, Caster, Assassin, and Berserker. One Servant is contracted to one Master and the battle rages on. As most of the works in the Fate series revolve around these wars, they are full of discord, conflict, and constant bloodshed.

Some series venture off into slightly different genres. For example, the following are side stories by the animation studio Silver Link:

Based on a manga series by Hiroshi Hiyama, an alternate universe spin-off of the magical girl genre. Also, there is the following anime, which is airing monthly:

Based on a slice-of-life cooking manga featuring the Fate/stay Night characters, written by TAa and with recipes supervised by Makoto Tadano. The series is animated by ufotable.

This one is a little different from the other animated entries in the series as it doesn’t focus on the Holy Grail War whatsoever. We follow Shirou, Saber, and other characters from Fate/Stay Night as they enjoy home-cooked meals together. Each episode features a different recipe, which Shirou explains to us in an easy-to-understand manner. Although you may have more fun watching the anime if you are already familiar with the characters of the series, it is still a nice watch for people with zero Fate knowledge who are interested in Japanese cooking!

Today’s Menu for Emiya Family is not the first non-serious spin-off anime in the Fate franchise. The anime Carnival Phantasm was released as a series of OVAs in 2011-2012. Focusing much more on the comedy and slapstick aspects, Carnival Phantasm features not only characters from fate stay night order, but also from other Type-Moon franchises such as Tsukihime (a visual novel which was released before Fate/Stay Night). However, I would say this is geared more towards people who are already fans of the characters of Type-Moon as opposed to people new to the franchise.

Apparently, this visual novel anime adaptation series particularly didn’t do a good job. It wasn’t received well because of the way the stories and the events were re-introduced without the deep detailing. The series is totally based on the ‘Fate’ route of the game Fate/stay night.

The Fate/Zero TV anime series is a Japanese light novel which was written by Gen Urobuchi and it was illustrated by Takashi Takeuchi. Its basically a prequel to all routes in Type-Moon’s visual novels, Fate/stay night. It introduces secret magical tournaments, Masters summon Servants, reincarnations of legendary souls, and heroes from all across time.

The anime Fate/Zero 2nd Season is a Japanese anime film trilogy, which was produced by Ufotable and directed by Tomonori Sudō. The anime series was written by Akira Hiyama. The music for the series was given by Yuki Kajiura.

The season 2 adapts Heaven’s environment and the final route of the Fate/stay night visual novel. The main heroine is Sakura Matou who is affected by a conflict between mages known as the Holy Grail War. The series is totally based on Gen Urobuchi’s light novel Fate/Zero, which is set 10 years before Fate/stay night.

The Fate /Apocrypha is a television series that has been directed by Yoshiyuki Asai and produced by A-1 Pictures. It was premiered on July 2, 2017 on Tokyo MX and few other channels as well. The series has about 25 episodes. The script for the series was written by Yūichirō Higashide and Yūkei Yamada has designed the characters for the same. The series is totally based on the light novel Fate/Apocrypha, which is set in a parallel world to Fate/stay night.

The presage flower is a Japanese anime fantasy film that was produced by Ufotable and directed by Tomonori Sudō in the year 2017. The series is written by Akira Hiyama and it has music given by Yuki Kajiura. The film is the first installment in a trilogy that has the third and final route of the visual novel Fate/stay night. The series is totally based on the ‘Heaven’s Feel Route’ of the game Fate/stay night. The first movie was released in October 2020

The TV anime Fate/ Extra Last Encore is a loose anime adaptation from Fate/Extra. It was produced by Shaft and it was directed by Akiyuki Shinbo. The series was aired from January 28 until July 29, 2018 as a part of the Fate Franchise by game studio Type-Moon. The series is based on the PSP game Fate/Extra, which is set in a parallel world to Fate/stay night. For more such updates, stay hooked on to The Live Mirror.

To conclude everything you need to catch up with the fate anime series and watch it chronologically. Of course, there are several other entries in the Fate series, such as Fate/Apocrypha, which takes place in an alternate universe, and Fate/hollow ataraxic, which takes place several months after the events of Fate/stay the night, but neither those have been adapted into an anime, so they don’t apply to this discussion.