How to Destroy a City in Humankind 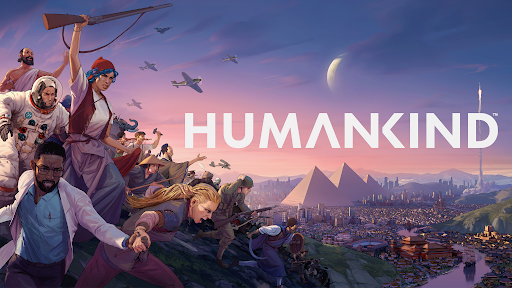 Humankind is a new 4X strategy game from the Amplitude studio. The game developers made a name for themselves with the decent Endless series. The games took place both on Earth and in space. They know how to create global strategies.

Humankind is direct to Sid Meier’s Civilization. Both of the games revolve around the idea of creating your unique nation and upbringing it from ancient times to the distant future. Humankind is smartly designed and well-optimized. The best gaming computer under 500 will run it smoothly.

Cities are one of the key points of the Humankind gameplay. They are military and trade centers, the heart of your empire and your most distant outposts. Therefore, managing the cities in the game is an important aspect of your strategy.

Humankind offers several options for dealing with the cities. The most straightforward of them is to destroy a city.

Why Do You Want to Destroy a City?

The question of city destruction arises during a war. When you have a conflict with another nation, you exchange battles and try to dominate each other. Destruction of the city looks like a natural development of a conflict with your opponent.

Humankind has a parameter called the “city cap.” This number is responsible for the number of cities you can control. When you rapidly advance in the enemy’s territory in the early game, you can leave behind cities you can’t control.

In this case, you can destroy them to weaken the enemy and gather resources for your empire’s development. In mid-game, the city cape does not become a big issue. From this point, the destruction of a city has a strategic point.

You need to choose the target for destruction carefully. It shall be the city that won’t contribute much to your nation but will weaken the enemy.

Finally, in the late game, where all nations step into the modern era, destroying a city becomes a diplomatic move. All of the nations have access to advanced weapons and armies. To destroy an opponent’s city in a late game is a demonstration of power. Otherwise, you may do it just to smash your enemy into dust, that works too.

How to Destroy a City: Mechanics 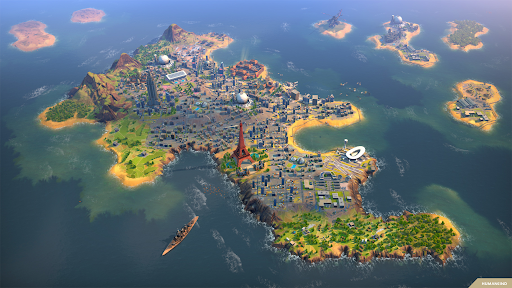 The city develops in several steps. First, you, or your enemy, plant an outpost on any suitable spot on the map. The outpost develops for several turns and then upgrades to the city. Therefore, if you see an enemy outpost near you, you may strike preemptively and destroy it before it becomes a city.

To destroy a city, you need to have a military unit. Any troops of any culture will do. You place your unit on the city hex. You will see possible options for interaction with the city. One of them will be “ransack.” Ransacking means stealing the city’s resources and removing the city from the map.

The amount of turns needed for a city to be ransacked depends on the city’s fortifications and infrastructure. You may check this parameter before committing to city destruction. It appears below the city name, next to the population.

Ransacking is the most popular option for city destruction. However, it may not be available at some point. For example, a city can be located on a small island and take its whole space, making ransacking impossible. In this case, an artillery strike would be a viable option.

Units with the artillery become available in the mid-game. In this stage, the city cap is not an issue. Therefore, city destruction is an extremely costly act. Still, if you want to destroy a particular city no matter what, artillery will work just fine.

A nuclear strike is an exquisite way to destroy the city of your opponent. You need rare resources to launch a nuke. Therefore, a player who takes control of them first imposes conditions on the rest of the game.

At this point, you do not have to destroy a city unless you are in a full-scale war. Possession of a nuclear missile is a weighty argument in any diplomatic negotiations.

How to Destroy a City: Strategy

Mechanics of city destruction is only half of the deal. No opponent will give you their cities for free. Besides the mechanic of destruction, you need to know the strategy of doing so. There are numerous ways of outsmarting your opponent and strip him of resources. There is no single correct answer. Experiment and find your unique solution.

One of the most common and simple strategies is to outnumber your opponent and defeat him with brute force. A large number of cheap units will overwhelm and exhaust your opponent. He will lose most of his army just to protect one city. Otherwise, he will retreat, and you will have your prize.

If you start to develop in the military branch of your culture, you may try to take the city in a cauldron. It works well for the distant outposts at the edge of the enemies’ empires. A surrounded city will be demolished without support.

Finally, a long siege is a way to exhaust and make surrender a well-fortified city. If the defenders take advantage of their defensive constructions, then you should not clash against the walls again and again. Instead, focus your attention on the tasks at hand, and a sieged city will be exhausted eventually.

What Else You Can Do to a City

Destruction of a city is not the only option in Humankind. You can upgrade and downgrade your cities online. A player can make captured cities and outposts a part of his empire. You can trade cities in diplomatic negotiations.

Destruction of a single city does not make much sense in the long run. However, if you want to leave behind a scorched wasteland, then mastering the city’s destruction is a necessary skill. Humankind is a versatile game. Whatever path you choose for your nation, the game will give you all the necessary tools to complete it.