What can the Google Nest Doorbell Wired do? 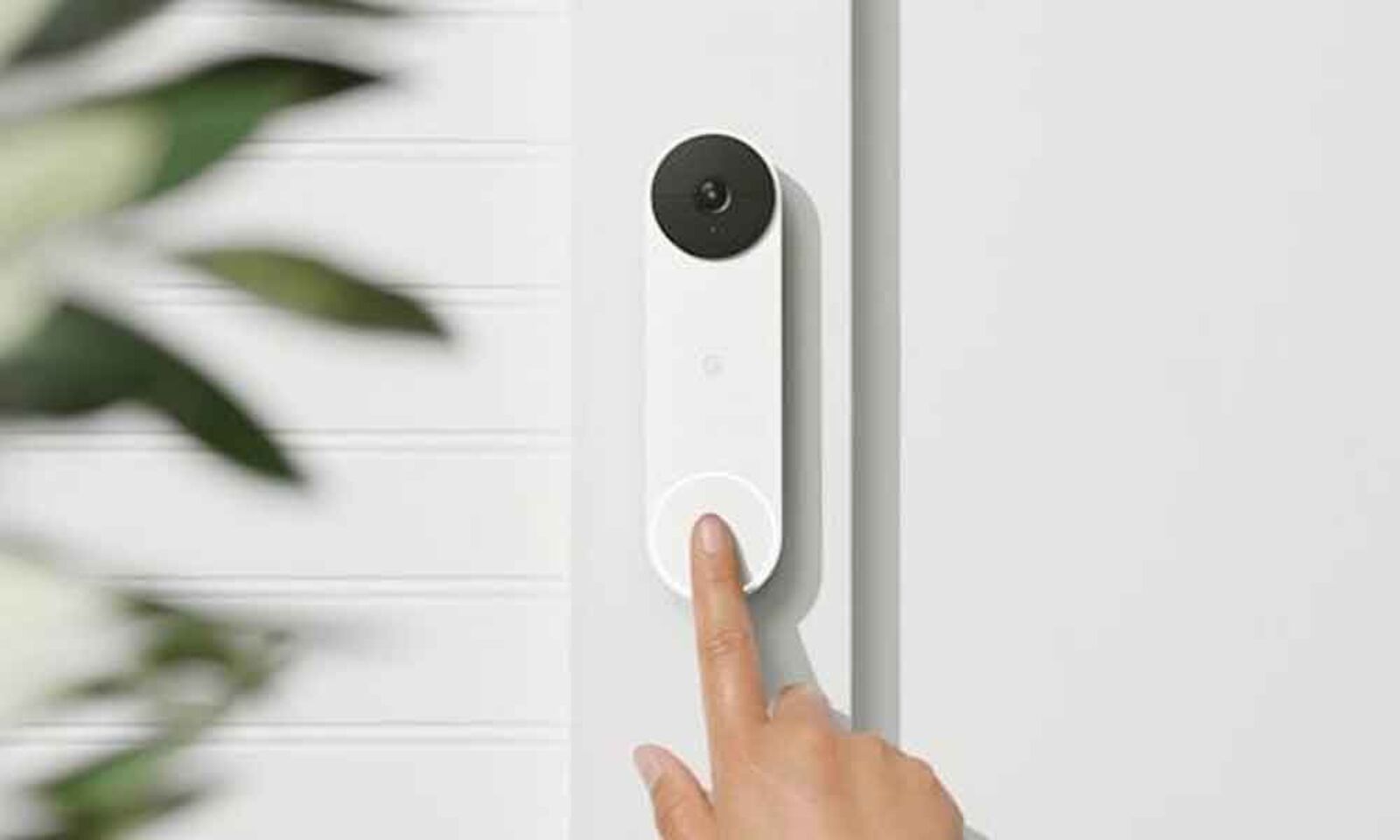 Google said that it was developing a new version of its wired video google nest doorbell to take the place of the Nest Hello. It was predicted that the technology would debut in 2022, and now some renderings of what it will look like have surfaced.

Following their appearance in the Google Home 2.58 app update on the Play Store, the photographs were discovered by 9to5Google. They have a pill-shaped design with a white shell, a black camera lens and surround at the top, and a sizable button at the bottom that is very similar to the Google Nest Doorbell (battery).

With the Nest Hello in 2018, Google made its debut in the smart doorbell market. Due to its exorbitant cost and significant restriction of only functioning with current wired doorbell systems, the doorbell has unfortunately only attracted a tiny audience. The Google Nest Doorbell, however, is the company’s first fully wireless product this year.

The google nest doorbell wired is unquestionably the smart home entrance system that Google enthusiasts have been waiting for. But even before the Nest Hello was released more than three years ago, consumers wanted this device. How many of those people have already left the group and joined one of the several competitors that have long provided true wireless doorbell solutions? In any case, we’ll outline what you may anticipate from this much-awaited gadget in this Google Nest Doorbell review.

The device has a “G” logo in the centre and “hello” written in many languages all around the camera lens at the top. The wired variant is allegedly thicker and shorter than the battery-operated model, albeit the story on 9to5 is Google omitted particular measurements or technical details.

According to reports, the Google Home app suggests adding a wedge and a wall baseplate, both of which are parts of the battery-operated variant, as well as linking the wired video doorbell to your home’s chime. Your home is extremely safe thanks to these smart home security devices. On October 6, Google will host an event where it is anticipated that the Pixel 7 and Pixel 7 Pro, as well as smart home products, will be unveiled. The wired version of the Google Nest Video Doorbell is anticipated for the occasion.

How does the Google Nest Doorbell function?

The Google Nest Doorbell can best be understood as a little wireless security camera with an integrated doorbell button. In that regard, it will essentially do every function you would desire from a security camera. It will keep an eye on your front entrance, let you know if it sees somebody, record whatever happens, etc. 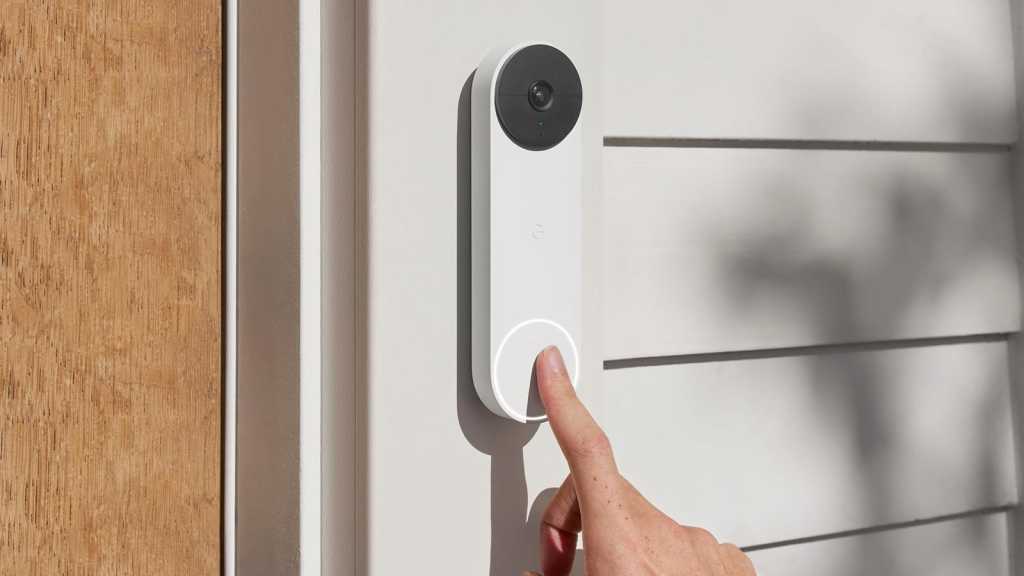 The camera and doorbell functions operate together. Your smartphone and all other Google Assistant-enabled devices will notify you when someone touches the doorbell. You may immediately talk to that individual (audio only) by tapping a microphone button on your phone or other smart display. If this makes you feel uncomfortable, you can use the Google Assistant voice to get answers that have already been written.

These conversations have decent audio quality. The audio coming out of the doorbell sounded approximately as good as a loud smartphone speaker, and I could hear people perfectly from it. The chats were not hindered by any noticeable audio delays, but there were a few little ones here and there. The three offered scripted replies don’t really cover all conceivable scenarios, so I really wish there were a couple more options. Your only options are as follows:

It would be wonderful to include options like “Please come back in 10 minutes” or even just “Thank you very much.” Although I appreciate Google’s efforts to make things straightforward, there is undoubtedly potential for growth. At the very least, the replies ought to sound friendlier! However, it should be mentioned that the camera functions perfectly with Google Assistant and smart displays that use Assistant.

It appears on the screen shortly after you request to see the doorbell’s camera feed on your smart display. When the bell is rung, a loud and clear chime is heard, and the video stream immediately starts playing right away. Since you utilise the Google Home app to set up and manage the device, there is no further setup required; everything simply works. The doorbell itself cannot be controlled by assistant instructions, though.

Contrary to many competing products, the Google Nest Doorbell’s video stream has a 3:4 aspect ratio rather than the more common 16:9. The camera can see all the way to the floor thanks to this higher ratio (seen in the screenshots above) and a 145-degree diagonal field-of-view (FoV), which makes it easier for it to detect when parcels are left there. Of course, the drawback is that you don’t have the same expansive perspective as with other Security cameras.

Interestingly, the Google Nest Doorbell has a lower resolution than the Nest Hello — 960 x 1,280 for the former and 1,200 x 1,600 for the latter. Additionally, the FoV is less, being 145 degrees rather than 160 degrees. A video stream with a lesser quality is obviously not ideal. The broadcast appeared good and I could see all the information I needed, but several other devices at this price point provide the Hello’s 2K resolution or, at the very least, the minimum 1080p resolution.

Given that Google is primarily a software corporation, the fact that the software features of this gadget are its main selling points shouldn’t come as a surprise. The camera can distinguish between individual objects, including people, packages, animals, and automobiles. This enables you to be informed both when someone is at the door and that they have left a package behind.

Additionally, it means that you may set the camera to alert you only when a car passes by rather than when an animal does. I discovered that the camera’s use of this function was remarkably accurate. It detected people, packages, and automobiles almost flawlessly. Even though a bag of food placed at my door was plainly not a box, it was nevertheless classified by the system as a delivery. All of this is made possible by the device’s built-in machine learning capabilities. The Google Nest Doorbell is more effective at recognising things since it doesn’t need to contact Google’s servers to figure out what is happening on a fundamental level. 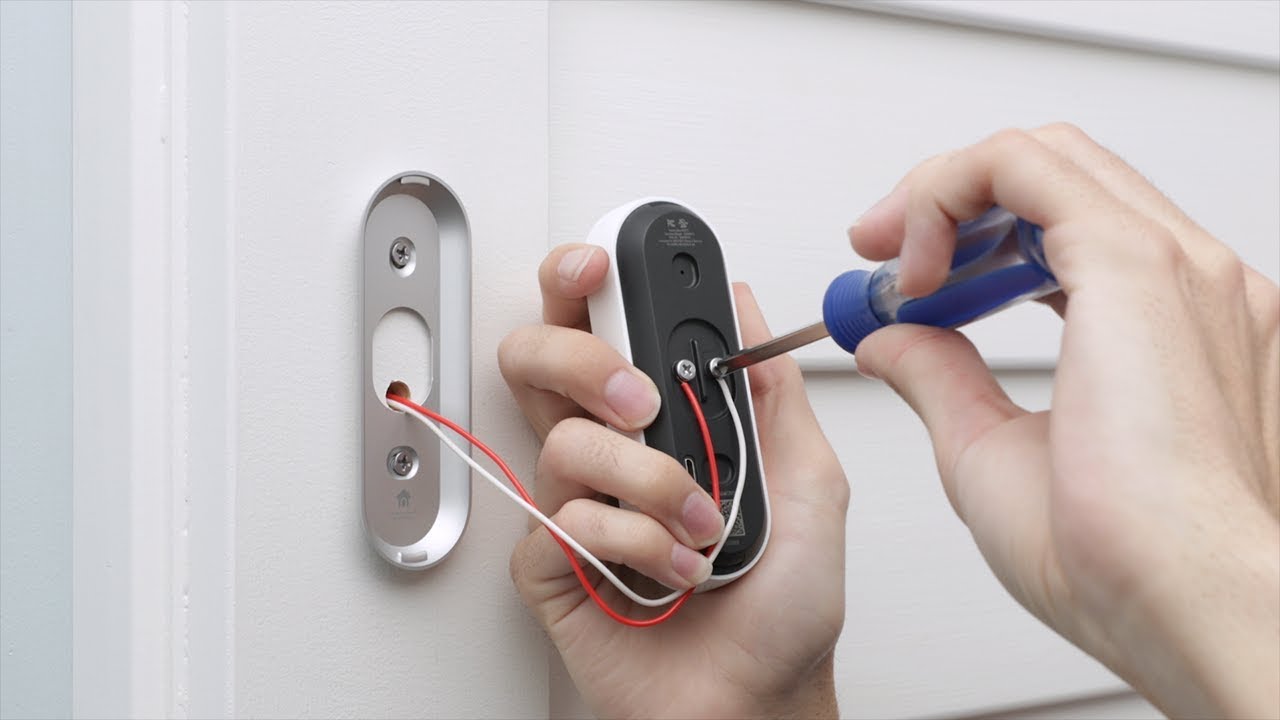 The Google Nest Doorbell does not require expert installation like all other Nest devices. The comprehensive in-app instructions that walked us through each step allowed us to set it up independently in less than 30 minutes. For individuals who are not comfortable with drilling and wiring, Nest provides professional installation services through OnTech for $99.99, which is a very common price in the sector. The wired option obviously requires some wiring and drilling. For renters who don’t have the option to hardwire a doorbell, the wireless doorbell is the ideal home security solution and just takes a few minutes to install. Read our post on the top security systems for apartments for more details on renter-friendly cameras and systems.

Although Google doesn’t sell accessories, particularly for the Nest Doorbell, we advise purchasing a Nest-branded smart speaker, such as the $49 Google Nest Mini, for a better experience. The Nest Doorbell’s chimes may be played on smart speakers. Guests’ names can even be announced if the Familiar Faces feature is enabled (although this feature requires Nest Aware).

Additionally, smart monitors like the $99.99 Nest Hub offer live feeds and replays from the Nest Doorbell camera (if you subscribe to Nest Aware). With Google’s integrated smart home strategy, every room, camera, and gadget functions together without any issues. We like how the Nest Hub pairs with our Nest Doorbell by adding a camera display to our kitchen counter that is always on. We suggest reading our evaluation of the Nest cameras if extensive monitoring is something you’re interested in. If you decide to get a Nest security camera, be sure to look into Prime Day deals!

What Does the Google Nest Doorbell Cost?

The Nest battery and wired doorbells are priced at $179 and $229, respectively, to compete with other products on the market. Each Nest doorbell is less expensive than the $249.99 Ring Video Doorbell Pro 2, one of its main rivals. The wired doorbell costs a bit more than other Nest cameras, such as the Nest Cam Outdoor, which typically costs $199. Considering what we would gain from a wired doorbell as opposed to an outside camera, we believe the price difference is negligible.

Let’s put things in perspective, though; $179 to $229 is not a cheap sum to spend on a single gadget. The majority of customers purchase video doorbells for security purposes, especially to avoid package theft. According to our own package theft study, nearly 4 out of 10 individuals in the U.S. have had goods taken from their porches, stoops, lawns, or doorsteps.

In 2020, packages were stolen from 43 percent of Americans, according to another survey. We believe that our purchase of the Nest smart video doorbell was a secure one because the average cost of each box that was taken was $136. The Google Nest Doorbell is a great deal considering all the extra capabilities for warding off porch pirates that also serve as a means to connect with loved ones at our home (no pun intended).