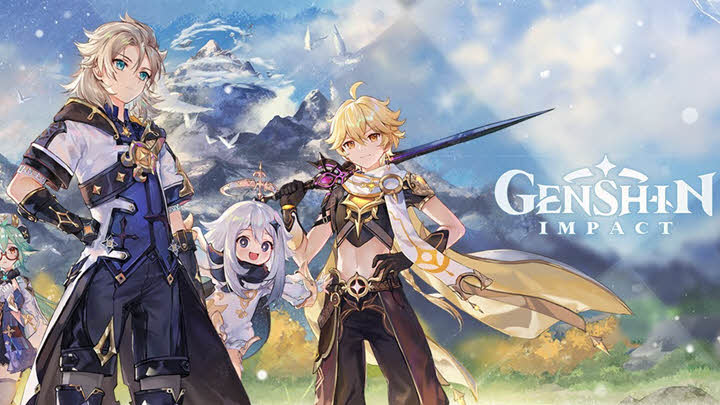 A huge number of titles are now being released on multiple platforms, and games such as Genshin Impact are becoming popular worldwide. With over 23 million downloads and $60 million in profit less than a week after its release, Genshin Impact has managed to capture people’s hearts and money.

It is known for its good looks, third-person open-world gameplay, ability to be played on multiple platforms, and easy-to-learn game mechanics. Even though Genshin Impact has been criticised in the past for being nothing but a clone of The Legend of Zelda: Breath of the Wild, it remains a tremendous hit. However, Genshin Impact is not without flaws. Genshin Impact has a few problems besides the fact that it was made in China, which has caused some political trouble.

These include its censorship practises in China, its kernel-based anti-cheat technology (which was initially mistaken for spyware), and its dubious account security (due to its lack of two-factor authorization and other similar features). Given these concerns, it is reasonable that players would hunt for games similar to Genshin Impact. We have, luckily, put together a long list of games that are similar and could be good replacements.

How Did We Choose the Best Video Games Like Genshin Impact?

Before we get to the list, let’s talk about how we chose these titles. When choosing these Genshin Impact-like titles, we prioritized games that look, feel, and play as similarly as feasible. This suggests that the vast majority of these games are third-person, open-world, exploration, action-adventure, MMORPG, JRPG, and RTS titles. Because it is plainly impossible to make a game that is identical to Genshin Impact, we have highlighted the characteristics and gameplay areas that each game shines at and where they differ. We’ve also included important information about each game, such as the publisher, the platforms it’s available on, and whether or not it’s free, to help you make the best game possible.

Get Honkai Impact 3rd on the Apple App Store

Get Honkai Impact 3rd on the Google Play Store

Those interested in Genshin Impact alternatives might consider Monster Hunter Stories. This game was first released for the 3DS by Capcom and Marvelous as a spin-off of the world-renowned Monster Hunter series. The game was then transferred to Android and iOS devices before being launched in English in September 2018. While not as visually stunning as Genshin Impact, Stories is still a complete Monster Hunter game. This means you can fight and breed monsters, explore and broaden your impact on the universe, and do so without making any in-app purchases!

Get Monster Hunter Stories on the Apple App Store

Get Monster Hunter Stories on the Google Play Store

Sword Art Online, one of the anime industry’s behemoths, already has multiple mobile video games accessible. Integral Factor stands out among these games because of its amazing MMORPG features. With a scenario based on the first series of the anime, you play as one of 10,000 players trapped within the first “full-dive” VRMMO, Sword Art Online. Can you survive and return to the real world while attempting to clear all 100 floors of Aincrad with Kirito and Asuna?

Dragon Raja, like Genshin Impact, was produced using the Unreal Engine 4, so it’s hardly surprising that it’s a graphically stunning game. Taking advantage of this visual quality, the game provides players with a high level of personalization and freedom while building and altering their characters. From 19 different eye types to the number of visually diverse items you may earn in-game, Dragon Raja is a delight for the eyes.  Aside from the aesthetics, the game has a lot to offer.

Get Dragon Raja on the Apple App Store

Get Dragon Raja on the Google Play Store

5. Oceanhorn 2: Knights of the Lost Realm

Oceanhorn 2 is the only iOS-only game on this list, and it is available as part of the Apple Arcade membership. Oceanhorn 2 continues the gameplay, mechanics, and storylines of the first Oceanhorn, which was also restricted to iOS devices. It shares The Legend of Zelda: Breath of the Wild’s “heart” life system, real-time combat, and ground-breaking action. It also offers an open world with a strong emphasis on exploration and dungeon crawling. Oceanhorn 2 is an excellent choice if you want a simpler game like Genshin Impact sans the gacha and MTX.

Get Oceanhorn 2: Knights of the Lost Realm on the Apple App Store

Anyone who has seen a Studio Ghibli film will want to explore its universe, and you can do so with Ni No Kuni! Crossworlds is the first game in Level-5’s long-running Ni No Kuni franchise to be released on mobile. While it was entirely produced by Netmarble and their team behind Lineage 2: Revolution, they stayed true to the series’ spirit. They accomplished this by retaining their Studio Ghibli-inspired and created art style, as well as its open-world exploration mechanics. Try Ni No Kuni if you want to explore a game world as detailed as Teyvat with compelling characters and stories.
Get Ni No Kuni: Crossworlds on the Apple App Store

Get Ni No Kuni: Crossworlds on the Google Play Store

Trials of Mana, a remake of the third “Mana” game for the Super Famicom, was released in 2020 for Windows, Nintendo Switch, and PlayStation 4. It’s one of the few games like Genshin Impact that doesn’t offer microtransactions, but the complete 6.7GB game costs $23.99 up front. Trials of Mana has a full-fledged 3D world, an overlapping and interwoven tale with six main characters, full voice acting in English and Japanese, and controls that have been updated to be tailored for smartphones. Trials of Mana is a classic JRPG redone using current standards.

Get Trials of Mana on the Apple App Store

Get Trials of Mana on the Google Play Store

8. My Hero Academia: The Strongest Hero

Among the characters in this My Hero Academia game are All Might, Deku, Dynamight, Uravity, and Shoto. Compared to other My Hero Academia games on mobile, The Strongest Hero is the greatest of them all with its open-world, JRPG, and RTS emphasis. You not only get the flexibility to explore the game’s rendition of Musutafu City, but you also get to experience some of the show’s major conflicts! In Story Mode, you can use Deku to recreate classic fights from the show’s first and second seasons, such as the one against Shiragaki. Those of you who enjoy MHA will want to own this game as it continues to receive updates as it catches up to the stories of the show and manga.
Get My Hero Academia: The Strongest Hero on the Apple App Store

Get My Hero Academia: The Strongest Hero on the Google Play Store

9. The Legend of Neverland

Get The Legend of Neverland on the Apple App Store

Get The Legend of Neverland on the Google Play Store

What do a blue slime, a demon lord, and a true dragon have in common?They all live in Tempest, a town in the Jura Great Forest that you can build and control!This is another anime-based game with the full English title of That Time I Got Reincarnated as a Slime: ISEKAI Memories. It, too, offers 3D visuals, a wide cast of characters, and a compelling storyline, similar to Genshin Impact. ISEKAI Memories is a novel written by Fuse-sensei that revolves around Shinsha, a girl who claims Rimuru as her father! As you play through moments from the show’s first season with full English voice-acted scenes, you can explore and control the town of Tempest while battling with your allies.
Get SLIME – ISEKAI Memories on the Apple App Store

Get SLIME – ISEKAI Memories on the Google Play Store

There’s no disputing that Genshin Impact is one of the hottest titles in mobile gaming right now, but it’s a big world out there, and you can find many other games that provide a similar, if not better, experience. Our favourite is Final Fantasy VII, a game from a series that introduced numerous concepts to RPGs. There are a few new titles that stand out, such as Ni No Kuni: Crossworlds and My Hero Academia: The Strongest Hero. As if that weren’t enough, there are also upcoming games to look forward to, such as Genshin Impact. Hopefully, you’ll be able to find your cup of tea on this list.