Can Simulation Games Improve Your Performance in Real Life? 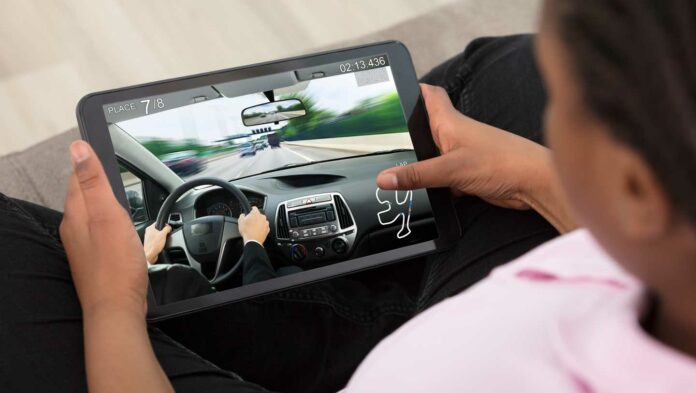 If you’d tried to train pilots using the first-ever Microsoft Flight Simulator in 1982, it would surely have resulted in carnage. However, in the 38 years since that seminal release, computer capabilities and graphics have come an incredibly long way. Nowadays, it doesn’t seem out of the question to suggest that video games can be used to train people to perform various jobs in the real world.

Indeed, simulations are already being used to teach people the basics of everything from flying to truck driving. There are also games that teach translatable skills that can enhance performance at work. It seems we’re reaching a stage of technological advancement where games will be used as the primary method to prepare people for jobs.

Games Can Perfectly Recreate the Environment of a Job

Microsoft Flight Simulator 2020 was met with widespread critical acclaim and praised for its incredibly realistic rendering of the planet. Not only that but the controls and mechanisms within the aircraft stayed true to how they would respond in the real world. This advancement is thanks to the use of Microsoft Azure, which is a physics engine developed by the software giant. The popular game series isn’t directly used in flight training programmes. However, it can spark an interest in flying and inspire people to pursue aviation careers. Some pilots have also confessed to using it at home to polish their skills.

Budding pilots use more advanced flight simulators than the ones available to gamers at home. Because piloting a plane is such a potentially dangerous task if done incorrectly, learners need to grasp the basics of safety whilst on land. These crucial skills include the likes of Cockpit Procedures Training and full-motion simulators. The best flight simulators in the world are enormous pieces of kit that resemble the inside of a cockpit. They’re so realistic now that it’s hard for first-time pilots to tell the difference between the simulation and the real thing.

Simulators are also being used in other fields where the real thing could be considered dangerous for an amateur. The high-octane nature of motorsports means that every drive could prove to be potentially fatal to untrained drivers, which is why it’s imperative that aspiring racers learn using simulators in a safe environment first.

McLaren driver Lando Norris says that simulators are so realistic now that you get the same thrills as when doing the real thing. The F1 athlete has a specialist training rig set up in his home, allowing him to practice complex tracks before hitting them at breakneck speeds.

Some Offerings Can Indirectly Enhance Performance

Drivers and pilots don’t just stick to using specially designed simulators to prepare for their work, though. There are a variety of other games out there that can benefit these professionals indirectly. This can come in the form of staying alert, keeping the brain active and healthy, remaining calm, and improving physical dexterity.

Calmness is a hugely important trait for drivers, as studies have shown that various jobs on four wheels can be stressful, in that they demand constant awareness and vigilance. There’s a 90 per cent turnover rate in the truck driving industry, with many drivers said to be dealing with psychological stress. Using games and apps that teach them how to harness the power of meditation could be beneficial to improving their overall wellbeing.

Drivers and pilots also need to be able to make quick decisions on the job, so it’s crucial to maintain lightning-fast reaction speeds. This can be done through a variety of games, with blitz chess being a fantastic option.

Casino games can also have the same effect, as players need to have a steady hand when clicking and also require the dexterity and problem-solving skills to decide what to do in a short space of time. There are plenty of US casinos to choose from, easily accessible online from a desktop or mobile medium, and each one has a lucrative and competitive welcome bonus to attract players. This could certainly appeal to a large number of truck drivers in the country on account of the fact that the training is disguised within an entertainment form and can be done in an almost recreational capacity.

In addition, on mobile platforms, there are quite a few brain training apps for smartphone users to choose from that can be used to keep the mind sharp. One of the best on the market now is Elevate, which offers tailored workouts daily.

Companies that employ people to work in potentially dangerous situations may soon opt for a hybrid training approach that uses simulators and related games to encourage safe practice. Pilots and drivers could get practical experience on the ground, and at the same time play games that stimulate the right parts of the brain for extra marginal gains.