Disney Dreamlight Valley: How to Find The Sprout Boot 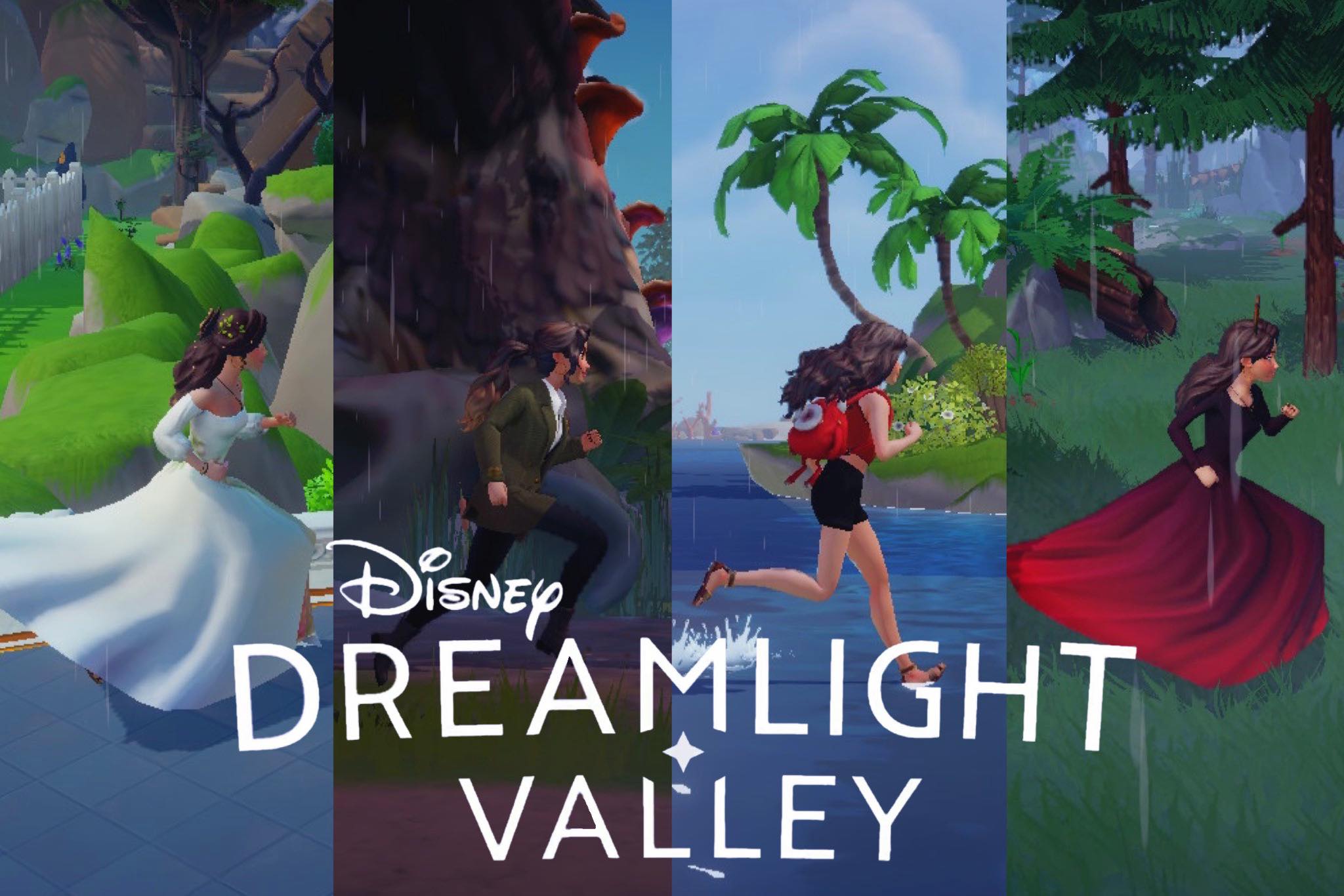 How to find the Sprout Boot in Disney Dreamlight Valley version of Gameloft’s game. The Disney Dreamlight Valley video game has a huge cast of well-known Disney and Pixar characters that the player may unlock as they go through the game. Some of them may be found in and around the valley, while others are located in their own domains within the castle. If any of the latter is the case, it will be necessary to retrieve them and persuade them to come back.

You will meet a growing cast of characters in Disney Dreamlight Valley, all of whom are available for conversation and friendship. After completing a few tasks, you will be able to access further worlds that are home to even more prospective villagers who will be more than eager to accompany you on your journeys once you have completed the first set of quests that come with the game.

One such character is WALL-E, the endearing robot from the movie that lives on a desolate and filthy planet. Continue reading for a detailed walkthrough on how to finish the Shy Little Robot quest in Disney Dreamlight Valley if you’re interested in finding out more information on how to do so.

One of these characters, Wall-E, can return to Disney Dreamlight Valley from one of the magical realms if a gamer chooses to bring them back. But in order to do this, Wall-E needs a special thing called the “infamous Sprout Boot,” which he values very much.This article will show you how to get the Sprout Boot, which you need to bring Wall-E back to life.

Contents hide
1 Disney Dreamlight Valley: How to Find The Sprout Boot
2 The Search for the Sprout Boot
3 An Overview of Disney’s Dreamlight Valley and The Shy Little Robot Quest
4 Instructions on how to complete and unlock Wall-E
4.1 Wall-E requires that you gather and create garbage cubes.
4.2 Wall-E should get some plants to grow.
4.3 Please bring Wall-E some presents
4.4 Putting up a house for Wall-E

Disney Dreamlight Valley: How to Find The Sprout Boot

In the game, different people might offer you different missions, and some of those quests could be pretty peculiar. Wall-E is the one who will provide you with the mission known as The Shy Little Robot, in which you are tasked with locating a few peculiar artefacts. One of them is shaped like a ball, while the other one is called a sprout boot, whatever that may be. This tutorial was written with that purpose in mind. 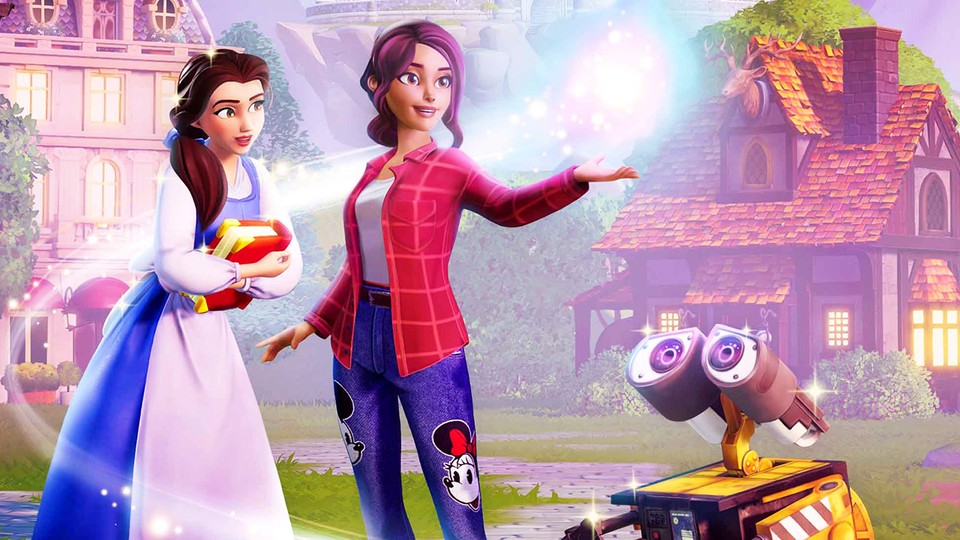 In The Shy Little Robot, you will be tasked with assisting Wall-E in his search for the Sprout Boot, in addition to performing several other tasks, such as fixing items located all throughout the globe. It’s not hard to find the ball. The problem is in the Sprout Boot, which is where the vast majority of players get stuck.

Now, all you have to do is locate a lake and prepare your fishing pole before you can start casting your line. One of the items that you have obtained as a part of the Royal Tools set is this particular item. In order to get the Sprout Boot, you must first locate the red circle and then direct your aim at it. It’s possible that you won’t understand it the first time around, but if you keep trying, you will.

The Search for the Sprout Boot

In order to complete the Shy Little Robot quest, players will need to pay a visit to Wall-E and offer their assistance to him while also attempting to persuade him to travel to the Disney Dreamlight Valley once more. Despite this, he will continue to be wary, and there is nothing that can be done there that will ever be as alluring to the garbage-collecting robot as his boot with the plant still inside of it.

For the benefit of those who aren’t familiar with the movie Wall-E, the main character, Wall-E, discovers a plant in a refrigerator and decides to take it home with him by placing it in a shoe, since he considers it to be very interesting. This is precisely why it is of the utmost significance to obtain it for him. This is only one of the realms that players have access to in the game; they may explore other realms and make friends with a greater variety of characters.

Goofy is the only playable character in the game who has a chance of assisting in the search for this cherished artefact, and he is the one who will do it. If the player wants to learn where to search for the Sprout Boot, they will have to make their way to Goofy and speak with him. The player will be informed by Goofy that they have retrieved a boot from a pond in Peaceful Meadow that had a sapling inside of it. Goofy will then explain that boots always come in pairs, so there must be another boot in the pond.

The next thing you need to do is get a fishing rod and head over to one of the ponds in Peaceful Meadow. After that, it’s only a matter of fishing until the Sprout Boot shows up on the other end of the line. If you give it to Wall-E again, he will be so happy that he will take the player with him when he goes back to the Disney Dreamlight Valley.

You may play Disney Dreamlight Valley on your personal computer (PC), PlayStation 4, PlayStation 5, Switch, Xbox One, or Xbox Series X/S. 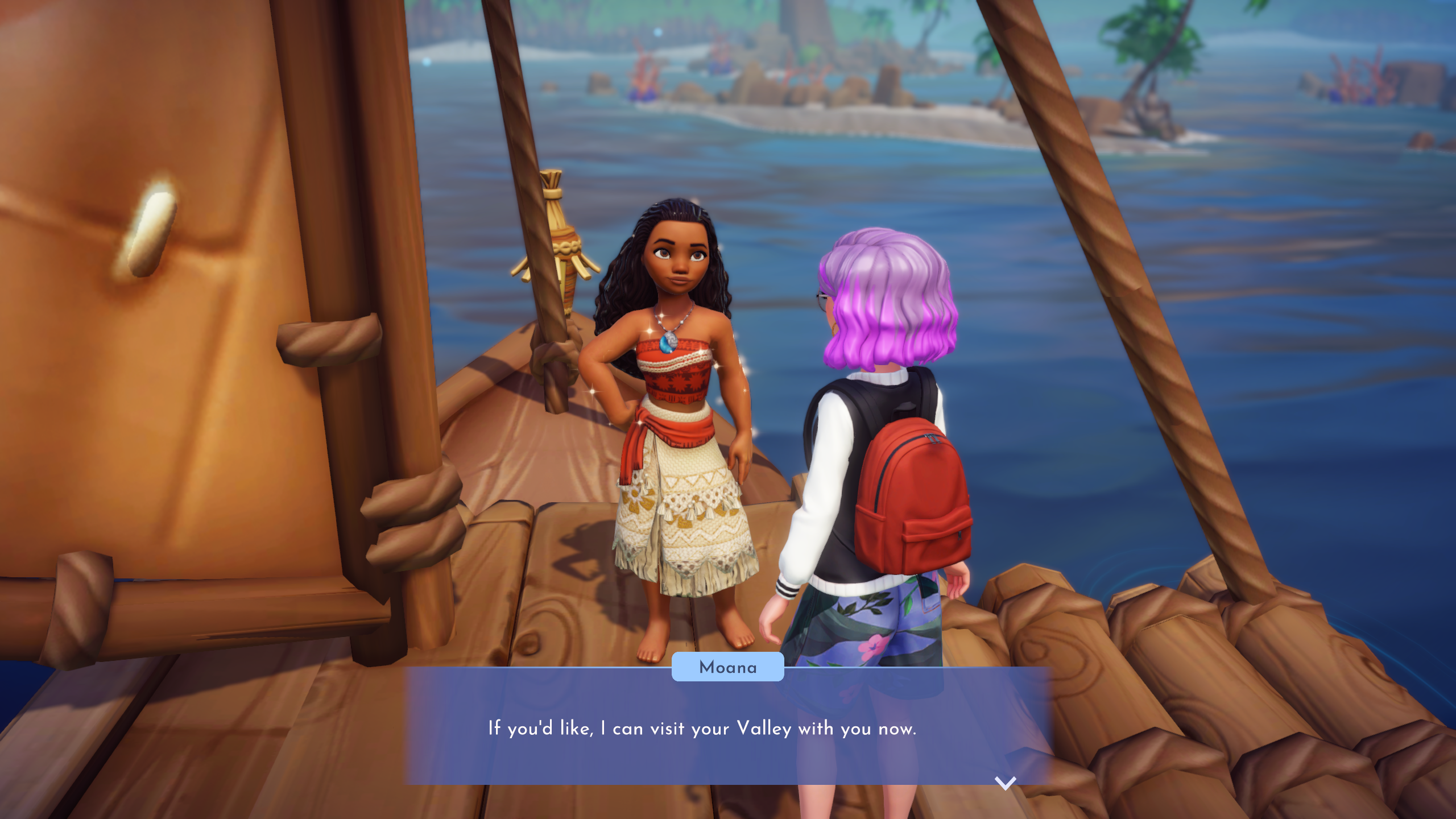 We’ve now reached the point where we have enough Dreamlight points to go inside the Realms and check them out for ourselves. There are a lot of mysteries to be solved in Disney’s Dreamlight Valley, and we’re getting closer and closer to solving them all. This tutorial will centre on the Wall-Realm E’s as its primary topic of discussion.

The cute robot has a mission to clean up the environment, but it is missing a component called Track. After repairing him and recovering seeds and track from the storage, you put Wall-unique E’s seeds into the realm to complete the task. After that, you will have talks with other non-playable characters (NPCs), and then you will go mineral ore mining for garnets in the area around the village.

Instructions on how to complete and unlock Wall-E

Find a new song to replace the one in Wall-E. Interacting with Wall-E in order to obtain your initial set of instructions is the first order of business. He will explain to you that he is unable to move because he has a damaged track and that you will need to get a replacement for the track in order for him to proceed. 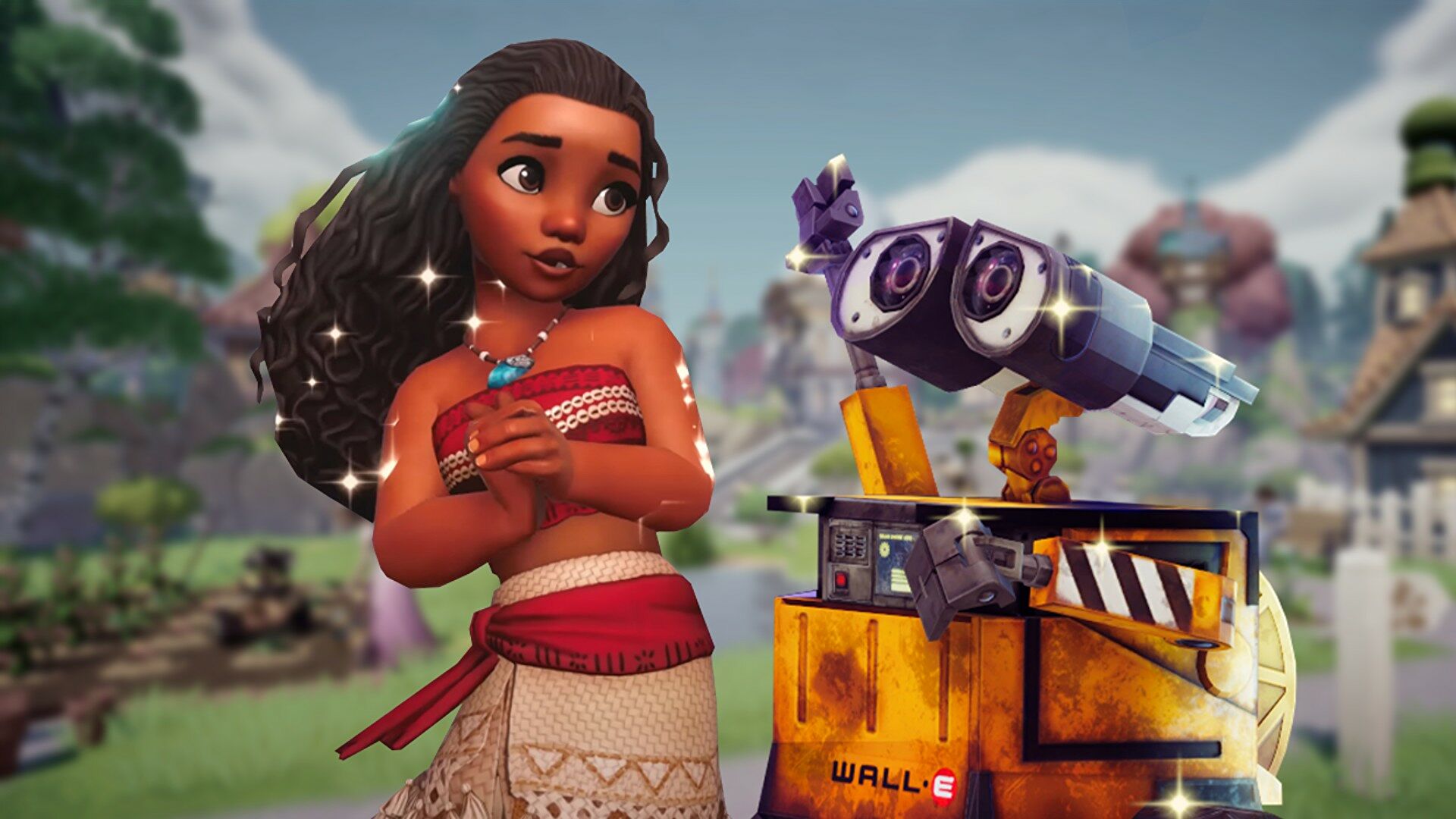 To accomplish this task, you will need to don your shovel and use it to excavate any broken holes in the ground that you locate while traversing the realm. Your goal is to find a shining door handle for a refrigerator. After that, you may attach this handle to the rusty refrigerator that is positioned close to the crafting table. After that, you’ll be able to open the refrigerator, and once inside, you’ll discover a replacement track for Wall-E. After you have given him the item, Wall-E will regain the ability to move.

Wall-E requires that you gather and create garbage cubes.

Fans of the movie Wall-E are aware that this little robot enjoys gathering rubbish and packing it into smaller and smaller spaces. Then, in order to gain Wall-confidence E’s even more, he will give you the mission of scavenging sixty different bits of garbage from throughout the realm and transforming them into cubes. To do this, you need to go around the realm collecting rubbish from the several large piles of trash that are scattered over the location. They are not hidden, so you will easily get all sixty pieces, which you may then put to use at the crafting table to construct the cubes necessary to travel back to Wall-E.

Wall-E should get some plants to grow.

The book Wall-E, which is based on the film of the same name, is committed to revitalising the environment. In his domain, he asks you to take care of eight special seeds by planting and watering them. Use your shovel to dig around the area, searching in the refrigerators, and moving quickly to find the ready-to-plant seeds.After you have planted your seeds and dug out some dirt areas, give them a drink from your watering can. They won’t require a lot of time to mature, and Wall-E will be grateful to you for it.

It’s going to take a lot of persuading before he agrees to visit your village, but if you bring him presents from the other villagers, you will eventually win him over. Your first order of business after entering the Wall-E world is to make your way back to the Disney Dreamlight Valley and consult with Merlin about potential strategies. He will advise you to speak to Mickey Mouse, who will inform you that at his house he has a bouncy ball that you are free to take with you. Find your way to Mickey’s residence and get it from there.

And last but not least, you will need to have a conversation with Scrooge McDuck, who, in exchange for two garnets, will be willing to sell you a fire extinguisher. Garnets are obtainable by mining rocks in the Peaceful Meadow and the Plaza. After you have discovered them, give them to Scrooge McDuck so that he will give you his fire extinguisher in return. When you provide Wall-realm E’s with each of the three presents, he will at last feel content enough to come and live with you in your village. But there’s one more thing: in order to provide him with a place to dwell, you’ll need to construct his home.

Putting up a house for Wall-E

When Wall-E has finished opening his presents, he will hand his house over to you so that you may incorporate it into your community. You should turn around and look for a great site for his new house. You may position it by going to your furniture inventory and setting it down in an area that is large enough to accommodate it. When all of the boxes are green rather than red, you will know that things are going to be okay.

As soon as it is put in place, it will transform into a building site, complete with a sign for Scrooge McDuck. Interact with the sign and spend a total of 2,000 Star Coins to finally be able to give Wall-E a warm welcome to the village when the work has been finished. Now that Wall-E is a part of your universe, he will bring his own friendship quests for you to do. You will also be able to increase the degree of your relationship with him, hang out with him, and deliver him daily gifts chosen from his wishlist.