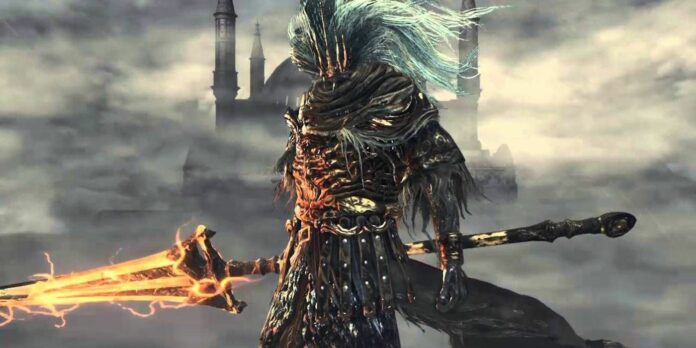 There are many best action and combat games available on the internet for action games like dark souls for gamers. In comparison, one of the most famous action video game series is Dark Souls. The Dark Souls series is full of thrillers and having fantasy characters with extraordinary powers and features.

Although if you’re looking for Games Like Dark Souls, so you are at the right place! However, Dark Souls will go on becoming one of the most popular games of the last decade, if not the most, and spawned not only incredible sequels but a whole genre of its own called ‘soulslike.’

So, here’s a few action RPGs that are games like dark souls to this revolutionary game for people who want to experience the same emotions they received while playing Dark Souls for maybe the first time.

What Is Dark Souls?

The games developed by FromSoftware and directed by Hidetaka Miyazaki are the Dark Souls series. Much to the dismay of some of its player base, the game series is both beloved and infamous for its punishing combat and challenging bosses. However, for those who are both persistent and professional enough to deal with their obstacles, this type of game adds some tasty incentives. Thus, the games like dark souls have built a fan-base of gamers who love the difficulty of the games and succeed.

Dark Souls is one of the best games to be published, and the video game industry has shifted. Here are few action games like dark souls RPGs. 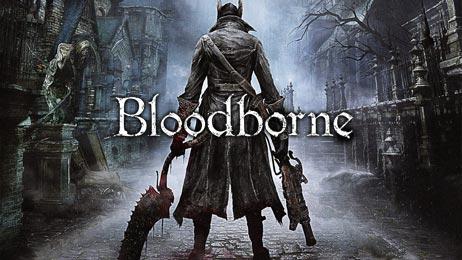 The two games that FromSoftware made will, of course, be towards the top of the list.
Bloodborne is a change from the high fantasy vibes in favor of a Victorian atmosphere in the Dark Souls series, as well as a few other items that we’ll talk more about in this entry.
Story-wise, because of an incurable illness, you went to the town of Yharnam.

You went there in search of a blood healer. Unfortunately, at the time, the entire place is on the Night of the Hunt, and you were drafted in search of Paleblood. Thus, the game starts with the abstract concepts and narration of the usual Souls recipe, which is fantastic for lore hunters.

The game goes pretty easily from Bram Stoker to Lovecraft, however, because if your Insight is high enough, you’ll go from battling werewolves to seeing multi-armed monstrosities hanging in the gothic skyscrapers. Such enemies, in terms of their attacks as well as what they look like, are entirely different. You’ll hear off-key singing, too, and wherever you go, a screaming baby will haunt you. 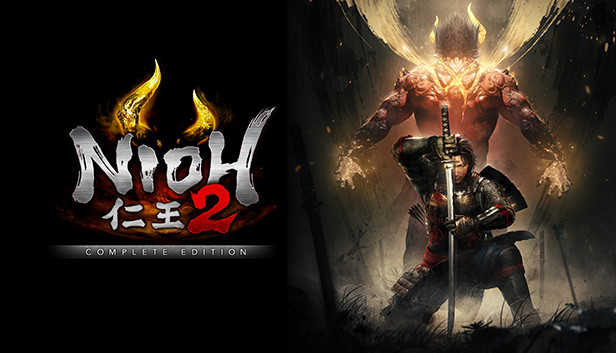 Before Sekiro came out, Nioh was basically the OG Samurai Hearts. A few extra turns here and there to make it more fun and playable are what makes it special. You play a preset character much like Sekiro. This time by the name of William, who had gone to the land of the rising sun to seek Edward Kelly, who had stolen Saoirse, his Guardian Spirit.

Via the use of their Stance Mechanic, Nioh sets itself apart from your usual Souls-likes.
There are four stances for each arm you can get that you can alter on the fly. Then each of these stances has many accompanying animations of attack that you can use. It may sound a little confusing, but think of it as the Devil May Cry styles, and you’re going to get the hang of it soon. The game is devilishly complicated other than that, so plan to die sometimes.

Games like dark souls formula signature that a LOT of people are used to now. In battle, you can also use Guardian Spirits as well as give you passive effects. Also, managers are very demanding, while some appear to be a little boring. 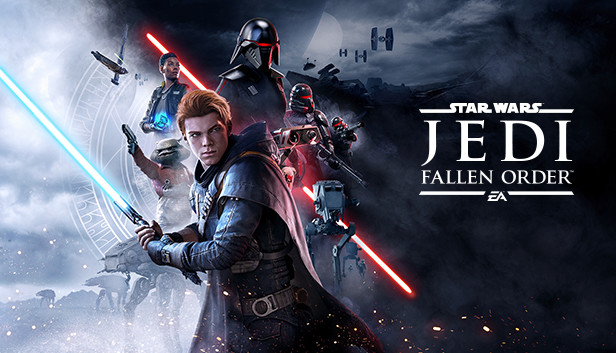 Now, this is a surprise title that has been universally acclaimed. Star Wars is a beloved series, and when they launched the Jedi Fallen Order, Respawn knocked it out of the park.
This is a brilliant title with a clear focus on blocking, deflecting, energy powers, battle lightsaber, and segments of platforming. Some elements, such as the respawning monsters, gameplay, and progression, among others, are taken from the Souls recipe.

You play as Cal Kestis, a Jedi Padawan who before Order 66 had not finished his preparation. As a scrapper, Cal was forced to masquerade to conceal his Powers of Force.
For a few years, he tried to do this before being discovered after helping a mate.
He had to make a swift exit, joining the Mantis crew in the process. In order to keep it out of the hands of the Government, it is then up to them to discover a Holocron holding all the Force-sensitive children in the known Galaxy, all while being harassed by the Inquisitors of the Empire. 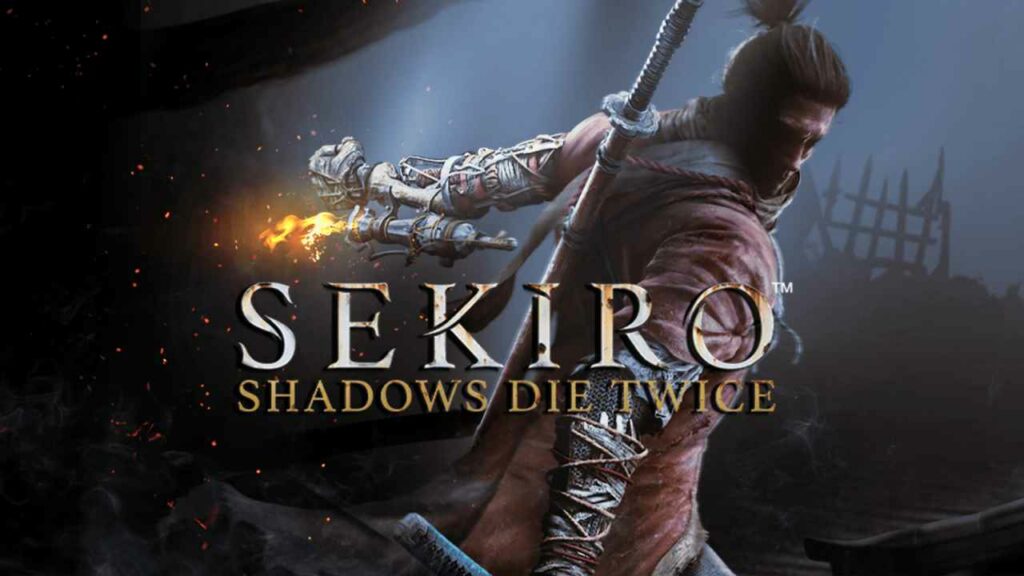 Sekiro, another FromSoftware title, is basically a through and through Souls Game. From the completely impossible battles where even a common opponent will destroy you, the unforgiving gameplay with satisfying advantages, the essence is wonderfully caught, all the way to the lore hidden in items. Most of these departures being the fact that you are playing as a preset character. There are only a few departures from the Souls-Like standard.

You play as the Fox, a faithful shinobi to your leader, Lord Kuro, who, because of his Sacred Bloodline, is abducted by the Ashina Clan. By coming back to life over and over, he will effectively give people immortality. Like his shinobi, the job is to save him and do his bidding.

Not even halfway through the game, you rescue him and you can finish a playthrough without even going through a lot of boss fights as a result. Even, the story of Sekiro is one that you have to play through to appreciate several times. Since the combat is rewarding and the bosses are fun to fight against, this feature is great. 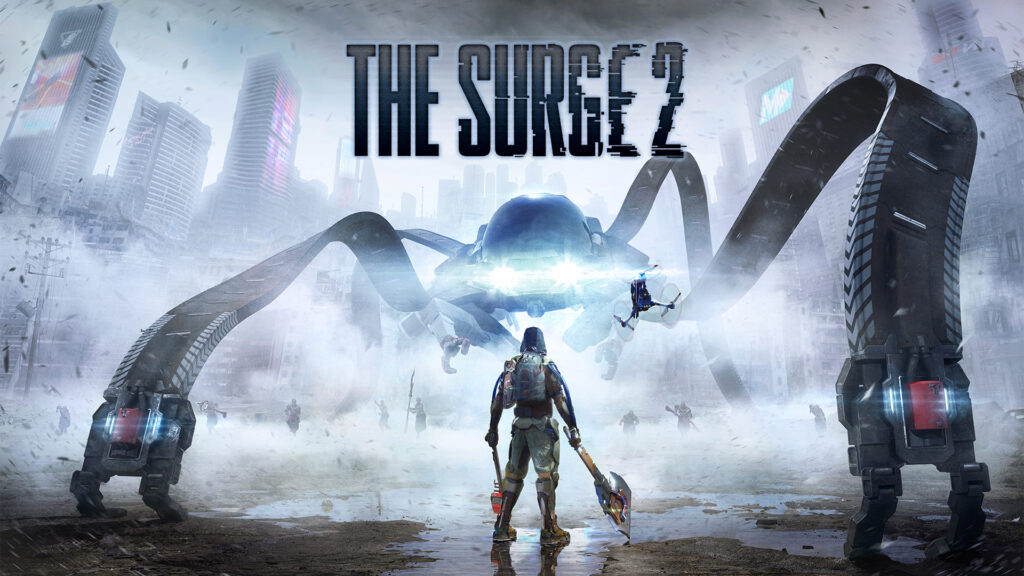 If it was set in the future, Surge and the sequel Surge 2 will be included in games like dark souls. The Surge series is a fun romp to be had, drawing cues from the fighting and gameplay while throwing in several surprises of their own. The use of their Scrapping Mechanic is one of the aspects that set Surge 2 from other Souls-likes. This is when you, the character, are attacking pieces of your enemies intentionally to kill them. Then you can equip these things for your use, improve your stats and give you some additional skills in the process.

Graphics-wise, the game has some cool-looking bosses and fairly decent setpieces. However, if you see more of them, they seem to get pretty boring and bland. And ultimately, even though you can get a lot of fun things and build weapons, the game’s replayability suffers from boring battles as well as poor boss fights. Nevertheless, The Surge 2 is a game you can add to your wish list. 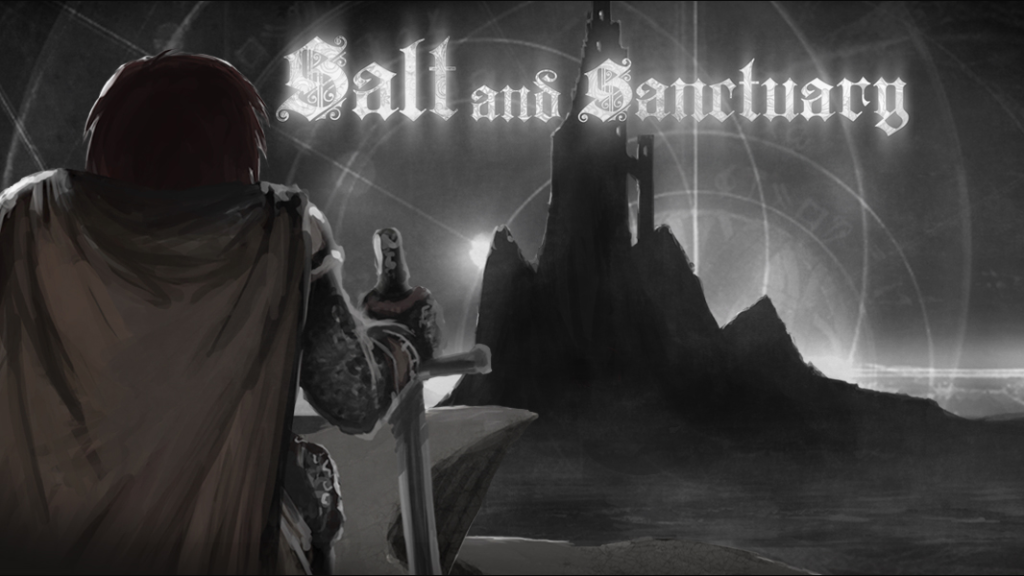 Salt and Sanctuary, perhaps one of the most loyal indie games like dark souls formula, takes place on an island. Before that, however, the character was moving a princess across sea routes to marry for an alliance to a neighboring kingdom. Unfortunately, you were assaulted by pirates and a giant sea creature, stranding you on a nearby island with its share of mystery.

Gameplay-wise, it’s only equivalent to Dark Souls because it comes in a Metroidvania side-scrolling mode. It is also the most obedient relative to the other games of its sort to the formula as well. You do have the option of changing your playing style halfway through the game, with each of your characters having the ability to multiclass and equip various styles of weapons if their stats are good enough. 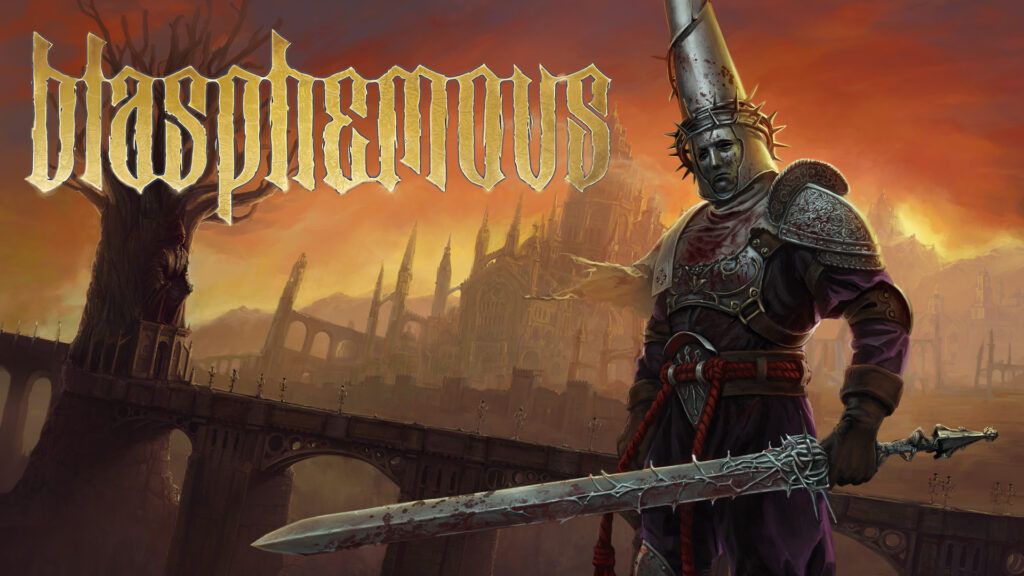 On this list, we’ve got another Metroidvania/Souls-Like mix. If it had some more biblical references as well as some fairly challenging platforming applied to it, Blasphemous is essentially Black Souls. Through using graphics, the game amps up the eerie vibe. You’ll never want to let your guard down or else you’re going to die, from bleak deserts to unnerving cathedrals. There’s also the level design in addition to the graphics: these can go from amazing to mind-bogglingly challenging due to segments of platforming.

If you trip during a vital leap or skip an essential roll, the game punishes you for fucking up and killing yourself. All and all, the game is rough and unforgiving, like a good game of Souls. And even though your character doesn’t have a lot of customization to do, it’s always enough to make it on this chart. 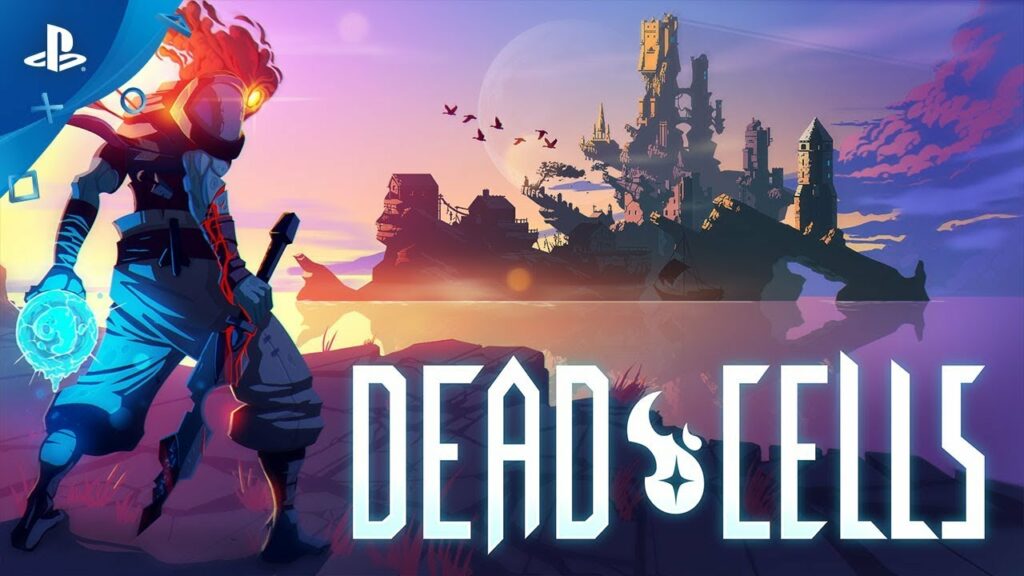 Dead Cells were more rogue-like than Hearts, although it is nevertheless characterized by a few similarities. This is primarily about the punishing gameplay that improves with the advancement of the player. The game-play of side-scrolling reminds more of the games of Metroidvania. You have to play Dead Cells like an amorphous slime that takes control of a dead body. To kill the Tyrant of the Realm you’re in, you have to battle your way through multiple foes.

Where the excitement starts is the gaming. You will have a Lot of flexibility in how you want to fight your enemies because of the different weapons, skills, and utility things that you’ll get along the way. You would not run out of stuff to kill your enemies with, from swift knives to bludgeoning hammers, fast-firing bows, rockets, and more. 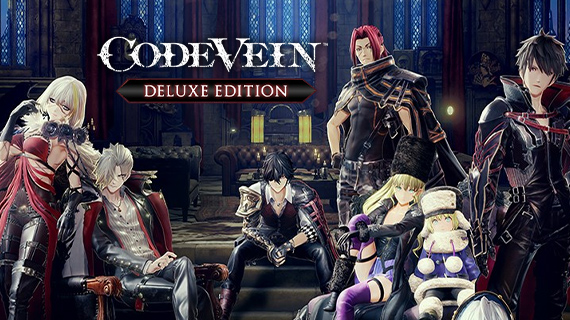 In Code Veinm, Bandai takes a shot at the Souls-like gaming theme, and boy did they go deep for it. Set in a post-apocalyptic, disaster-decimated dark world, you play as one of the many people converted into a Revenant (basically a vampire that feeds on blood or blood beads).

As a member of Vein, a group of Revenants committed to saving whatever remains of civilization from the Lost, you go through the game as a member of Vein, Revenants who give into their bloodlust or did not drink any blood beads or blood and became unthinking, bloodthirsty maniacs. When finding out the memories you’ve missed, you will still have to
watch out against those Revenants that are not as well-meaning as your party. 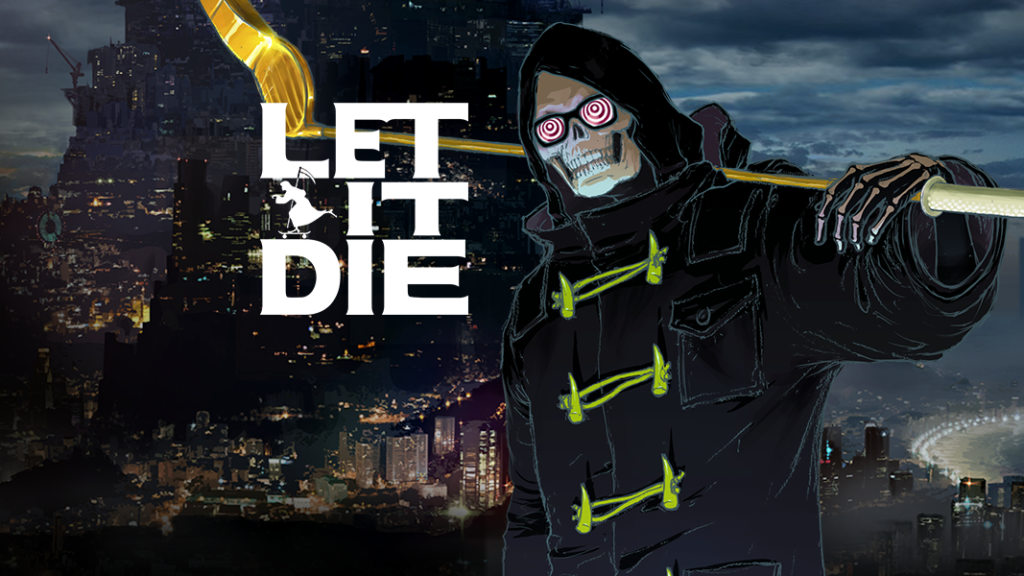 The intriguing title is LET IT DIE. That’s essentially what happens if you take No More Heroes’ graphics and satire and turn it into games like dark souls. LET IT DIE, made by Suda51, takes you to the Tower of Barbs, where you have to ascend it to figure out what is at the top. Mr. Death is going to be your guide along the way and give you some fun tidbits along the way. You will also come across other people who are on the same path as yourself.

The game is Free to Play and is pretty convincing, above all else. Since there are some microtransactions in the game due to its F2P nature, that could put off some fans. However, unless you’re planning on driving through the game, there’s no particular excuse to do so. All in all, without even having to go and buy anything to improve yourself, you will finish the game in 90 to 100 hours. If you want to, it is up to you, though.