What You Should Prefer While Buying a New mobile: RAM or a Processor? 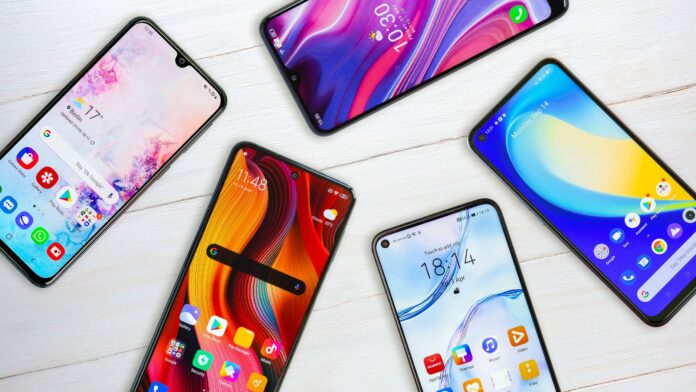 Buying a new phone is a humongous decision especially in today’s world where we turn to our phones for everything. With the increased dependence, the phone has evolved and there are many critical parameters which go into making a high-performing phone such as the display, RAM, processor, battery life, build quality, cameras, OS, internal storage, security features and others.

If smartphone performance is non-negotiable to you, the key aspects you need to pay attention to when picking a smartphone are processor speed and RAM size. Together, they decide the performance of your phone. But they do so in different ways. However, does one of them outweigh the other during a purchase? Let’s find out more.

Contents hide
1 Why does RAM size matter?
1.1 How does a fast processor boost performance?
2 So which should you prioritize while buying a new mobile- RAM or processor speed?
3 Can RAM and processor be upgraded at a later stage?
4 Conclusion

Why does RAM size matter?

RAM stands for random access memory. It’s a type of memory that is used to keep data (such as apps) within easy reach so if you use these apps frequently, you can easily retrieve this from the RAM. Since RAM constitutes temporary memory, it is much faster than standard internal memory which stores your music, files, photos.

How does a fast processor boost performance?

While picking a smartphone, look for a processor with a minimum clock speed of 1.8GHz which is available in most budget Redmi mobiles under 10000 too. The Redmi 9A priced at Rs 7999 comes with an octa-core Helio G95 processor which clocks 2 GHz clock speed giving you reasonably good performance. If you are looking for a more advanced processor, then the Snapdragon 800 series available in Redmi phones like the Redmi K20 pro will give you superior performance because of more cores and clock speed.

So which should you prioritize while buying a new mobile- RAM or processor speed?

Neither RAM nor processor can function optimally without the other. You can have the best-in-class processor, but without sufficient RAM, it won’t perform up to its potential. The same holds good about a phone with higher RAM size and a low-end processor.

To illustrate the importance of RAM and processor, let us compare two Redmi phones with different processor clock speeds and amounts of RAM

Which phone do you think will perform better? Most certainly the Mi 10i since its processor is more recent and clocks 2.2 GHz clock speed when compared to the Redmi 9’s 2 GHz processor. Also the 6GB RAM in the Mi 10i handles switching between apps in a more fluid manner. If we add the Redmi K20 Pro to this, it will outperform both the above smartphones by a mile since the Snapdragon 855 processor clocks 2.84 GHz primary clock speed and the massive 8GB RAM will ensure easy multitasking.

Can RAM and processor be upgraded at a later stage?

Processor is something that is very complicated to upgrade in a phone as it is embedded into the motherboard. It would always be advisable to upgrade your handset rather than consider replacing the processor. RAM can be extended in certain cases. Xiaomi recently announced a software upgrade with RAM expansion feature to Redmi mobiles such as Redmi Note 8, Redmi 9T, Redmi Note 9 5G, Redmi Note 9T, Redmi Note 10 Pro as well as Mi 10 series. As the name suggests, it will allow you to increase RAM by utilizing the existing internal storage to further enhance the device’s multitasking capabilities and gaming.

While the RAM ensures that you can effortlessly switch between different apps and facilitates easy multitasking, the smartphone’s performance depends on its processor. When both work in harmony, they elevate the performance of the phone. However, if you have to pick between the two, then always buy the fastest and latest processor. Since this will allow you to future-proof your phone in the long run!