Why Should All Businesses Adopt Sustainability? 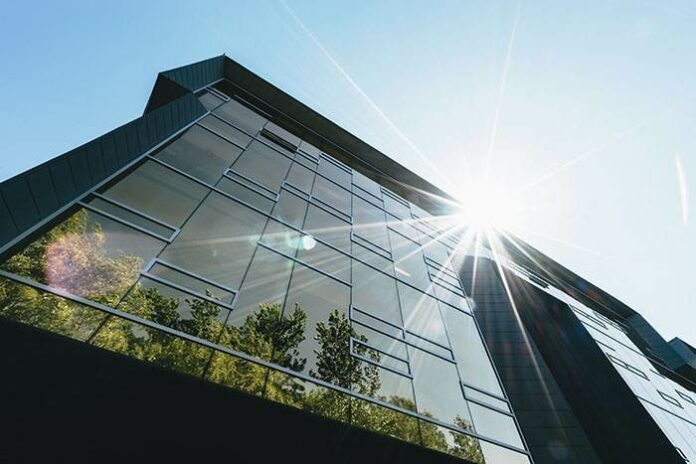 Sustainability is becoming increasingly crucial for all companies, regardless of industry. A sustainability strategy is considered vital by 62% of executives now, and another 22% believe it will be in the future.

Because climate change is receiving more attention, it’s easy to imagine that companies and individuals alike are taking the problem of sustainability seriously. However, many companies still lack the motivation to make big changes to their business strategy.

Simply expressed, sustainability is a business strategy for generating long-term value by considering how a company works in its environmental, social, and economic contexts. The concept behind sustainability is that establishing such measures promotes company lifespan.

Companies are realizing the need to act on sustainability as expectations for corporate responsibility rise and transparency becomes more widespread. Professionalism and good intentions are no longer sufficient.

These companies have all made significant contributions to sustainability, largely via increased openness and the resolution of tangible difficulties. They’re taking a more sustainable path, and over the next decade, other businesses should follow suit.

There are two gaps to be aware of.

Companies that excel in sustainability handle both of these issues. They’ve progressed from awareness to action, from compliance to competitive advantage. They’re also aware of the dangers of getting it wrong. For example, promising to provide but failing to do so, or addressing substantial concerns but failing to follow through on compliance.

Some suggestions for action

There are several instances to choose from. Take, for example, Unilever’s “Sustainable Living” initiative, which aims to decouple growth and production while also reducing the company’s environmental impact by concentrating on waste reduction, resource efficiency, sustain ability innovation, and ecological sourcing (like in organic palm oil).

Similarly, Toyota is well-known for hybrid engine innovation, but not so much for lowering its reliance on rare earth materials. These minerals were necessary for the development of hybrid and electric engines. However, by developing alternative motor technologies, Toyota lowered its reliance on imports and operational risk, as well as its financial concerns in the event of price hikes.

3. From reactive to proactive: Many of today’s prominent sustain ability companies, such as Nike, Coca-Cola, Telenor, IKEA, Siemens, and Nestlé, have taken action as a result of a crisis. Throughout the 1990s, Nike, for example, experienced boycotts and public outrage over its oppressive labor practices in areas like Indonesia but turned the tide.

It was a pioneer in promoting openness in 2005 when it published a comprehensive list of the manufacturers with whom it has contracts, as well as a full 108-page report on working conditions and wages at its factories. It has admitted to significant problems, notably in its plants in South Asia. These companies have all established more proactive sustain ability plans as a result of realizing the effects of sustainability in a crisis.

4. Quantify, including the business case: Quantifying the return on sustain ability initiatives is a challenge for all companies. This is a straightforward problem in terms of compliance. Companies must, however, relate sustainability to a business rationale when it comes to areas of competitive advantage. However, those who do make up a small percentage of the population.

5. Transparency is necessary for evaluating and developing sustain ability practices. It’s as simple as that: you can’t judge without openness. Transparency is based on the premise that a more open atmosphere in the company and the community would lead to better results.

Companies can only achieve transparency by maintaining open lines of communication with all important stakeholders based on high levels of information disclosure, clarity, and accuracy – as well as a willingness to admit mistakes and improve processes.

6. Involve the Board: According to a recent MIT/BCG poll, 86 percent of respondents think that boards should play an active and significant role in sustain ability. However, just 42% of respondents say their boards are actively involved. In interactions with significant stakeholders such as NGOs, governments, and international organizations, boards are frequently crucial.

7. Involve your ecosystem: We believe that cooperation is essential for effective sustainability practices, particularly in the face of crises and the development of larger solutions. According to the MIT/BCG research, 67 percent of CEOs perceive sustain ability as a field where teamwork is required to flourish.

8. Finally, and most crucially, involve the whole organization: Salesforce.com, for example, gives to each employee’s capacity to interact with environmental groups and initiatives that assist local communities through their “1/1/1” philanthropy program.

To summarise, sustainability is a big concern that affects more than just individual companies. However, several significant companies are implementing forward-thinking practices, which is encouraging. It’s becoming evident that sustain ability is a megatrend that won’t go away anytime soon!