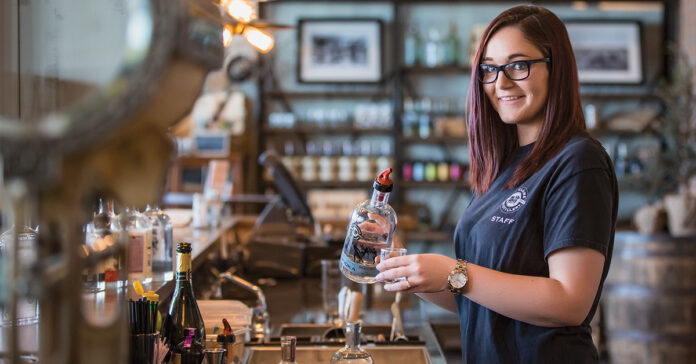 A bottle of Japanese whisky (spelled without the “e”) is extremely difficult to come by these days, and if you do, it’s ridiculously costly. Yamazaki 12 used to cost approximately $50, but today you should expect to pay at least three times that much at every liquor store that has it in stock.

So, why is Japanese whisky so expensive, and is it really worth it? The answer to the latter question is generally affirmative; it is frequently wonderful whisky that is distinct from single malt scotch, its closest spiritual kin. The first question, on the other hand, needs some explanation.

Japanese whisky soared in popularity outside of Japan a few years ago, catching producers off guard. Stocks of old whisky have depleted, forcing firms such as Suntory to make non-age-statement (NAS) mixes of younger liquor to meet demand.

Of course, there’s an opportunistic element here as well; bragging about how rare your whisky is maybe an uncomfortably effective marketing technique (see Pappy Van Winkle). Whatever the cause, the repercussions are genuine, and Japanese whisky is now officially scarce and costly.

However, you must use caution when purchasing. Some firms are bottling Japanese whisky that is distilled from rice rather than grain, which is a subject of dispute for some who feel this effectively turns it into aged shochu. Despite the critics, there are some excellent rice whiskies available; just don’t expect it to taste like a malt whisky.

Another issue is that laws regarding what may be classified as Japanese whisky are rather lax. A manufacturer can acquire whisky from other countries, mix and bottle it in Japan, and label it as Japanese whisky despite the fact that none of the liquor was produced there. This isn’t always a negative thing, but it’s always good to know what’s in the bottle.
Some companies are open about this practice, while others are not. 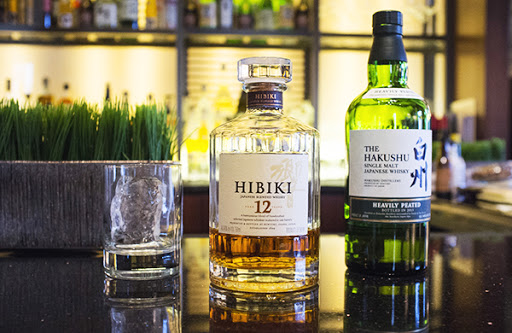 Don’t give up on the Japanese whisky quest; with enough money and perseverance, you may still locate age statement bottles, as well as lots of younger, more widely accessible mixes. Here are 14 bottles of Japanese whisky you should taste at least once, with an emphasis on releases you might be able to find. 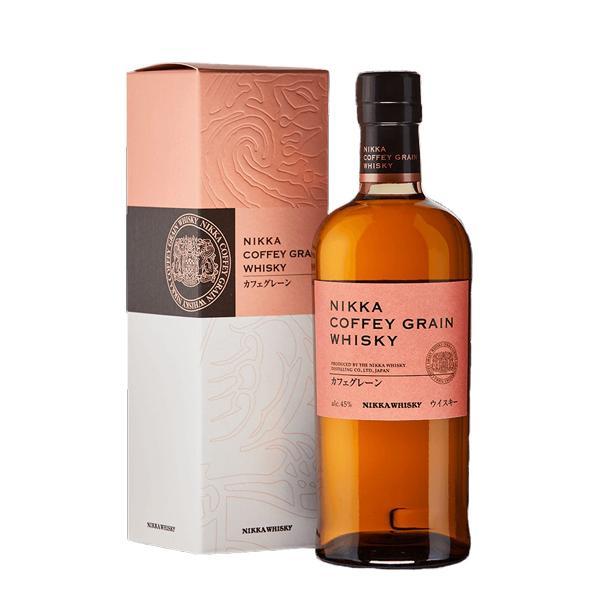 If you mention this bottle to a casual drinker, they might believe you’re talking about a coffee-flavored whisky for breakfast. So let us clear the air. Coffey Grain (made by Nikka, another major Japanese whisky maker) is named after Aeneas Coffey, an Irishman who developed a super-efficient column still in 1830. Coffey Grain is created using a main maize mash bill and distilled in a column still (rather than a pot still), giving it a bourbon-like flavor.

It is aged in ex-bourbon barrels and boasts caramel and vanilla aromas, as well as a wonderful, oily texture. This whisky is also available in a 100-percent malted barley form, which is worth evaluating side by side if you can find both. 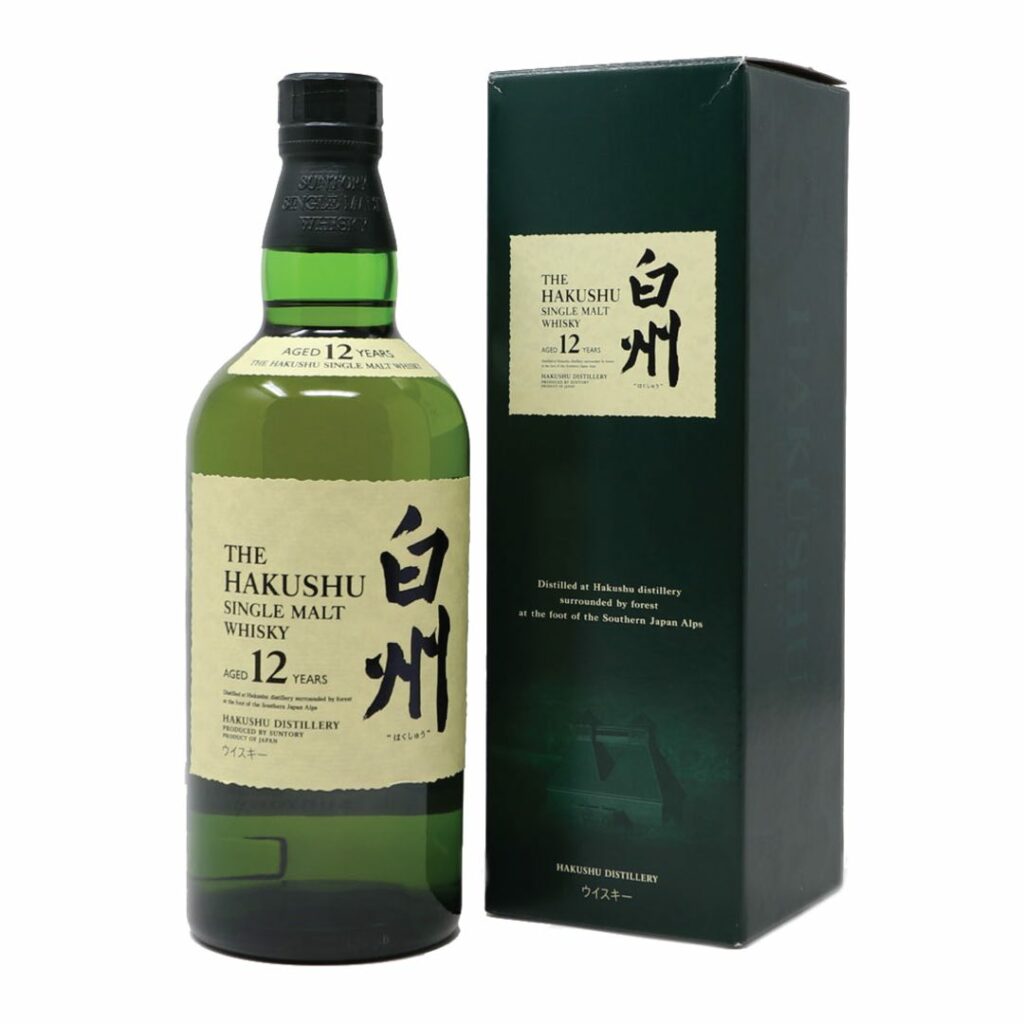 Suntory’s Hakushu distillery, nestled in the wooded highlands known as the Southern Japanese Alps a few hours south of Tokyo, is a lovely site to explore. The 18-Year-Old single malt is arguably the greatest whisky in the Hakushu lineup, with fresh flavors of fruit and malt with just a trace of smoke and dried cherry.

However, if you can get a bottle, you’ll have to pay approximately $500, so the 12 is a lot more affordable expression to try. The tastes are comparable to those of the 18, with mild pear, apple, and citrus notes highlighted by ribbons of faint smoke. 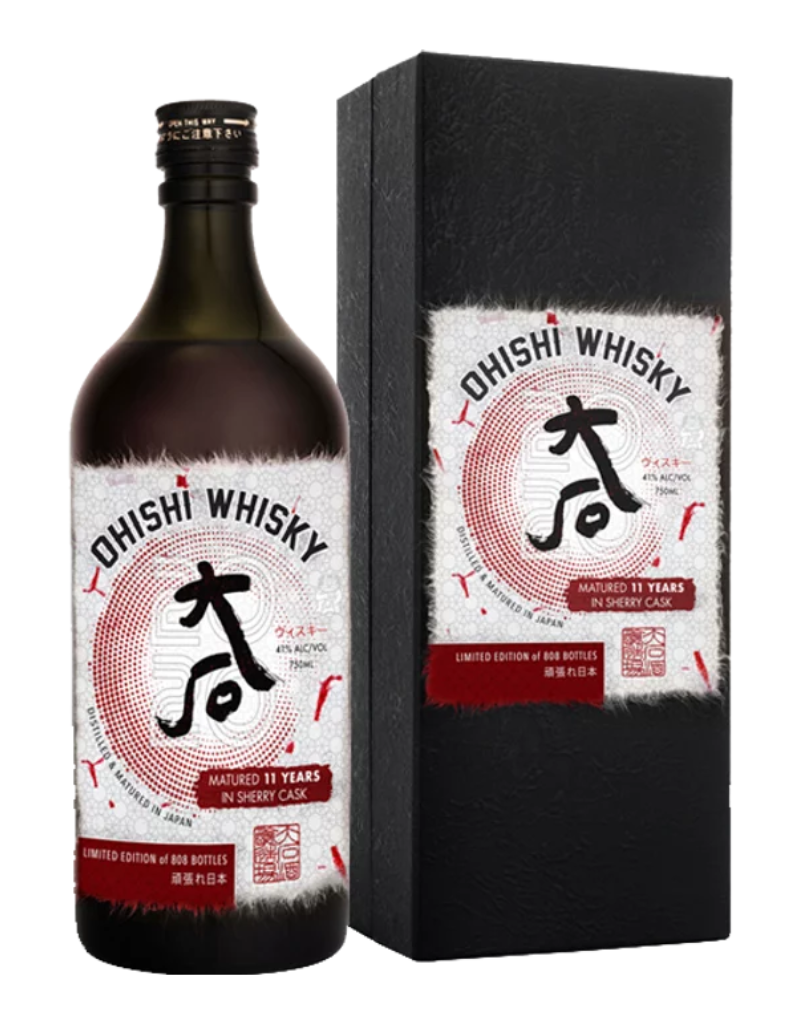 Some people are put off by the idea of whisky produced from rice, yet numerous Japanese distilleries are doing precisely that. Skeptics argue that this results in over-proof shochu that has spent some time in a barrel, although Japanese rice whisky may be a highly nuanced spirit, especially when the maturation process is well monitored.

The Ohishi distillery, located on the Kuma River, produces whisky from two varieties of rice (mocha). The spirit is then matured in sherry barrels for an unspecified period of time, resulting in a rich and fruity dram that can compete with the greatest Japanese whisky. A brandy barrel variant is available. 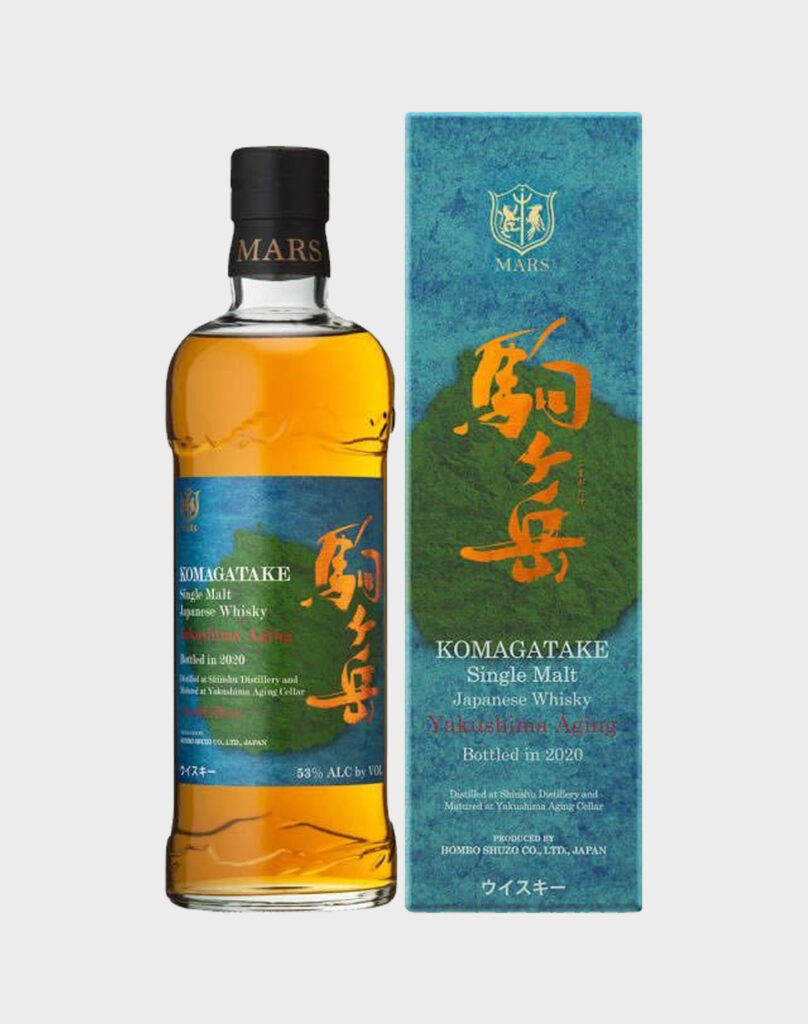 Mars Shinshu is famous for being Japan’s highest-altitude distillery, located at slightly over 2,600 feet. Although many Americans may not be familiar with the term, distilling whisky here goes back to the 1940s. Iwai Tradition is a reasonably priced blend that generally retails for approximately $60.

For something a little more special, try this new NAS single malt made from whisky matured for three to four years. It was produced in Shinshu and stored in bourbon barrels for the most part at a warehouse on Yakushima Island, a World Heritage Site off the coast of southern Japan. According to a distillery representative, the wet oceanside climate promotes rapid maturation with a significant angel’s share (evaporation of the whisky as it ages) and adds saline to the tongue to balance off the gentle peat flavors. 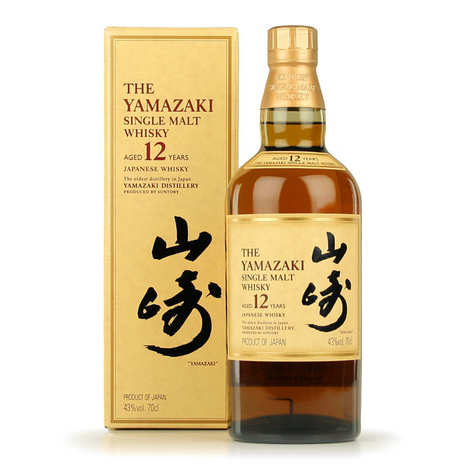 Yamazaki 12 is perhaps Suntory’s most well-known whisky in the United States, but expect to pay approximately $150 for a bottle currently. The whisky is light, with dry spice notes and plenty of fruity flavors, and it’s gentle on the oak, with a long finish. Yamazaki 12 is matured in a variety of barrels, resulting in a beautiful balance of flavors that, like a well-rehearsed orchestra, complement one other and culminate in something better than the sum of its parts. This is a classic Japanese whisky that everyone who is interested in the category should sample at least once. 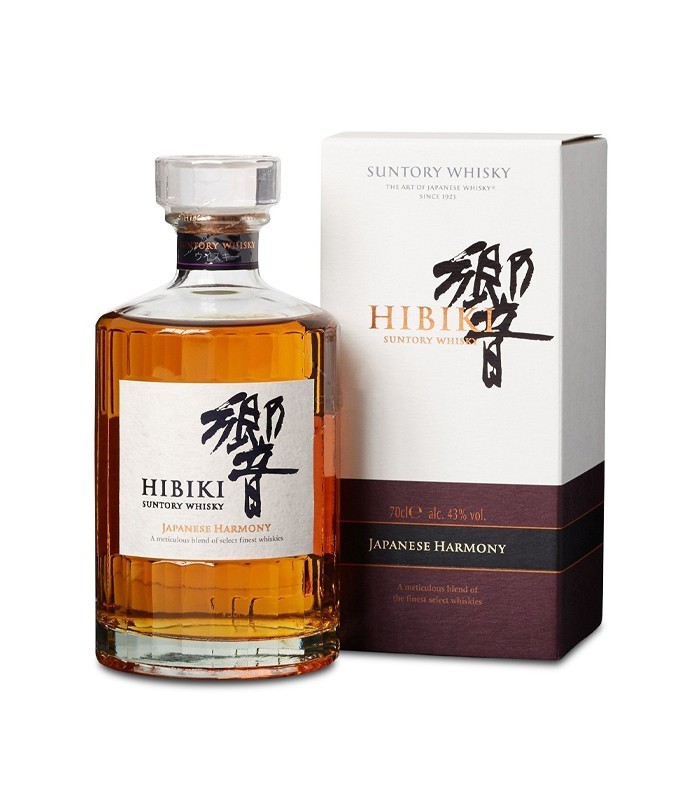 Blending is an important part of the Japanese whisky-making process. Flavors and balances are carefully considered, with some distilleries creating dozens of distinct whiskies that are blended into the final product. Suntory’s Hibiki blend debuted in 1989, and there are now three distinct expressions in the line.

The 17-year-old is perhaps the finest, an extremely well-rounded sipper with beautiful caramel and toffee flavors. But it’s simply too costly anymore, with bottles costing $500 or more (besides, it’s been discontinued in the United States, along with the 12-year-old expression). Instead, try Harmony, a NAS mix of malt and grain whisky matured in a variety of barrel types from Suntory’s three distilleries. It’s no 17, but let’s drink the whisky we can afford. 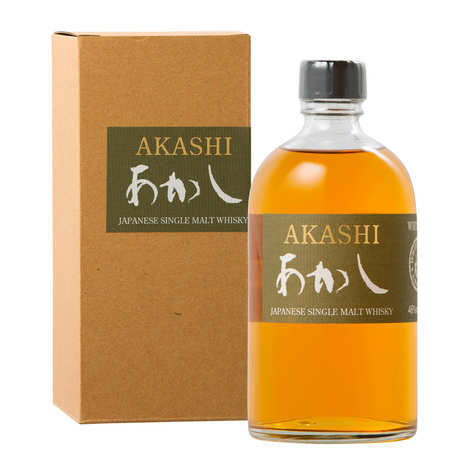 This single malt is a mash-up of several cask types, including bourbon, sherry, brandy, wine, and even shochu. It’s made in the White Oak distillery, which is near the coast, which the company claims puts a little of salt and brine into the whisky. Even if you don’t pick up on those nuances, this is a fun dram to drink.

Toffee and stone fruit notes compete with each other in the various barrels the whisky is matured in, complementing the whisky’s strong malty backbone. There is also a young mix called White Oak available, but this single malt is the best bottle to look for if you stumble across it. 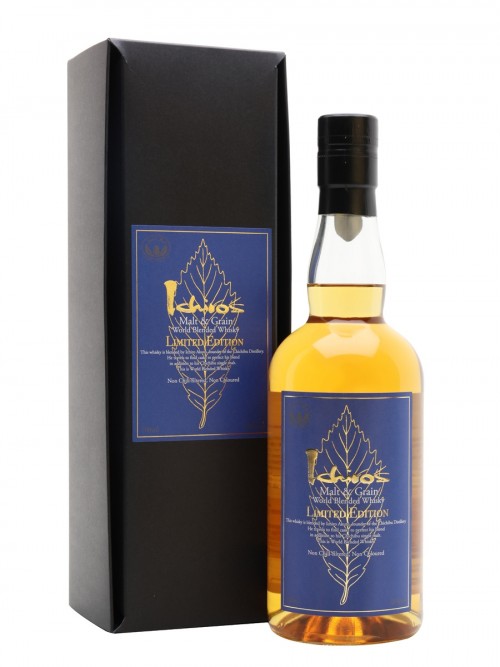 Ichiro Chichibu, which opened in 2008 on the ruins of the ancient Hanyu distillery approximately an hour outside of Tokyo, was founded on the remains of the former Hanyu distillery. The distillery is modest in comparison to others in Japan, yet the whisky is powerful. Malt and Grain is yet another combination of whiskey and whisky from across the world, or as the distillery refers to it, an “all-world blend.” Chichibu whisky is blended with scotch, Irish whiskey, Canadian rye, and American whiskey. 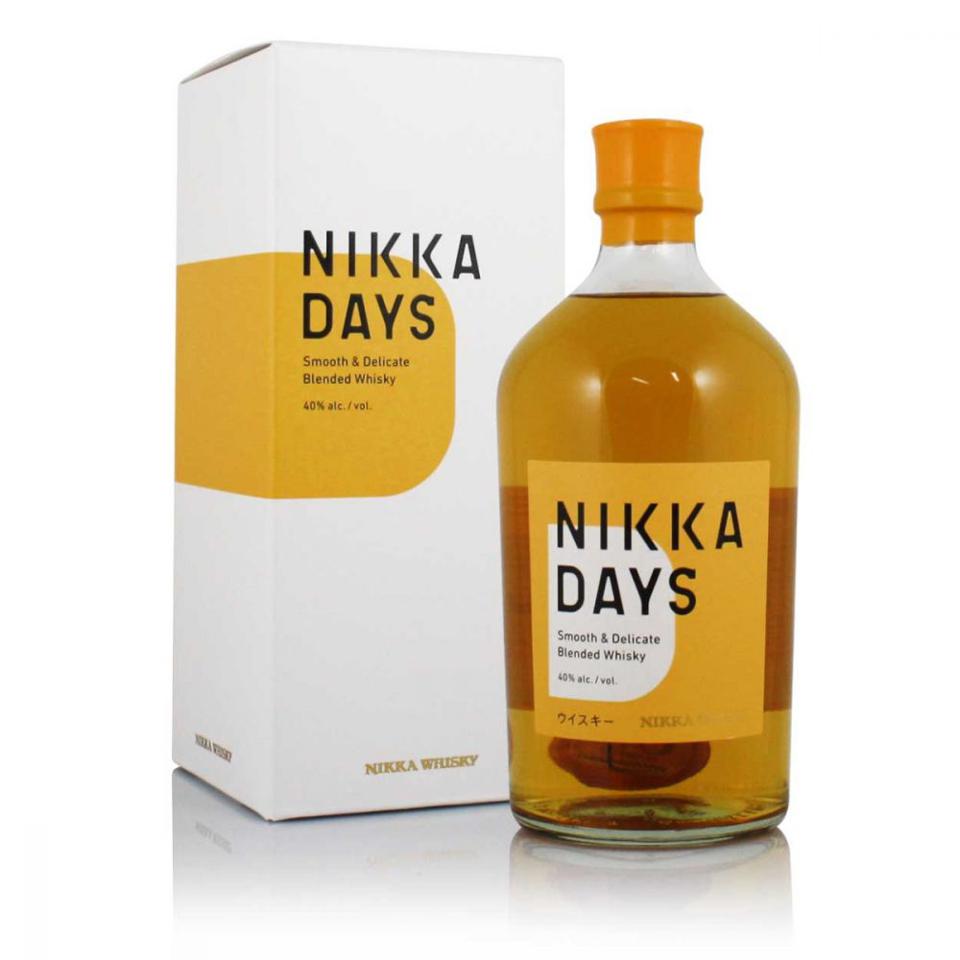 This is Nikka’s newest NAS mix, which was introduced in the United States last summer.
As the name suggests, it is intended to be an easy-drinking whisky that may be enjoyed on its own, in a highball, or even with some Coke if that’s your thing.

The blend is made up of “mellow and silky Coffey Grain Whisky and fragrant non-peated Miyagikyo malts, coupled with a touch of Coffey Malt Whisky and Yoichi malts to accentuate the brilliant sweetness and rich body,” according to the company. These are all terrific whiskies on their own, so it’s no surprise that they work well together. Compare it to last year’s outstanding Nikka From the Barrel mix to determine which you prefer. 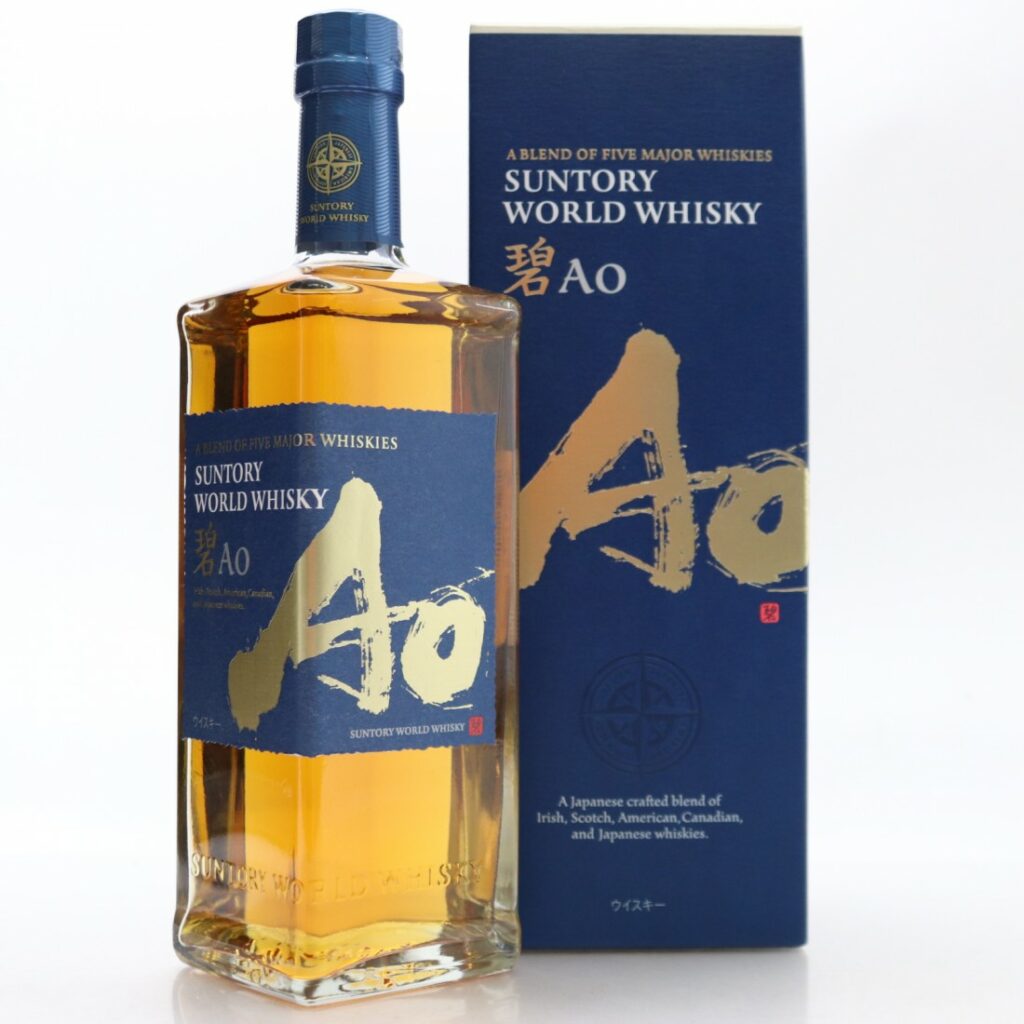 Although it contains some Suntory-distilled liquor, Ao is not strictly Japanese whisky.
This is an excellent illustration of how a company can get whisky from all around the world while remaining open about it.

Shinji Fukuyo, Suntory’s head blender, oversaw the project, which included whisky and whiskey from Ardmore and Glen Garioch in Scotland, Cooley in Ireland, Alberta in Canada, Jim Beam in the United States, and Yamazaki and Hakushu in Japan. Tasting comments indicate a smooth mouthfeel with hints of smokiness and cinnamon spice on the tongue. Ao was originally solely accessible in Japan, however, it is now available in worldwide travel retail (although the market for that might be a bit slow, given the pandemic).