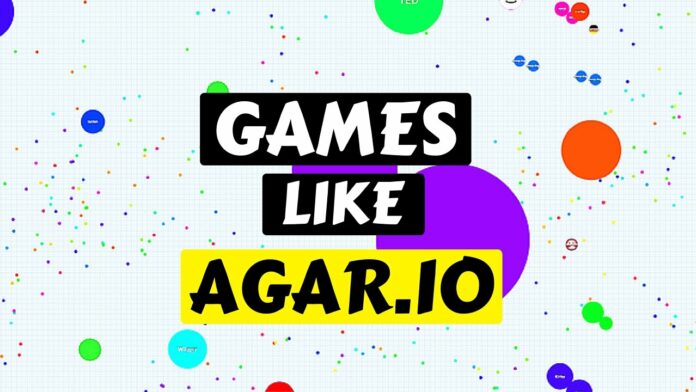 Agar.io is a game that was created in 2015 by a Brazilian developer. This game did not take long to become popular, several individuals came up with their own version of .io  games like Agar.io , Paper.io, etc., games like agario. We went through a lot of different .io games space to write this article and we just chose the Best Games Like Agario.

Gradually, a whole new genre of gaming was born and there are thousands of games like agario at present. So we went through a multitude of .io games space for this article and discovered the best games like agario that have a similar to grow theme and excellent mechanics. Now, having said that, let’s start exploring games like agario.

Agar.io is a game that allows you to play with your friends or with other players online.  You can start eating other players once you are big enough, and raise your rating on the scoreboard. The idea became popular and there hundreds of fun browser games like agario providing the same experience today.

A virus in Agar.io is a green cell that can be used as a mechanism of protection or offense. Your body is divided into 15 or less smaller cells if you ingest a virus. This helps you to save yourself before all your cells are eaten, since you do not die. Viruses often generate mass at certain times in the form of pellets that you can eat to grow.

Here, we have included games like agario that share a common theme, but provide different perspectives with additional power-up features. We also listed common games like agario, including Android and iOS, for mobile devices. 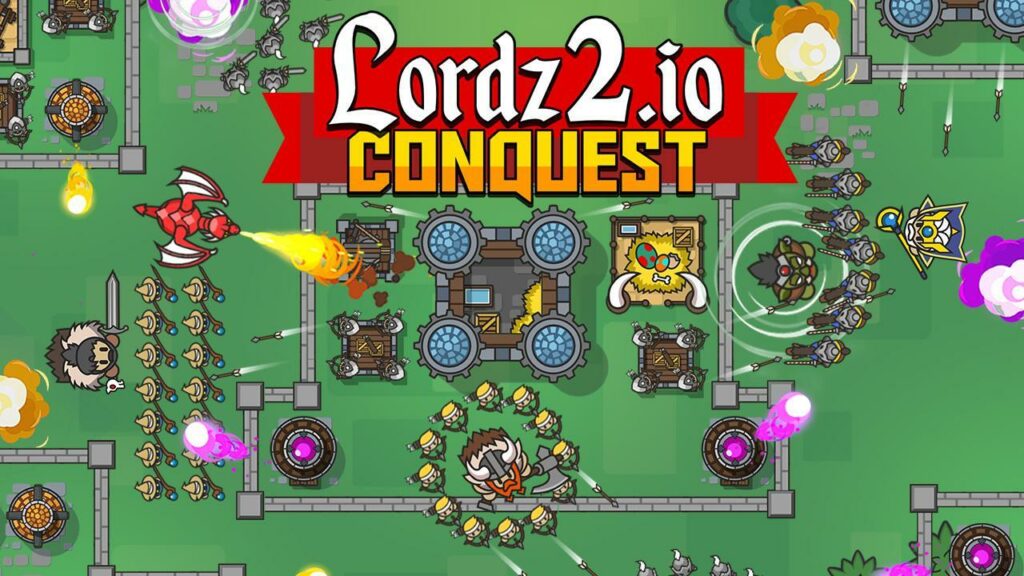 Lordz2.io is a major multiplayer game set in the age of lords, magicians and kings. You must build the largest army on the map to conquer new regions and extend your empire. It’s a very thrilling game and I love how Agar.io influenced this game. The best part of this game is that, unlike other games that have merely replicated the concept of Agar.io, making just a few improvements here and there, it has expanded the game and made it into something far more challenging and interesting.

Slither.io is certainly one of Agar.io’s most successful io games and a worthy choice. Here you play as a snake and try to gain size when protecting yourself from other rival snakes, close to cells. You will find small portions of food along the way, which will increase your size, but if you eat an enemy snake, your size will increase dramatically. The game mechanics are very nice and included in best games like agario. 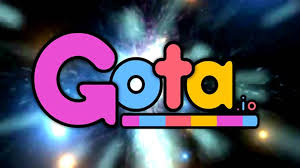 In terms of both theme and gameplay, Gota.io is very similar to Agar.io. Mechanics, however, is where the game takes the lead with quicker motion and some other characteristics. You can feed and increase your size with cells that are smaller than you. There are also several choices: to eject some of your mass, press the W key, which helps to dissipate other cells. By pressing the space key for better navigation, you can also divide your cell into smaller bits.

Pie.ai is another game like Agar.io that is about surviving in the arena and achieving a bigger scale. To fend off enemies, you can eat pies on your way and regain energy. There is, however, another opponent called AI drones that often drop cherry bombs, so do your best to save yourself. Other than that, you’re able to run, eat, ride and attack enemies as well. This is a little more difficult than the easy Agar.io, so definitely check it out if you are looking for anything challenging. 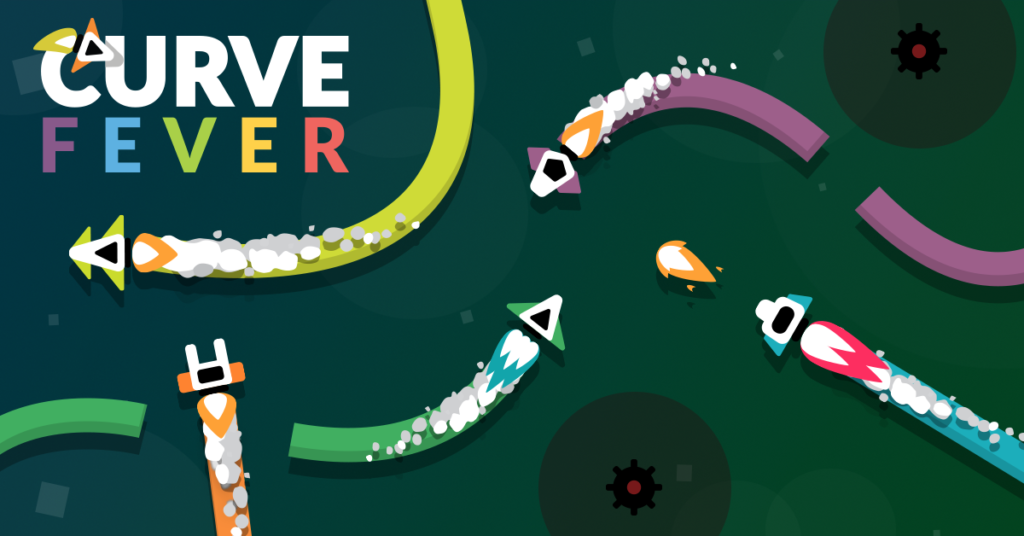 Another addictive game is Curvefever, which seems like a combination of Slither and Agar.io. While other games try both the theme of survival and expansion, Curvefever concentrates only on the bit of survival. It’s a super competitive game where you have to maneuver before the opponent with accurate moves to prevent any crash. There are also several useful mechanics that will help you avoid the death loop. If you enjoy playing games like agario, Slither.io, and Agar.io, then this is your game. 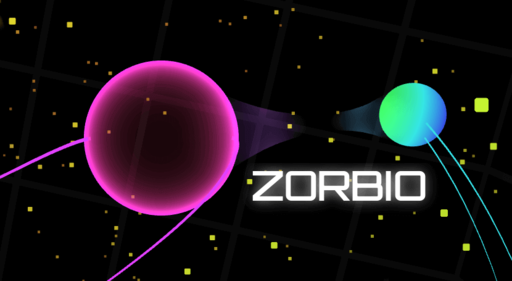 Zorb.io is a special alternative to Agar.io that is based in 3D instead of a 2D plane used in most alternative games of Agar.io. It’s quite close to eating and evolving gaming in terms of style. But this game’s fascinating aspect is how it’s played in 3D space. You’ve got to eat orbs of food floating in space to live in danger.
In addition, with a new drain mechanism that decreases the mass of a cell as it gets closer to larger cells, the dynamics are very fantastic. I’d say just play the game and enjoy the 3D experience with agar.io. 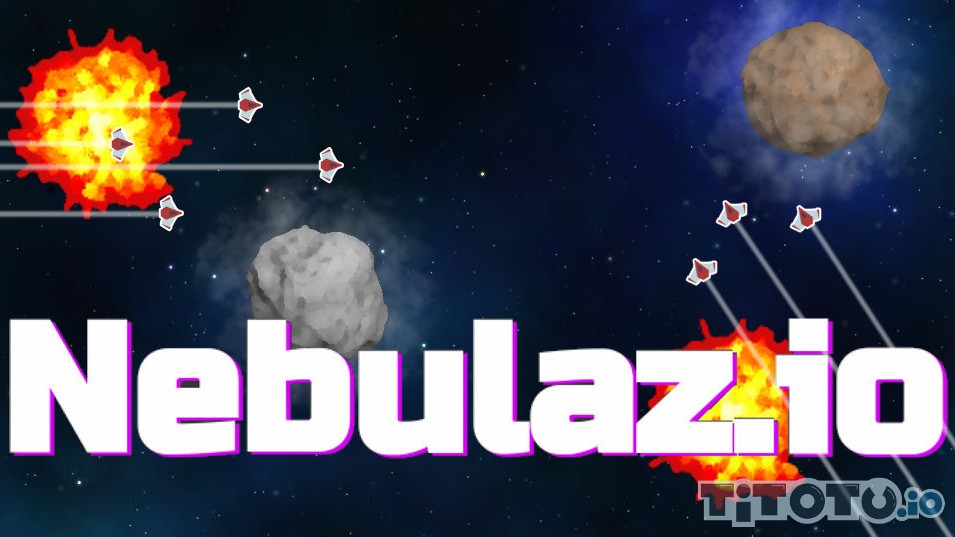 Another alternative to Agar.io for smartphones like Android and iOS is Nebulous.io. You play as a blob here, similar to cells, and try to expand by collecting other dots on the globe. You’ll have to stop bigger blobs in the game using the break and blob burst technique. When you are large enough, another smaller blob can be subsumed, slowly becoming the biggest blob on the chart. The game is very similar to Agar.io, in essence, and you will probably enjoy it on your mobile device.

Diep.io provides a 2D game based on survival strategy and with many features for power-ups. To win coins, you must shoot disguised items on the map. You can destroy other players with the aid of coins and pass to another level. Bullet firing, injury, and maximum destruction options are also available, but these are only unlocked once you earn enough coins. Because of its enigmatic enemies, I love this game and you should definitely give it a shot. 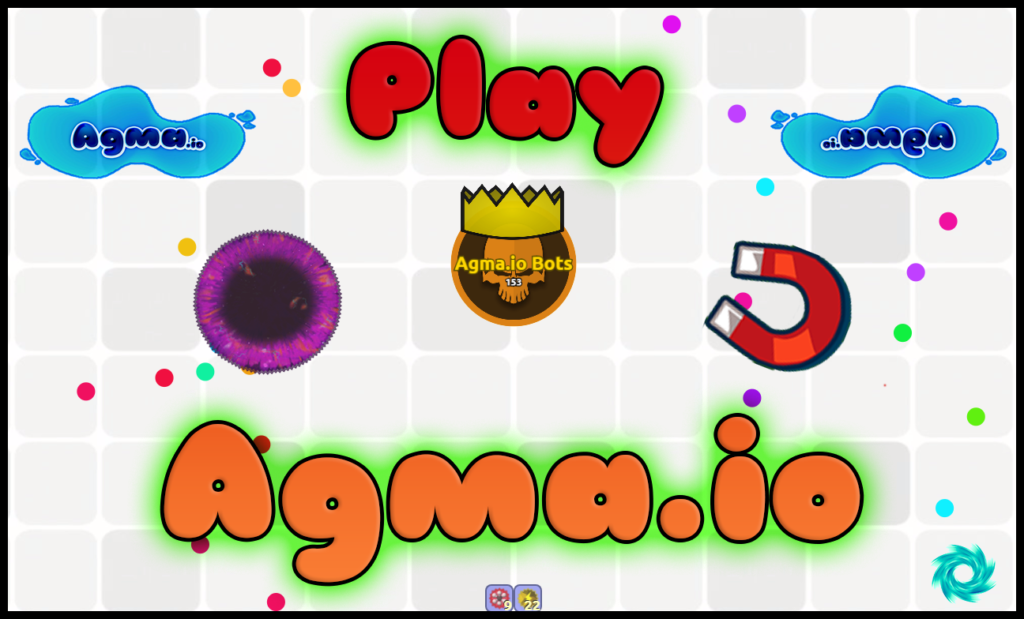 Agma.io is an outstanding game that provides some extra features like Agar.io. The gameplay is almost similar to that of Agar.io, so here you can feel right at home. In the game, one big difference is that the edibles travel on the map as well, so you get bigger faster. You also get to pick your name and skin, just like Agar.io. To get exclusive skins and nicknames, there is a “Gold Member” paying option that you can join. In the talk, you also obtain double the starting mass and a crown. Overall, Agma.io is an outstanding alternative to Agar.io, and you need to play it.

If you’re looking for an alternative to Agar.io for Android or iOS, Hole.io is a great application with a similar theme. In this game, to gain size and beat other black holes in
the city, you are a black hole and need to consume everything. You may consume different things, such as vehicles, houses, street lights, and even larger items. You can feel invincible, but in this game, only one black hole can be the winner, and that’s what makes it fascinating. Hole.io is an excellent start if you want to try games like Agar.io on your mobile device.

So that’s our list of the 10 best alternatives to Agar.io that share similar themes and mechanics. In case you are looking for something new and challenging, we have tried to include some off-beat games as well. We have also added games like Agar.io for Android and iOS devices so that when you are on the go, you can enjoy them. And all of
that is from us. Do let us in the comment section below if you like our pick.
Share
Facebook
Twitter
Pinterest
WhatsApp
Previous articleTop 10 Best Google Picasa Alternatives Updated in 2021
Next article12 Best Games Like Overwatch you can Play in 2021