Artificial Intelligence: The Next Revolution of Dating Industry 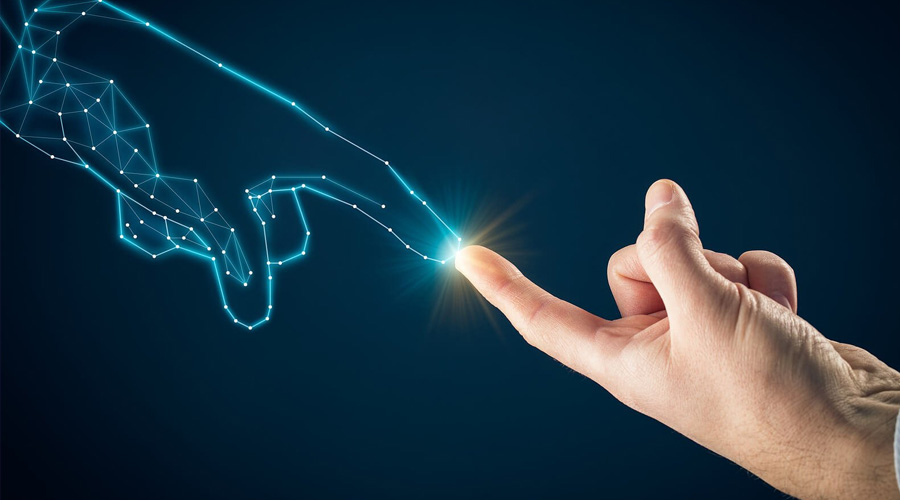 Artificial intelligence is the branch of computer science which stimulates human intelligence into computer-controlled robots for the purpose of performing tasks which are meant for humans.

The AI is gradually being accepted in different fields of work due to its tremendous performance at work and its accuracy. The AI has a wide range of benefits which includes: it involves a lesser cost, it processes information faster and better, it is capable of multitasking, it has a large market potential, it works constantly without breaking down.

There are thousands of dating sites especially for millennials and before now, these dating sites were just places where people meet then they work themselves through the process of getting to know the person and figuring out if they are a match and this is usually a lot of work to do most especially when you realize that the person you’ve been trying to establish a relationship with not your spec. Most people got tired of dating sites and even saw it as a fake place to find love.

Then AI was introduced into the dating industry to help fix certain human issues and it has been amazingly helpful since then. AI does not just connect people but it does an in-depth research on a person through the data acquired in order to find a perfect match for each person. It goes as far as suggesting dating venues and how the partners can meet.

Amazed already? Join me as I show you the proven facts that Artificial Intelligence is the next revolution of the dating industry and with it so many people have found their soulmates. AI can be said to be the new maker that finds the perfect match.

The dating industry is constantly expanding and the introduction of the AI system has made it even more populated. Unlike the usual dating app where users search for partners and conduct a personal research on them, AI based apps can predict, analyze and make matchmaking quite simple, easy and exciting. Let’s take a look at some AI based dating apps and what they do;

This is an AI dating app with an advanced facial recognition which matches any picture a user posts with anyone that most closely looks like the person. This could be a celebrity or an ex. You can learn more about this site via the dating site and how to delete your badoo account

Any user who needs a partner that has some facial qualities can upload the desired picture and this amazing app will scan through millions of people using the app and give a perfect match with that of the photo provided.

This is an AI supported dating app which helps to create or find romance and love through personal data and information. The female AI chatbot guides the user in the quest of finding love. It scans through the database of the user and uses his/her preference to match someone with similar features. Information like hobbies, zodiac signs, skills etc. Can be used to track a partner with similar qualities and interests.

This is a sophisticated AI app which follows up and does analysis of a conversation between partners and assists a user on the next move to take depending on the line of the conversations. It also suggests partners meeting physically to learn more and know each other better. It really helps people who are stuck to find their way through the awkward moments.

This is a fun AI app which suggests a place or restaurant to meet on a first date. This app encourages physical meetings and helps out with suggestions of the venue for the first date; this is dependent on the location of the users. It scans through the user’s location and suggests a place which suits the level of romance the user is engaged in.

AI has been able to match couples intelligently using amazing matchmaking features. It has credible ways of accessing and leveraging on a user’s data in order to find a perfect match which suits his personality. The use of AI for matchmaking saves time and energy and it’s more accurate than that of a human.

One of the reasons why people were discouraged from using dating apps was the fake identities of people. Some users of dating apps used it for fraudulent practices thereby creating distrust in the mind of other users and as such the rate of users decreased. With the use of AI systems, fake identities can be spotted and eradicated. Some special features of AI have helped it pick out suspicious identities and this has helped users create and establish trust in most AI based dating apps.

Most AI based dating apps have generated lots of income through the app. Most AI apps like Loveflutter which recommends meeting offline also suggests restaurants which the lovers can possibly meet. If the users agree with the restaurant type, the dating site contacts the restaurant for information, this helps create an agreement between the dating site and the third party restaurant and there are usually commissions attached with it.

One of the major challenges of dating sites is growth. Before the use of AI, dating sites had a regular pattern and there was rarely an improvement but with the use of AI, the app grows way faster by making use of information gotten from users. If a user is successful in the relationship on the dating app, the AI takes note of information like gifts, places to meet, kitchen choices etc. Then the AI suggests these ideas to a new user with similar preference for a credible result. This increases the value of the dating site and increases its review as it has gained more value apart from the core reason of the app creation.

Artificial Intelligence has helped evolve the dating industry and has added more value to the industry as it goes beyond just finding a match. This revolution has helped many users find their partners with much ease . The incredible features of the AI based apps have also helped gain users trust.

Using an AI based dating app is highly encouraged for people searching for partners or just casual friendship, as the AI system can help perfectly with any user preference.