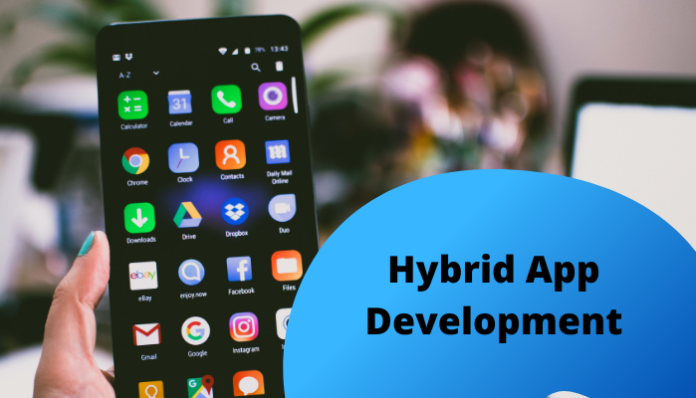 A lot of times, terms like Android, iOS, Native, and Hybrid drivers are being heard. Speaking of the two very famous Android and Hybrid apps, while Android is a free and open-source operating system from Google, Hybrid apps development refers to the ones that make use of their native app platform APIs on a device and are applicable to perform over both mobile and desktop environments.

In that case, developing Hybrid drivers apps makes complete sense. Although native app Android applications, too, can be developed, the hybrid ones have their own significance. We will be shedding some light on the same in this write-up. But, before that, let’s go through some basics.

The most important reason for developing Android Hybrid apps is ability to use them over other platforms as well, in case your mind changes, supposedly, iOS.

And how is that possible? Let’s take a look.

An Android application is an application developed using several tools to operate over Android mobile devices. It has gained significant popularity since its launch, such that its usage has extended over mobile devices to other platforms, including music players, ebook readers, televisions, wearable gadgets, etc.

The native part is about using a native container and backing of programming languages like CSS Javascript and HTML5 for the development. The hybrid applications can perform on several different platforms once they are being downloaded from the app stores such as Google Play Store or Apple App Store.

Even the businesses today are rapidly turning towards the use of hybrid apps for their business. The most fascinating part is code reusability that offers an agile development with remarkable user experience.

The famous tools that can be brought to use for hybrid app development include Apache Cordova, Adobe PhoneGap, Alpha Anywhere, Ionic Framework, OutSystems, Kony, Xamarin, etc.

Some pros of hybrid application development are:

By developing an Android Hybrid application, you can provide a friendly user experience along with the cost-effectiveness and an active and scalable development cycle.

Even if you come up with a new version of your hybrid application, submitting it to Apple App Store for the launch or making updates is quite easier with no need to submit the new version of the app again if there are no changes regarding native code.

You make use of mainly Java, HTML, JavaScript, and CSS for Android Hybrid app development who reuse their knowledge and diminishes the need to write codes again. The same app is capable of working across multiple platforms with single coding that has been done before. There is no doubt that hybrid app development being so efficient has extreme scope for the goals and objectives of your project and business.

1.Faster Marketing Time: In order to develop a hybrid application, you don’t need to invest much time as it is typically faster and needs reusable standards skills. Once developed rapidly, they can be marketed equally across all platforms due to the availability of similar features.

2. Effective Cross-Platform Development: Hybrid apps come equipped with the ability of cross-platform compatibility, thus minimizing the need for the native code. The cross-platform development cycle of Android Hybrid applications contribute to keeping the cost associated with the development and testing low as well. Using the codes again lets you achieve the “develop once, deploy many” architecture.

3. Abundance of Resources: Hybrid applications are developed with the use of numerous web technologies. This implies that there are many tools along with web developers and experts available, having the exact features and skill set respectively required for building Android Hybrid mobile apps.

4. Cost-Effectiveness: In the case of hybrid applications, the cost of maintenance is relatively lower as you don’t need to rewrite the application code as the platform changes. Even the scaling of hybrid apps as well is simpler and manageable.

Let’s forget all other aspects for a moment and focus on the statistics which say:

Observing these statistics, we can say that the existence and future of mobile applications seem very promising. They certainly have a long way ahead.

And the Android Hybrid mobile app development, too, by making all sense, has a way to go!

With Android Hybrid apps’ capability to enhance the end-user experience with smooth, productive and consistent performance, you are bound to see the progress in no time.

In the end, just make sure to avail the right services from an experienced partner to carry out your project and make it reach the heights of success.