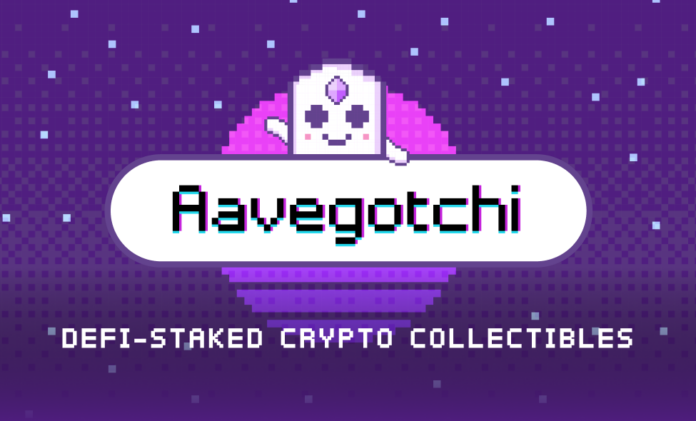 Aavegotchi ($GHST coin), operated by Aaave, is a hybrid of DeFi staking and non-fungible tokens (NFT) with three distinct characteristics that determine their worth and rarity: collateral stake, traits, and wearable.

The NFTs that work within the DeFi framework were developed by Aaave, one of the most popular DeFi protocols today. The project demonstrates a promising alternative to many stakeholders’ yield farming practices.

Aavegotchi gsat stock was launched in July 2018 by the Aaave team to provide new high-yield farming options. This project integrates entertaining gaming mechanics into the platform to provide users with a new type of DeFi experience. The team of builders working for the Aavegotchi team is led by Daniel Mathieu, lead developer at Buillionix.io, and Jesse Johnson, co-founder at Bullionix. The main goal of their work is to “gamify the DeFi experience” using NFTs.

Aavegotchis are crypto-collectibles based on Ethereum and powered by NFT technology. Other blockchain-based games, such as Cryptokitties, use a similar setup for their own gaming economies, as do the Aavegotchi NFTs.

Simply put, the goal is to create NFTs that can hold their value and appreciate over time by combining DeFi and yield farming concepts. The Aavegotchi team wanted to compare the project to the Tamagotchi. Aavegotchis are the blockchain equivalents of the digital pets that we play with in Tamagotchi. Aavegotchis are interactive NFTs that can store digital currency. The value and rarity of the Aavegotchi NFT are determined by three factors.

They are as follows:

Spirit Force – In DeFi lingo, this translates to “collateral stake.” Every owner’s Aave-backed ERC20 tokens are held as collateral in an escrow account at Aavegotchi.

Aave’s lending pool accepts these collateralize tokens, which are known as “aTokens.” This helps to increase the value of aTokens held in Aavegotchi’s escrow account because these assets can generate yield over time. Many aTokens are supported by the platform today, including aDAI, aLEND, aLINK, and aUSD, among others.

Aavegotchis – can have a variety of traits that define their identity as NFTs. These characteristics influence their rarity, performance, and wear ability compatibility. While most of these characteristics are assigned to Aaavegotchis at random when they are created, they can be influenced by user interactions.

Wearables – Aavegotchi can also be used to manage child NFTs thanks to the ERC-998 composability standard. The wearables that users can attach to Aavegotchis are powered by these child NFTs. They can change the traits and value of compatible Aavegotchis if worn on them.

ERC-20 tokens listed on the Aave platform are currently the only collateral that can be staked on Aavegotchis. The number of acceptable collaterals can be expanded once the AavegotchiDAO is launched.

The rarity of an Aaavegotchi has an impact on its value. On the ecosystem, this also introduces the concept of “rareity farming.” Users are rewarded for training and trading rare Aavegotchis with other players on the platform.

The Portal is the only way for users to summon or create Aavegotchis. This is backed by a smart contract that allows new NFTs to be created. Portals can be purchased through the Aaavegaotchi dapp or a third-party marketplace. Users must stake the required collateral in order to claim Aavegotchis. Only one Aavegotchi can be summoned at a time through a portal.

The Portal is the only way for users to summon or create Aavegotchis. This is backed by a smart contract that allows new NFTs to be created. Portals can be purchased through the Aavegotchi dapp or a third-party marketplace. Users must stake the required collateral in order to claim Aavegotchis. Only one Aavegotchi can be summoned at a time through a portal.

What is $GHST Token?

The Aaavegotchi platform’s native utility token is $GHST. They can be used as a medium of exchange, to pay fees for things like portals and wearables, to vote, and to farm rarities. To mint REALM, you’ll also need $GHST. On the Aave platform, $GHSTs can be freely transferred to other users or exchanged for supported tokens.

5,000,000 GHST tokens will be distributed in a private round at a price of 0.05 DAI / GHST. Participants who have completed KYC and have a minimum of 20K DAI to redeem for GHST tokens are eligible to participate. The total vesting period is 365 days, with the first release of tokens on the 180th day after the pre-sale round closes, followed by a release over the next 185 days.

At least 500,000 GHST tokens will be distributed during the pre-sale round, at a price of 0.1 DAI/GHST. Participants with KYC validation are welcome to participate, and there is no minimum contribution. The vesting period for the Public Round is the same as for the Private Round. The money raised during the pre-sale will go into the Token Bonding Curve reserve pool as liquidity.

The platform’s community-governance model will be supported by the AavegotchiDAO. Users can choose from a list of collaterals that can be staked in NFTs, change gaming parameters, and even limit the number of Aavegotchis that can be created in the future using this protocol. Token holders are rewarded with GHST to encourage them to participate in community governance.

This refers to the Aavegotchis’ metaverse. The Realm is a digital world where Aavegotchis can communicate with one another, play games, execute smart contracts, and request governance functions. By staking GHST tokens, users can buy REALM (land parcels) in the Aavegotchi world.

Aavegotchi’s Realm is also the AavegotchiDAO’s social layer, designed to give community voters a more visual experience. Aavegotchis gather in a 2D town square to discuss platform proposals and vote in this digital experience.

For many newcomers, the DeFi space appears to be a bit too complicated. This reality can be intimidating for someone who is just getting started in the blockchain world, which unfortunately creates psychological barriers to adoption. Platforms that assist users in easing into DeFi could be beneficial additions to the crypto space as a whole.

Aaavegotchi is a valuable concept in this regard, as it has a promising model for making high-yield farming more accessible to anyone. Gamifying the DeFi space for anyone interested in dabbling in interest-earning products is likely to aid adoption in the long run. Overall, the project has a lot of promise in terms of demonstrating the ability of various blockchain innovations, such as NFTs and collateral staking, to provide trustworthy financial products and services.